Why is BN scared of a snap election in Penang?

Minister Abdul Aziz said it's not necessary nor wise for the Penang CM to call a snap election as it'll be a waste of public funds, and for LGE to take pity on Penangite voters. 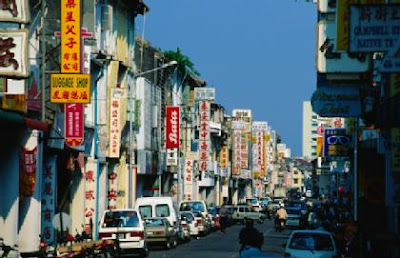 Gerakan has advised against having a snap state election. Its party president (who only managed to beat a DAP newcomer, sweetie Dyana Sofya Mohd Daud, in his home town, Teluk Intan, in the last by-election by a mere 238 votes - shame on him) grumbled about the snap election being an annoying distraction and an added burden because of the associated financial cost ... yadda yadda yadda.

Minister Rahman Dahlan also mentioned the non-necessity for a snap election in Penang as it will unnecessarily involve wasting public resources, and that PKR will be the one to lose most if such an election were to be held. He gave the same warning to the DAP.

It's amazing that Rahman Dahlan has been so concerned about loss of seats to the PKR and the DAP, wakakaka.

The common denominator has been that all the component parties in BN don't want a Penang snap election.

And we all know the BN is hardly an altruistic entity, worrying about losses to its political foes, public resources or extra footwork for the Penang voters.

They show they're shit scared to meet the people's might.

Gerakan, MCA and MIC makan telur itek.
Telling isn't it, with such an abysmal standing in the Penang DUN, the BN has been responding to the rumours of a state snap election with a most bizarre lack of enthusiasm, when such a snap election will be an early opportunity for them to claw back some seats off DAP and PKR? After all, the BN is already at rock bottom so where can it go except upwards?