MGR-ish makeover - a letter to a minister

I refer to the timely and fatherly warning you gave to the tambees and tangachees, who are like your owned children, advising them to 'be prepared to pay the price' if they are silly enough to vote for those alien Indians who came to our beloved country on a Rocket, or worse, those PAS candidates.

I cannot understand their ingratitude to your outstanding leadership when against so much odds you have managed to secure for Indian Malaysians at least 1.5% equity of the national wealth from an impossible situation.

So what if those Malay and Chinese communities each have 30 or 40% equity when the richest man in Malaysia is an Indian, who by the way owns 1% (of the 1.5%) equity. It is an outstanding fact they should take pride in and cherish. As for the other 0.5% we know it is in ‘safe’ hands.

Yes indeed, have those ingrates failed to realize 'Indian prospects without your leadership would disintegrate'?

Some detractors even had the brazen nerve to stupidly riposte that the Indians need not worry about any prospects disintegrating when after all they have no prospect in the first place to disintegrate. No doubt it was an opposition dirty tricks rumour-mongering that should be dealt with under the ISA. We are aware of your immense contribution in raising the standing of the Indian community within Malaysian society.

But what is insidious about those opposition lies, no doubt spread by unemployed female liars who constitute 80% of Malaysian bloggers, that your nominees have been avoiding you for fear that you would jeopardize their chances of being elected. How dare Malaysiakini put it that you have become among your own people a much feared political liability who is to be shunned during the election campaign.

I was outraged to hear of the opposition ditty:

What lies! Natuk, we must stress to your most devoted followers the importance of not listening to dangerous people who have no qualms about becoming the tools of foreign nations to damage our country, including national unity and the economy (of which Indian Malaysians hold a magnificent 1.5% equity).

Indeed I have been appalled by the unnecessary, libellous and distorted reporting on you, especially now it is time for the Election 2008.

I have often come across such negative information from that insidious online Malaysiakini. Oh, I can assure you, Natuk, I do not read the provocative Malaysiakini at all.

It was one of my shop assistants (female, as to be expected) who kept feeding me with such insidious news. No doubt she was skiving from her duties (as to be expected of a female) to surf the Internet. I would not be surprised at all if she is one of those lying female bloggers. Well, it will not be long before she acquires the third qualification – unemployment.

Anyway, Natuk, I believe my Dodgee Creative Con-Sultan Solutions can do something for you by addressing those vicious lies.

I propose a full makeover for you into a Malaysian MGR. My team will accord you the complete physical, psychological and emotional enhancements including karaoke training, all within 48 hours. We will turn you into a Puratchi Thalaivar, the Revolting ... er ... Revolutionary Leader. It will be another (Malaysian) Rajakumaari enacted. Your personality and public con-tribution will definitely be worthy of a Bharat Ratna, if not a Tun-ship. 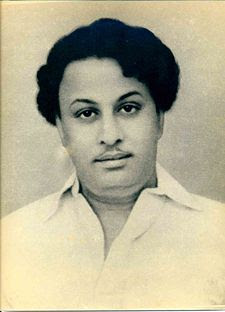 
Also a full portfolio will be built up on each trouble maker and forwarded to the ‘Songnai-Seepoot’ Light Brigade for appropriate action. In addition, I will get my team to compose an appropriate ditty to combat that terrible lie, as follows:

Aiyoyo, don’t look so glum
Aneh’s somewhere aroun'
Get ready the hot papadum
C’mon our MGR is in town

I await Natuk’s kind evaluation of Dodgee Creative Con-Sultan Solutions' proposal to combat the opposition lies and to revitalize your most charming brilliant generous image and leadership.