Dr Chandra Muzzafar: "Anwar Ibrahim as PM will be an unmitigated disaster for Malaysia!"

Dr Chandra Muzzafar was the man who … er … ;-) … helmed … Aliran for years even before we had the Internet and such likes.

He joined KeADILan, the single-issue party formed to campaign for the release of Anwar Ibrahim, and became its Deputy President. PKR former treasurer Abdul Rahman (KeADILan membership card No 3) did the same, and so did Ezam Mohd Nor, once Anwar’s right hand man. Another anwarista who rallied around his besieged flag in 1998 was Johari Jasin, a Youth leader.

All left KeADILan-PKR at one stage or another, with all (except Chandra Muzzafar) expressing their disgust with the man they had supported in his moments of need.

Malaysiakini reported in July 2007 that when Ezam left, half the committee members in the Shah Alam division of PKR also left in anger at the party's treatment of Ezam.

To encapsulate their thoughts, here is Johari Yasin's resignation (from PKR) statement:

“When he was in prison, we fought till (ex-premier Dr) Mahathir (Mohamad) eventually stepped down but since he was released, we have not seen him being critical against Umno or (the Prime Minister) Abdullah Ahmad Badawi.”

“Anwar claimed he has evidence of corruption against government ministers, but except for making criticisms, have you seen him expose any document so far?”

“If the party call those who quit traitors, I would like to respond by saying it is Anwar who has betrayed the members and this struggle.”

Now Chandra Muzzafar, who has remained silent on why he left KeADILan, has finally spoken out, stating that it’ll be an unmitigated disaster for Malaysia if Anwar is PM.

Dr Chandra said that while the former deputy prime minister was a good speaker, he was not the sort of leader the country needed as he was now singing a different tune from when he was in the Government.

What kaytee has called the Brahma face personality. 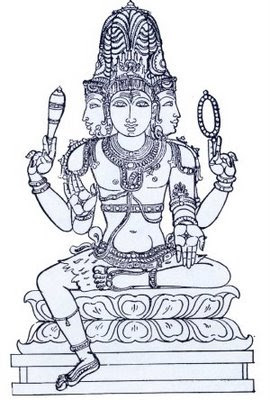 The former deputy president of PKR said it was sad that many non-Malays in the country were taken in by Anwar’s so-called multi-ethnic stand.

“Today, he is portraying a totally different image and it is sad that quite a lot of non-Malays believe in this man. He is saying today that he wants to abolish the NEP and that is music to their ears. We are so communal that we cannot evaluate a person objectively.”

As I have always lamented, those anwaristas are desperate in looking for a political Messiah that they would even accept a ferocious UMNO-bred predatory leopard, which would never changed his spots.

Dr Chandra recalled that when Anwar was Education Minister, he had compelled schools to switch from using (the term) Bahasa Malaysia to Bahasa Melayu.

“Tunku Abdul Rahman wanted the use of Bahasa Malaysia to bring all the communities together and he (Anwar) forced Bahasa Melayu upon the school system. He was also responsible for putting non-Chinese educated administrators in Chinese schools.”

Yesterday in Political snippets (11) I discussed an MCA leaflet that accused Anwar Ibrahim of:

(i) Being against the Chinese cultural lion and dragon dances when he was then culture, youth and sports minister in 1982

(iii) placing non-Mandarin speaking administrators in government-run Chinese primary schools [which provoked an attempted meeting among the anxious MCA, Gerakan and DAP a la Shaolin Temple that led to Operation Lallang - which led to Uncle Lim gaining his LLB while eating nasi kandar or perhaps nasi kosong in Kem Kamunting]

Anwar didn’t denied those accusations and attempted to brush them off as standard BN-UMNO policies, as if he wasn't an UMNO man who was both the Culture and then Education Ministers, bringing about some of the nation's most divisive policies.

Dr Chandra said that Anwar, in dealing with the Kampung Jawa clash between the Hindus and Indian Muslims in Penang, had said then that “he would make sure the temple bells would not ring in the country anymore”.

Wah! And he wants the Indians now to support him - what cheek!

Dr Chandra said the most important quality of a leader in a multi-ethnic country was honesty and when a leader spoke on sensitive ethnic issues, he must say the same thing to non-Malays as to the Malays. He blasted Anwar: “You cannot play games because it is very dangerous.”

I was a journalist in the mainstream media for over 20 years, and very often I covered Anwar's functions, especially involving Umno, its youth wing and Abim (Islamic Youth Movement of Malaysia).

I had never heard of one speak with so much disdain of the Chinese before. We, the journalists, knew that Anwar was trying to be all things to all people, so when he addressed ‘kampung’ people with a skewed view of inter-communal affairs, he would tell them what they wanted to hear.

The reporters would duly file their stories to the editors, who then would mangle the reports to make Anwar look good, even if that meant less accuracy. Yes, indeed - Anwar appointed most of the editors in the mainstream media, and he certainly did not mince his words when it came to relations with Singapore or the ethnic Chinese.

At one Umno youth rally in 1987, he ranted and raved, urging Chinese Malaysians to ‘go back to China’ if they were not happy in Malaysia. But, of course, that was not published for fear of damaging his image.

So, now the former deputy prime minister is trying to be an angel, supposedly innocent of everything that occurred when he was in power. It was the same with his accusations of the government being corrupt, the very institution of which he had been part of for 15 years and had enjoyed its largesse and dispensed patronage in a way typical of Umno even now.

It insults my intelligence to read of him accusing his former compatriots and colleagues of being what he himself was wholeheartedly.

What can I say! No doubt the anwaristas, in the modus operandi of their de facto leader, will condemn Dr Chandra Muzzafar rather than probe beneath their idol's chameleon hide.
Posted by KTemoc at 7:36 pm