MARCH 15 — Malaysians must reject all types of bigotry, and always stand up for one another.

New Zealand experienced an unspeakable horror today, the likes of which no human being, community or nation should ever be subject to.

The shootings at two mosques left at least 40 dead, and was one of the worst massacres New Zealand has ever had the misfortune to experience.

Barely hours later, we had the further misfortune to hear some truly appalling statements by a senator for Queensland, in Australia, Fraser Anning, who said:

“Let us be clear, while Muslims may have been the victims today, usually they are the perpetrators. World-wide, Muslims are killing people in the name of their faith on an industrial scale.”

“The entire religion of Islam is simply the violent ideology of a sixth century despot masquerading as a religious leader, which justifies endless war against anyone who opposes it and calls for the murder of unbelievers and apostates.”

“The truth is that Islam is not like any other faith. It is the religious equivalent of fascism. And just because the followers of this savage belief were not the killers in this instance does not make them blameless.”

“As we read in Matthew 26:52 ‘All they that take the sword, shall perish by the sword” and those who follow a violent religion that calls on them to murder us, cannot be too surprised when someone takes them at their word and responds in kind.”

This level of naked, despicable bigotry is shocking.

You may ask: Who the eff is this a$$h@l^ Fraser Anning?

William Fraser Anning is an Australian white supremacist and politician who has been a Senator for Queensland Australia since 10 November 2017.

Anning was elected to the Senate after a special recount was triggered by the removal of One Nation Senator Malcolm Roberts, who was found ineligible to be chosen as a senator due to his British citizenship.

While Australia accepts dual citizenship, one cannot be elected to either the Australian Senate or Lower House if one continues to hold the foreign citizenship. Many Australian senators and MPs were recently disqualified from Parliament due to their dual citizenship with Britain, New Zealand, Italy, Greece etc.

Anning replaces the disqualified Malcolm Roberts and sat as an independent until June 2018 when he joined Katter's Australian Party as its first senator, before being expelled from the party in October 2018 for his inflammatory rhetoric concerning immigration, including his mention of a "final solution" to the problem.

The "final solution" was of course the name of the Nazi Party plan to exterminate the Jews during WWII. 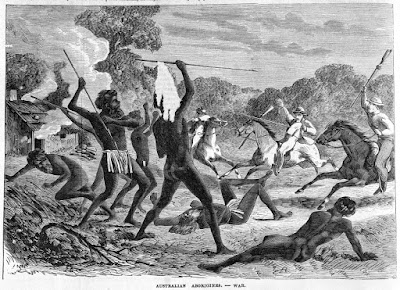 Fraser Anning's remarks have been disgusting and inflammatory and condemned by Australia's PM and politicians.

One of the murderers of the massacre in Christchurch have been an extremist Australian, 28-year old Brenton Tarrant from Grafton, New South Wales. He filmed the attack using a headcam.

Tarrant filmed himself for 16 minutes as he sprayed victims with bullets during Friday prayers at the Masjid Al Noor mosque. He published an online link to a lengthy "manifesto", which a security analyst described as “straight out of the white supremacist playbook”.

The manifesto said the attack was revenge for the "invaders in European lands" and "we must ensure the existence of our people, and a future for white children”.

He also wrote that he began planning the attack “roughly two years in advance”, and chose the final location three months prior to the attack. [...] 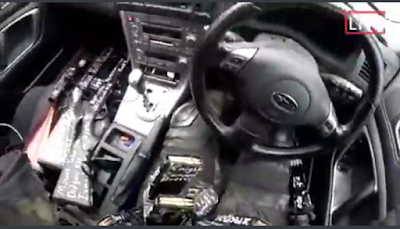 He opened fire several times before throwing the gun to the ground.

Tarrant then picked up another gun and continued to fire, shooting one person as they desperately attempted to crawl away.
He then got into another room where he fired at people trying to hide from him.

Once outside, the man shot again down the street.

The shooters' rifles had "Alexandre Bissonette" and "Luca Traini" written on them - the names of mosque shooters in Italy and Canada.

Fortunately the Bangladesh cricket team who were about to enter the Masjid Al Noor mosque, near where they were due to play their final Test match of their tour of New Zealand, were NOT harmed.

While the massacre has been horrendous I am not surprised as those of us Malaysians who live here would have noted the many right wing comments against Muslims being issued lately by many irresponsible politicians and notorious extremists.

The surprise has been that it did not happen in Australia but instead Christchurch, one of the most lovely places I have had the pleasure of staying in my overseas duties. The people in Christchurch are amongst the friendliest I have known. 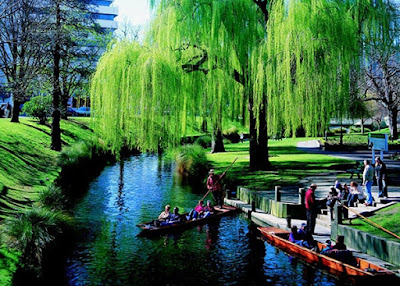 What a sad day for everyone and the world when extremists spoilt the day with their ruthless bloody massacres. Australian pollies and right wingers should mind their anti-Islamic utterances and 'border control' provocations.