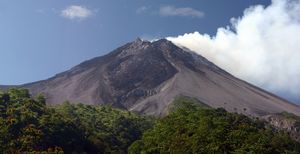 The Indonesian Javanese who survived the recent earthquake in Yogya (city of Yogyakarta) and cowered under the still potential volcanic threat of Gunung Merapi, fear there could be worse to come. Yogya is so situated between the foot of the still-active Merapi volcano and the mystical Indian Ocean. They are not dismissing the threat of a tsunami.

As the BBC reported, the word tsunami has a special power in Indonesia these days. A year and half ago it was Aceh, so why not the island of Java today? Besides, the same huge offshore fault line runs all the way down the edge of the archipelago.
While those in Aceh who had suffered one of history’s greatest disasters in the Boxing Day tsunami attributed the devastation down to God’s will and perhaps punishment, the Javanese have a different belief to the recent calamities happening around them. 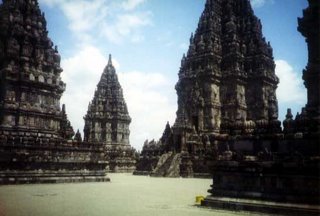 As with most Javanese beliefs coloured by centuries of Hindu beliefs, there is much mysticism. The Javanese have recalled the legendary Queen of the South Sea. She is a beautiful creature dressed in green, who controls the nearby sea and sea bed.

She carries the title of Loro Kidul (Queen of the South Seas), or Kanjeng Ratu Kidul (Supreme Southern Queen), or sometimes Roro Kidul (The Southern Maiden). The Goddess of the Sea reigns, naturally, on the southern coast of Java. She has been the traditional protector of the Mataram Dynasty and its current descendants.

The Javanese believe she has the power to unleash a giant wave when she’s pissed off. But what has pissed her off?

Well, it seems that, by traditional belief, the Queen is married spiritually to the descendant of those ancient rulers She had been protecting, making her current spouse today's very mortal Sultan of Yogyakarta. The bloke in republican Indonesia is still revered by the local Javanese as right royalty. He is coincidentally the local governor. 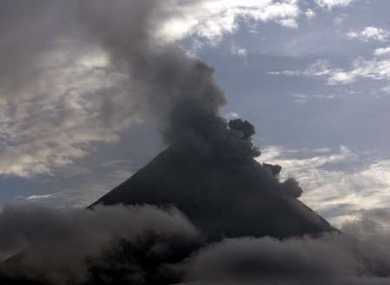 The Javanese believe the sultan has not been treating his wife with enough respect these days, thus making her mad. Added to the problem of Kanjeng Loro Kidul's divine ire, someone else is angry too, namely the giant who controls the nearby volcano, Mount Merapi. He is Kiyai Sapujagad, and related to Loro Kidul through his marriage to Her daughter.
Hope you have got the family tree all organised by now. Mum-in-law of the spirit of Gunung Merapi is the Queen of the Southern Oceans, while son-in-law of Kanjeng Loro Kidul is Kiyai Sapujagad, the guardian spirit of the volcano. It’s one mighty angry family.
Mind you, that's the simple version because the guardian spirits of Gunung Merapi vary, depending on locality. For example, on the volcano's northern slopes, it's mBah (Granddad) Petruk. 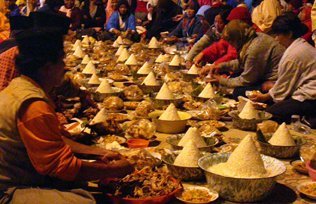 But in the south, facing the ocean, the guardian spirit is our Loro Kidul's favourite son-in-law, Kyai Sapujagad. Other spirits believed to live in or guard the volcano include Nyai Kendit and Dewi Gadung Melati. You can say that there's quite a busy divine community up at the top of Gunung Merapi.

Java’s most famous local fortune teller, who goes by the most un-Javanese name of Madam Lauren, is predicting a massive eruption by mid-June. Why do the locals think that mortal hubby, the Sultan of Yogya, has not been fulfilling his spousal obligations? 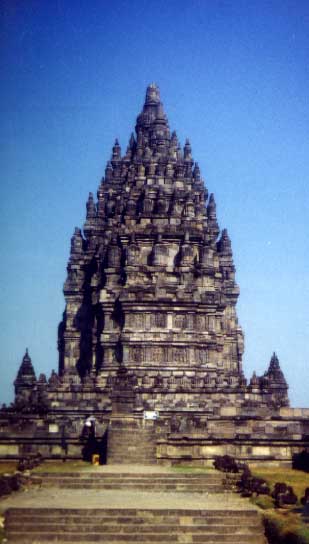 The Javanese blamed the recent earthly instability on fast-paced modern lifestyle, and that the spirits have been warning residents to lead more simple lives. They reckon people (Javanese) are no longer living sedately, and becoming too preoccupied with worldly things.

Wignyo, a 47-year-old farmer from the village of Kaliadem on the southern side of the volcano said: "We can only surmise that we are being warned. We are used to earthquakes. It only surprised us for a brief moment." 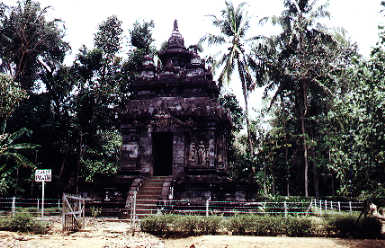 Traditional Javanese beliefs said both Kanjeng Loro Kidul and Her fiery son-in-law Kiyai Sapujagad have protected Yogya, the main city in the region, and the surrounding area for centuries. These two powerful spirits have agreed to protect the royal house of Yogyakarta back in legendary times of the Mataram Dynasty (actually just 16 - 17th Century). 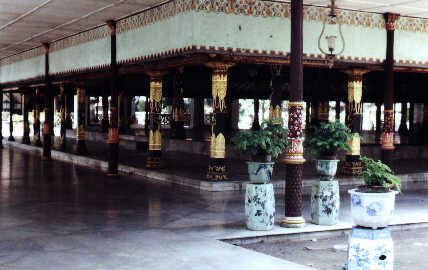 In return for their protection, 10 generations of kings in Yogya, holding the title of sultans, are required to present annual offerings of clothes, tobacco, food and flowers, known as the Labuhan ceremonies, to both the spirits of the Southern Sea and Gunung Merapi.

mBah (Granddad) Marijan, the traditional spiritual keeper of Gunung Merapi said: "Javanese believers in spiritualism would see this as a signal, or you can also say a warning, from the Almighty. The problem is whether people understand this warning or not.”

Agustina Ismunjiah, an official guide for foreign visitors to the palace in Yogyakarta, known as the Kraton, added: “I believe that Merapi and the earthquakes are linked, that they are both warnings to the people."

"They are warnings to the people, so that they engage in introspection and review their relations with God, fellow human beings and the environment."

"The sultan has abandoned many of the old ways. The sense of being Javanese is waning."

For example, in accordance with Javanese traditional homage to the Spirits, thousands of pilgrims make offerings to honour Kanjeng Ratu Kidul on the nights before Tuesday and Friday Kliwon (2 sacred days in the 35-day Javanese Wetonan calendar), at the Parang Kusumo beach.

The Parang Kusumo was where Panembahan Senopati, the first legendary ruler of the Javanese Mataram Dynasty received a divine revelation at the southern beach of Parang Tritis (20 km south of Yogyakarta). There, he made an agreement with Kanjeng Ratu Kidul, where the Queen would always protect the kings of Mataram and its people from evil deeds in exchange for the spiritual marriage of every king of the Mataram dynasty to Her. 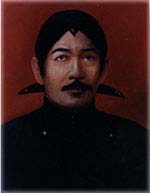 The stories of Panembahan Senopati are filled with tales of mystical power and occult feats - hardly surprising when Java was then under the powerful influence of Tantric Hinduism.

One legend surrounding him has it that Merapi symbolized the male world while the South Sea symbolized the female. Thus Merapi eruptions symbolize sexual intercourse between Panembahan Senopati and his divine spouse Ratu Kidul, which will bring wealth to the people. I suppose there's truth in this as the flowing lava would fertilise and enrich the hillside farming land.

His grandson (I think, as he’s the 3rd King of the Mataram Dynasty) Sultan Agung Hanyokrokusumo was the greatest king warrior in Java. Under his rule Mataram reached its peak, dominating most parts of Java. His grave in the hill of Imogiri is still visited by a lot of pilgrims, who believe in his sacred supernatural power.

The current ruler of the royal house of Yogyakarta, Sultan Hamengkubuwono X, does not hold royal status anymore but is still revered by local Javanese as royalty. Thus it was not strange he has been apppointed by Jakarta as the governor of Yogyakarta province as he commands local respect and loyalty. But can he afford to abandon his century-old obligation to heed the warning of his divine spouse and (through his spiritual ‘marriage’) his immortal son-in-law?

Farmer Wignyo has the last word. He cautioned that if people failed to heed the first warning, a second would follow: "It all comes back to us."