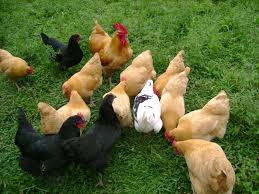 The problem was poultry prices and he believed that some traders were taking advantage of the coming festive season to raise prices.

“It is possible that some traders are holding back supply because of the high demand,” he said.

Ismail added that it was without question that the cost of chicken feed, which is mostly imported maize, had increased due to the depreciation of the ringgit against the US dollar.

“We have to import because we cannot grow maize in Malaysia. Even the soybeans mixed in the feed are also imported.

Every f* pre-festival we hear the same message and accompanying excuses, in their various forms, as:

... whether the feared shortage was on chicken, beef, mutton, eggs, flour, minyak, etc, and in this case, even santan.

For a minister to give assurances and excuses each and EVERY year, there has to be sheer bad management or something naughty and hanky panky going on on the supply side. And don't just blame those small traders but look more at the conglomerates. It's beginning to sound like Indians and Russians of yesteryears booking for their own car 10 years ahead.

I could tell you a story on how several years ago one wannabe-get-rich-instantaneously with "connections" had attempted by approved monopoly to corner the mandarin-orange market in the pre Chinese New Year market. One of the most effective boycott of goods then took place and the bloke was sent scurrying away with his tail between his hind quarters to his tuan's arms. But I won't now, wakakaka.

So will the minister/authority stop the blame & excuse game. The free market is about supply & demand, and the traders are more than happy to make profits in increased sales - that's the very essence of business.

Also anticipate festival requirements and ensure the shelves on the supermarkets, wet markets and kedai2 kampung are well stocked. Don't wait until a shortage crisis occur before importing.