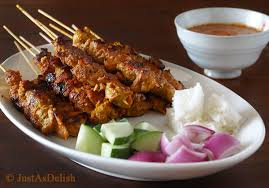 As I blogged in my previous post Kerabu-ed divorcee wakakaka, PAS is now having second thoughts about the political separation from DAP, which Mat Sabu tells us (via Malaysiakini) had been nothing more than unscrupulous intra-party black propaganda against rivals a la the UMNO tactic of ketuanan Melayu or "dia pro Christian" as Ku Li was once accused (indirectly and slyly via a photo) or "dia pro China", a victim being Tunku Abdul Rahman, and many of you may not believe it, also Najib - read my post Why Dr M dislikes Najib? in which you would be able to read (extracts only):

He said Najib had emulated the opposition in his attempts to woo the Chinese and Indians during his first few years in office by dialling back on pro-Bumiputera policies.

“He reduced places for Bumis in the government universities even though in the numerous private universities and twinned colleges, Bumis make up less than 10%,” Dr Mahathir wrote in his latest blog post. Bumiputera contractors and small businesses no longer had government favour. Most had to stop their businesses."“Without saying so in so many words, he had adopted the Malaysian Malaysia slogan of the opposition, only calling it One Malaysia instead.”

In my post Kerabu-ed divorcee I provided a story of an ex-hubby who still wants to enjoy the perks of married life even after he had gotten rid of his wife with his 3 utterances of talaq, in a sheer shameless display of wanting to "have his cake and eat it too" - read Malaysiakini's Don’t quit posts yet, DAP divorce not final.


Divorce not final? Wakakaka, au contraire. Lim Guan Eng seems to have made it very clear the relationship between PAS and DAP is irrevocably over, with what I feel as perhaps a tat harsh in his dismissal of Dr Wan's offer to patch things up between the two parties - see TMI We don’t need mediators to settle issues with PAS, says Guan Eng.

Our dear Guan Eng must have enjoyed driving and twisting the sharp knife of separation deep into PAS self-inflicted 'divorce' with DAP, mocking the PAS people to resign from their Penang government appointments.

Mind, he did not forget to salute an honorable Mat Sabu and exempt the latter from his unmitigated contempt for those who obviously wanted to cling on to positions rather than their PAS party principles, wakakaka.

And Salleh Man, the sole PAS ADUN in Penang (for Permatang Pasir) could not be reached for comments by the Star Online on his post as the Penang Islamic Religious Council president. Kaytee wonders if he's currently deeply engaged in main menyorok (aci-rok in Penang Hokkien) with the kids around his neighbourhood, wakakaka.

While the situation regarding the more than 100 1000 Penang government appointments currently occupied by PAS people is quite clear, that they should resign because it'd be totally untenable for them to hang on to the skirt hem (wakakaka) of a DAP-PKR state government headed by a DAP CM, the situation is less clear in Selangor, more so with the rancidness of last year's satay still fouling the air.

For a start it's not a state government dominated by the DAP as in Penang, with 15 DAP ADUN, 15 PAS ADUN and 13 PKR ADUN making up the kerajaan negeri Selangor.

15 vs 15 is clearly a stalemate, thus making PKR the deciding element there.

The situation of a minority PKR having the largest say is not new but to be expected in Malaysia, based on a combination of factors, one being that of Islamist PAS and secular DAP standing at opposite ends of the ideological spectrum but with PKR straddling them and supposedly becoming the moderator, and another (far more important factor) being the indispensable politico-cultural requirement of ketuanan Melayu where the MB has to be a Malay, but preferably a ketuanan Melayu party occupying the politico-religious middle ground thus rendering PKR (fundamentally an UMNO splinter group) the default choice.

The above stark reality is unavoidable with DAP being principally a Chinese-Indian dominated political party without a single Malay ADUN in Selangor. PKR's supremacy in Selangor has been contributed in part by, I suspect, DAP's old-previous tight-ass membership policy which had probably tightly vetted away the faintest sniff of potential frogs. Besides, the black propaganda against DAP by UMNO over the last 40 years had been quite effective, dissuading Malays from joining what they have been told to be a Chinese chauvinistic party.

I'm glad to see that the party has changed with a more inclusive membership with many excellent Malay members but it still needs to both enlarge and expedite its new membership process if it wants to avoid being consigned to just a bridesmaid's role in any coalition state government in a sultanate.

So PKR gets to control Selangor notwithstanding it is the (iffy) Pakatan component party with the least number of seats. DAP with its greater number of ADUN just has to suck on that.

PAS is quite happy dealing with PKR with the latter as the primus inter pares in the Selangor PR for 2 reasons, firstly the latter is as mentioned, at its very core, a Malay party (yes, a splinter of UMNO, wakakaka) and secondly, DAP will not* or is unlikely to support its candidate for the MB position, especially now when it's so hudud-bent.

* recall in 2008, that DAP had INITIALLY objected to PAS' Nizar Jamaluddin as MB of the PR state government in Perak

Time for another set of calculation (hopefully this time better that the one for 916)? Now where's that mathematically challenged sweetie named after Samuel's** mum? Wakakaka. 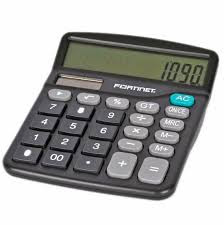 ** you know Samuel, the priest-judge that I don't like because he was jealous and spiteful of Saul for taking over rule of the Israelites (not by force, murders, assassinations or deceit like David but at the request of the Israelite people) and went about sabotaging the poor warrior-king in the eyes of the believers as if god had abandoned Saul

If Pakatan in Selangor were to formally bubar (dissolve) because of unworkable unsustainable conditions within the coalition, then we'll get 12 UMNO, 1 Khalid who's pro UMNO (if not, at least anti-PR) plus, if the rumours of Pak Haji's political-ethnic driven proclivity is true, 15 PAS (though 2 mentioned their preference to stick with the old Pakatan but this is still iffy), giving us on one side of the political divide, 28 ADUN or 50% of the DUN.

Thus if PAS decides to follow the 'Malay Unity' road then it looks like Selangor may end up with a hung parliament, though as alluded above, PKR will ultimately be the one to cast the deciding vote, and I can sense which way it'll go BUT wakakaka I admit I'm just being biased, though my bias does have some grounds.

Assuming the worst case scenario, if indeed the PKR leadership decides to swing over for 'Malay Unity', I wonder whether that will cause a rapture within itself, with the 'nons' leaving?

What will they do in the event of PKR leadership deciding on a 'new' coalition of Barisan Melayu in Selangor? Remain with PKR in a 'Malay Unity' state government or become independent or join DAP?

What do you readers think? Wakakaka.

The repercussions of such a PKR move in Selangor will can be far reaching, even up to Penang, because DAP holds ONLY 19 seats in the 40-seat Penang DUN. Again, the PKR 'non' ADUN in Penang will have a major say in the stability of the current state government.

How will they respond to PKR Selangor's notional move across? I suspect there may even be one or two PKR Malay ADUN in Penang who may wish to side with DAP in such a political split.

Three paragraphs above I substitute 'will be far reaching' with 'can be far reaching' because I reckon DAP in Penang is far more safe than in Selangor, notwithstanding some known bad blood existing between the PKR Chinese ADUN and LGE, but then we'll never know until the notional conundrum becomes a reality.

Mind, I have been considering only the worst case scenario in Selangor with regards to the ethnic proclivity of PKR leadership.

If PAS plays havoc in Selangor and Azmin Ali with the total backing of the PKR top leadership decides to continue the party's alliance with the DAP, then Azmin could recommend to HRH the dissolution of the Selangor DUN and to call for a new state elections.

Both PKR and DAP could then go for the 15 PAS constituencies and the 12 UMNO ones - that's 27 to be shared. I believe if PKR sheds off its avaricious Sarawak-type mentality in seat allocation and takes, say 17 to 20 and leaves 7 to 10 for the DAP, it will be a reasonable division of seats which will maintain the vital goodwill between them.

Now, why would DAP want to contest in PAS and UMNO seats in Selangor?

Read TMI's PAS cutting ties with DAP will give rise to Malay tsunami, says DAP Johor in which it reports on the views of Liew Chin Tong, DAP Chairman for Johor and the party's strategist par excellence, as follows (extracts only):

"The hard-line stance on various issues relating to Islam taken by PAS conservatives will mean that voters in Sabah, Sarawak and non-Muslims would not trust the hard-liners in PAS," he said.

He added that conservatives in the Islamist party advocating closer relations with Umno when anti-Najib and anti-Umno sentiments were building up will also result in PAS losing its middle ground Malay support.

In this scenario, Liew said DAP Johor will attempt to be the rallying point of all anti-Umno forces to defeat the ruling party.

He said the state branch will ensure that DAP was part of the anticipated realignment in Malaysian politics.

"With two-thirds of the parliamentary seats in Johor being multi-ethnic in nature, DAP must break out from the existing constraints to secure support from non-Malay voters, but also make the DAP the party of choice for Malay voters in urban and semi-urban settings."

Have we got that? But please don't fret Azmin, you'll still get to be PM, wakakaka.

And Pak Haji Mahfuz Omar and his PAS colleagues can continue with their breasts groping or breast thumping stories, wakakaka. 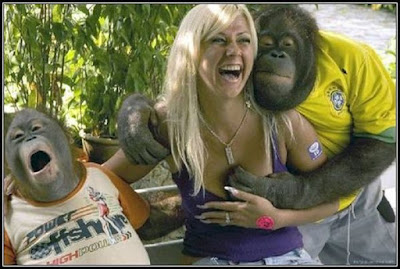 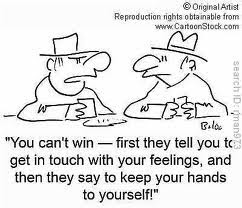