Below is my comment at Malaysia-Today in respect of RPK's post WHAT DO YOU WANT FROM OUR RULERS? 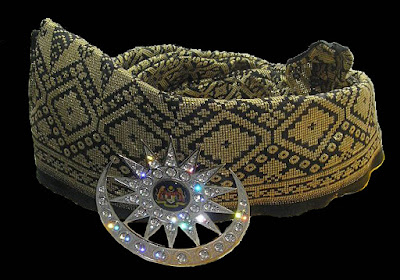 RPK penned (extracts): “If the Rulers remain silent then why do we need Rulers?” appears to be the common comment in the social media. “If the Rulers do not speak up for the rakyat then we might as well abolish the Monarchy and turn Malaysia into a Republic. It is a waste of money to maintain a Monarchy that does not fight for therakyat.”

Well, the Johor Crown Prince has spoken up and now see what has happened. He is being accused of meddling in politics. He is being challenged to step down as the Crown Prince and contest the elections if he wants to become a politician.

So what do you really want from our Rulers, to remain silent or to speak up?

I commented as follows:

Firstly we have to decide whether we still have a constitutional monarchy, both at federal and state level. If indeed we still have that, then the monarch must stay above politics, meaning the monarch (including heirs-appointed or apparent, namely Crown Princes or Tengku Mahkota's) have to stay OUT of politics and remain absolutely neutral in the political going ons of our nation or state.

What then is the role of the monarchs?

They are our heads of state, each respectively an important figure for all of us to focus on as a pillar of stability, continuity and centre of gravity of our undivided loyalty. Without such a central figure, our nation will be internally ripped asunder.

When a monarch or his heir-apparent takes side in politics, it's likely he will become at best a point of dislike or in the worst case scenario a focus of hatred. And this what the nation being ripped asunder means.

The same goes for the supposedly Apolitical military and civil service. THis has been why I look down on (disapprove of) the politicizing antics of Major Zaidi, formerly of the RMAF.

Look at Thailand where more than half the nation are chaffing at the reins to "whack" Prayut Chan-o-cha, the current but UNelected PM and his cabal of royals, nobility, big business and the armed services. Without the military and their weaponry, imagine what the Red Shirts would have done.

Thailand has a by far stronger pro-monarchical sentiments than we have, yet I foresee dangerous time for the Thai royal in the very foreseeable future. I have talked with Thais in Oz who have openly voiced (perhaps for the first time) their utter disgust with, even hatred for (not King Bumiphol whom they still adore) but a significant member of the royalty. I hope we won't ever approach such a sentiment, a radical and about-turn change in allegiance for the pro-monarch Thais.

Unfortunately there is currently a false impression of strong public support for TM Johor [in his stoush with Minister Nazri Aziz], but if we filter out the muddled-headed political mentality of many Malaysians, that support has been only because TM Johor had politically spoken out against Najib.

Compare that with their reaction to the declarations of the Sultan of Pahang. And also recall how Raja Nazrin as Crown Prince was praised sky high UNTIL his dad was involved in what was termed the Perak constitutional crisis. Without being disloyal or seditious I hypothetically suspect that had the conditions being favourable to the then angry mob, Perak might have ended being a republic today or at least see a change in the royal line to the throne.

If the monarchs want to play a direct role in politics, then they should do what Tunku Abdul Rahman and Ku Li had/have done, namely, step out from beneath the royal umbrella and be prepared for very dirty grubby political criticisms and even abuses, remembering once they step out from beneath the royal brolly they will no longer enjoy the immunity, respect and adoration they as constitutional monarchs are entitled to. And as politician-ordinary citizen they can't go around "whacking" with impunity those people who criticize them.

Just remember, a little south of us many sultanates were rid off and in India, Indira Gandhi deposed and disposed of many maharajas and nawabs.

Arch-monarchist, our beloved Tunku Abdul Rahman, had instilled in us a love of the monarchy, so we (monarchs and subjects) should make a sincere effort to uphold his legacy in this respect.