I had then commented: What was not mentioned (because alas, it's a bloody f* fact which you shouldn't be bothered with) is that the PM or for that matter, any PM or diplomat, enjoys diplomatic immunity abroad and cannot be touched, with one exception, that on matters involving war crimes. 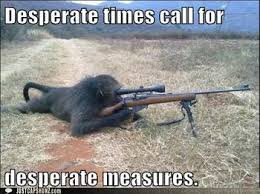 Then, a desperate Mahathir had resorted to using the example of Sudan's President Omar al-Bashir who is wanted by the International Criminal Court for war crimes, genocide and crimes against humanity in Darfur (but an alleged crime ignored by many Islamic countries, Russia and China, etc).

Aiyoyo, pathetic lah. I was deeply disappointed by this once-strongman of Malaysia who was obviously desperately flinging poo around. We know he wants Najib out for his own political purpose.

Now, he disappoints me again by singing a different belakang-pusing & merajuk-ish tune, saying Najib [is] safe abroad, [as] international laws won't touch him.

With his volte-face kok-talk, can we or should we follow his guttersnipe attacks every which way at his foe? Before, when he was PM, we didn't. Why then should we now, when he is even worse than before?

We must, have to draw a principled line in the sand, and stop listening to his rants.