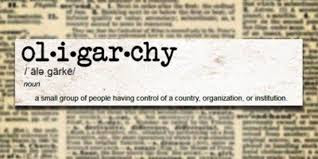 Wikipedia informs us the following on 'Oligarchy':


Oligarchy (from Greek ὀλιγαρχία (oligarkhía); from ὀλίγος (olígos), meaning "few", and ἄρχω (arkho), meaning "to rule or to command") is a form of power structure in which power effectively rests with a small number of people.

These people could be distinguished by royalty, wealth, family ties, education, corporate, religious or military control.

Such states are often controlled by a few prominent families who typically pass their influence from one generation to the next, but inheritance is not a necessary condition for the application of this term.

Throughout history, oligarchies have often been tyrannical, relying on public obedience or oppression to exist.

Malaysia (like Singapore, Myanmar, Philippines, sub-Continent states like Pakistan, India, Bangladesh and Sri Lanka, and indeed North Korea) is ruled by an oligarchy. 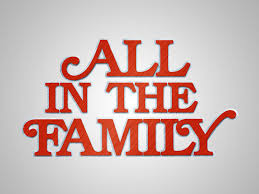 Though the Wikipedia explanation talks about an exclusive group, my post is even more specific, about one particular factor, that of rule by a few families and their ties.

For example, in the Philippines, you have the Macapagal's, Marcos' and Aquino's, with an actor (Joseph Estrada) and a general (Fidel Ramos) breaking the family pattern but only for a while. 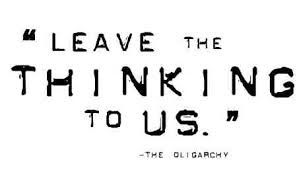 In Malaysia, we have the Razak's including their close relatives the Onn(s?), Mahathir(s?), and the AAB(s?).

My notation of (s?) implies a potential PM in that family, respectively Hishamuddin, Mukhriz and KJ.

On that, many suspect that Najib will be succeeded by his cousin (the son of Hussein Onn), though Mahathir wants his son as PM, and which has been the reason for his current campaign against Ah Jib Gor.

If now-popular Nazir Razak of CIMB becomes PM (a possibility considering Lim KS wants him as an exalted all-powerful tongue-lashing ombudsman to chew up ministers, wakakaka) just remember he is also Razak's son and indeed Najib's brother and thus part of the Malaysian political oligarchy. 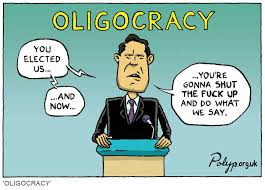 Ahmad Zahid as PM will break up the cozy ruling family group, wakakaka.

OTOH, if Anwar Ibrahim is freed and becomes PM, then it could spell another family affair vis-a-vis the PM post a la Anwar(s?) - Wan Azizah, Nurul, Nuha and who-else - perpetuating the Malaysian oligarchy.

Back to now - But if Mahathir loses to Najib, then Mukhriz will be toast, and Mahathir ends like Tunku, a 'one-off'.

That's because even if Najib is not vengeful, someone close to him could be, wakakaka.

The Old Man must try harder or his son will soon be a goner and he'll lose his place among the Malaysian political family-oligarchy, wakakaka. 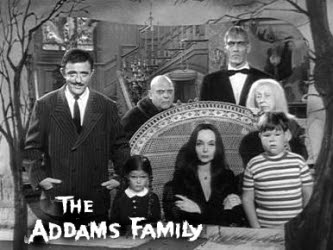