I have to say that yesterday I was amazed (surprised), delighted and at the same time slightly embarrassed by the Chinese ambassador to Malaysia commenting on the threat by pro-UMNO Red Shirts to "visit" Petaling Street. 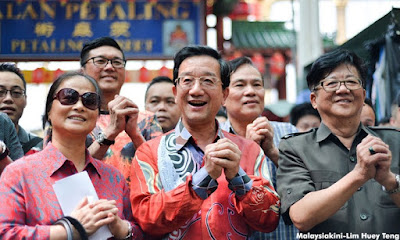 TMI reported that Dr Huang Huikang, his wife and a few Chinese embassy officials visited Petaling Street and warned those who used violence to disrupt public order in the country. He said the Chinese government was opposed to terrorism, extremism and any forms of discrimination based on race.

The report also said that Dr Huang, who was accompanied by his wife and other embassy officials presented mooncakes to the traders in the popular shopping street, also known as Chinatown, in conjunction with the Mid-Autumn Festival.

He expressed admiration with Petaling Street that had Chinese and traders of other races as well.

"Business is good here. There are many tourists. I am proud to see Chinese traders working closely with Malay and Indian traders in harmony in developing this area," he was quoted as saying.

The ambassador said it would be a shame if the peaceful environment at Petaling Street was disrupted by those with ill-intentions, adding that he was confident with the ability of the police to ensure public order.

I have to admit my embarrassment has been more of a selfish reason, that Dr Huang's message would likely have worsened the Malay acrimony towards Chinese Malaysians.

At the same time I was delighted because it's always helpful for prominent foreigners to speak up against racism in Malaysia, where recently we had (via a news article on the MM Online) Thailand’s former foreign minister Kasit Piromya advising Malaysians of the dangers in playing the racial card when holding street demonstrations. He warned that ethnic sectarian affairs would be disastrous not only for Malaysia but the entire Southeast Asian region, leading them to suffer the fates of Libya, Iraq and Syria.


Foreigners are welcomed because no one in Malaysia listens anymore to local leaders on both sides of politics. But it would have been better if it had been, say, the Japanese ambassador (wakakaka), the Indonesian ambassador or better still (wakakaka again) the Saudi ambassador. Hmmm, I believe ambassadors of Western nations would have infuriated the Malays.

I was amazed (surprised) because I didn't/couldn't believe that the Chinese Ambassador to Malaysia would be commenting on a sensitive Malaysian internal affair involving local Chinese. I do wonder about his staged stroll through Petaling Street to purportedly "present mooncakes" to the local traders there. 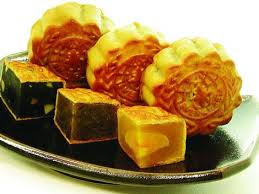 The days of Chinese jus sanguinis*, of overseas Chinese (even those born abroad) being automatically citizens of China and therefore deserving of her protection, are over, indeed on the day Mao Zedong told overseas Chinese to become good citizens of their respective country of residence. I believe he made that policy announcement when Tun Razak first visited China in the 70's.

* incidentally, India still applies jus sanguinis whether our Malaysian aneh and tambee like it or not, wakakaka.

It has been a very unusual statement by Dr Huang, in fact I would even say an undiplomatic message. It's very unusual because at this point in time China does not want to make naughty undiplomatic waves but rather friends especially in this part of the world.

Besides why would China (and its ambassador) worry about a few local Chinese in Petaling Street being bashed up? What would be the benefit for her?

Additionally, China or its ambassador does not warn a friendly small nation like Malaysia. Yes, it would/will warn her most "un-favourite" nations like the USA, Japan or Europe, but definitely not Malaysia.

Thus I have a damn bloody suspicion that Dr Huang might have done it with approval from BOTH Beijing and Putrajaya. What's the motive, I can't say other than for us not to be surprised by the covert machinations of governments!

Yes, today Putrajaya has summoned Dr Huang for an explanation on his announcement made while strolling through Petaling Street, but that could be just diplomatic sandiwara for domestic consumption.

Anyway, let's see whether Dr Huang gets recalled to Beijing and is replaced, wakakaka.