Bersih 4.0 has turned out to be an unexpected bonus for Najib, in fact a silver lining in the dark clouds hanging over his head for months.

The meaning of the proverb "Every cloud has a silver lining" means that there is something good or beneficial even in a bad situation. 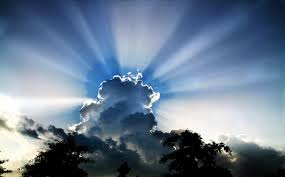 Najib knows the mainstay of his political power is the Heartland as the majority of the nons have now owed their political allegiance to the federal opposition, thus he must continue to cultivate, strengthen and consolidate on this power base.

Mind, he hasn't quite given up on the support of the nons as has been evidenced by his DPM's exhortation to journalists to win back the Chinese and Indian voters. In his appeal, Zahid even 'polished' (wakakaka) journalists from non-mainstream news media, those not belonging to the BN stable, to help. Obviously Zahid has switched from Shaolin to Taichi, an adaptive skill-strategy gained perhaps learnt from his claimed adoptive Chinese family, wakakaka.

But what Bersih 4.0 has unwittingly provided Najib in this respect, that of strengthening his power base in the Heartland, has been two-fold, namely:

(a) Firstly, Bersih 4.0 has been seen as a Chinese protest rally against a Malay PM. The operative phrase is "has been seen" so whether that's true or not doesn't matter as that's political perception where no verification is necessary or even desired, wakakaka. I have no doubt Najib's psy-warfare team will be emphasizing on this racial element as we Malaysians are quite racist in our general outlook, though we may deny that like hell, wakakaka.

But we're racist  and it's only a matter of degrees in our prejudiced outlook. But in the final analysis, this perception will be played to the hilt by Najib's side of UMNO. And wouldn't it be ironical if Mahathir were to come out to disabuse the Malays of this point - wakakaka, I love to see it happen.

While I wouldn't go so far as to agree with Tunku Aziz' assertion of Chinese flexing muscles at Malays, there is a wee truth (causing his anger or, as he prefers to call it, 'sorrow') in that Bersih's "organised demonstration had chosen carefully the dates to flex their muscles and to show their complete and utter disdain for an event of great emotional and spiritual significance for millions of Malays", to wit, Merdeka Day our national celebration of our nationhood.

That mainly Chinese would be participating was not forecast nor anticipated by the Bersih organizer, so it's not fair to accuse Maria Chin Abdullah of being racist.

But I would strongly disagree with his rather fanciful or hurtful comment "That the Chinese have never identified with Merdeka through our 58 years of independence is not in dispute."

I respectfully invite Tunku Aziz to read my post Chinese policemen. Alternatively Tunku may wish to peruse my letter to Malaysiakini on 14 March 2013 on the same topic titled more pointedly as Chinese M'sians, too, have died for one Malaysia. An extract would show:

Two other Special Branch police officers who are still alive today were awarded the SP, namely Supt Paul Kiong and Deputy Supt Sia Boon Chee. Without exaggeration, I would consider these two officers’ contributions (presumably still under secret classification) as pivotal to the defeat of the communist terrorist movement in peninsula Malaysia.


Then there were Chinese in the Armed Forces who showed their loyalty to their nation by making the ultimate sacrifices, Royal Malaysian Air Force (TUDM) officers like the late Lt Choo Yoke Boo and the late Lt Chang Tatt Min who were both awarded the Pingat Gagah Berani (PGB) posthumously. One Ranger officer, 2nd Lt David Fu Chee Ming who I believe is still alive today, was also awarded the PGB.

Please don't ever ever question the love of Chinese Malaysian for their country, which for each of our Chinese policemen, soldiers and various other professions has been a tanah tumpahnya darahku, what more for their surviving families.

Apa lagi "those who question the loyalty of Chinese Malaysian" mahu? Wring more blood out of our bodies, already dried-from-bleeding-for-Malaysia?

Anyway, for me personally, I do feel the organizer of Bersih (not the participants) has been, as Tunku mentioned, "provocative and arrogant by any reckoning", or perhaps the more apt word is 'hubristic', but I dispute his argument that the Bersih organizer had been "racially insensitive" in having a rally on the eve of Merdeka Day, as "a deliberate challenge to Malay sentiments and sensitivities."

That, my dear Tunku, might be a bit over the top though I would agree Bersih under Maria Chin Abdullah has gone off track in the NGO's objective of clean and far elections. As I had written in a comment over at Malaysia-Today:

Is it Bersih's charter to depose of an elected PM? Has Bersih gone songsang-ishly partisan from its original charter? Personally I suspected so when Bersih praised a former RMAF officer as a hero, and for what you may asked, but for violating Armed Forces Council Instructions.

Then I knew that unless someone wise up the new chairperson of Bersih the organization will soon lose its perspective.

Sadly, all the investments made by Ambiga Sreenevasan which earned Bersih 2.0 much respect and admiration have been squandered completely by the new Bersih leadership. The NGO is no longer about clean and fair elections. It has become a mainstream political organization which seeks to depose of an elected PM. It now has only one honorable recourse - it must register itself as a political party.

And now, as if Bersih 4 has not been enough, Maria Chin Abdullah wants to lobby MP to vote against Najib. That's fine but at least she should, as I had recommended, register Bersih appropriately as a political party because she has effectively changed the NGO (about clean and fair elections) into that.

But for Najib, the Chinese dominance** in Bersih 4.0 has actually been a blessing in disguise as he or his psy-warfare team can now claim it's a Chinese-controlled campaign against a Malay PM, one who was elected democratically into office.

** due to PAS' supporters being absence, which incidentally raises questions about PKR's actual membership. The DAP should examine closely this factor when it comes to seat allocation among Pakatan 2.0, as I was informed that Pakatan had asserted its membership was in the millions and therefore had laid claims to a humongous portion of seats in 2008 and 2013, not forgetting its avaricious Sarawak grab, wakakaka.

(b) Secondly, Mahathir "joining" Bersih during the weekend, not once but twice, has had the added benefit of the notorious UMNO bangsa-ideological bullet ricocheting against Najib's chief detractor.

For in December 2012, he was reported by TMI in an article (extracts): ... Dr Mahathir Mohamad’s claim in his blog that the Chinese (and Indians) are the real masters of the country.

Specifically, he wrote that “Because they (the Malays) are willing to share their country with other races, the race from the older civilisation of more than 4,000 years and who are more successful, as such today whatever they have now is also being taken away from them”.

As election day approaches, this line of argument is being rehashed. We can expect more of this race baiting by Dr Mahathir and his kind in Umno and PEMUDA when they are addressing Malay voters.

Now Mahathir has sung a different song by rubbing shoulders with a Chinese -dominated Bersih 4.0 out to get a Malay PM. Oh dear, what will his Heartland think of him?

Mahathir must have realized his political-ideological faux pas in his twice-appearance and participation in Bersih 4, and is now forced into defensively splitting hairs (or splitting the infinitives eg. "to boldly join", "to casually walk" with, "to desperately encourage"), that he was only supporting the people but not Bersih per se, but alas for him, the damage has been done in regards to his once-iconic image in the Heartland.

Even Hishamuddin Hussein possessed enough gall to condemn the Grand Olde Man of UMNO having crossed the line.

He said the former Umno president’s attendance at the gathering which the police had declared as illegal was contrary to a statement he had made in 1998 that street demonstrations should not be supported.

“I feel he has violated the principle of struggle he had adhered to all this while. His action has gone against the values he had promulgated when he was the prime minister.

“During his administration, he had clearly stated that street demonstrations were not the approach to voice dissatisfaction, what more to topple a government.”

Indeed, Mahathir has been a man who had (until now) condemned street demonstrations and in particular criticized Bersih. Of course then he was in power, wakakaka.

It's not rocket science the reason for his change vis-a-vis Bersih was not in him taking the road to Damascus but in his frenetic desperations in wanting to unseat Najib A.S.A.P for his own political agenda. So stop having wet dreams.

When Charles Santiago (DAP) remarked that Mahathir had repented by showing up at Bersih 4, I trust he was only cynically making political hay out of Mahathir's belakang-pusing (180 degrees about-turn via-s-vis Bersih) and that he knows that Mahathir has his own personal, very personal reason for wanting Najib out, and not because he (Santiago) was silly enough to believe Mahathir has changed.

On this issue, I have to compliment Tian Chua, wakakaka, for keeping a proper perspective on and cool look at Mahathir's participation in Bersih, stating very correctly:

"Mahathir has a right to express his support (for Bersih 4) but it does not mean the rakyat has forgotten that part of the problems today is due to the system which he built where democratic space was closed."

"This contributed to the people's uprising today."

But we know Mahathir only wants to kick Najib out, even if he has to deal with The Devil, so what's a little casual walk to add some motivational kerosene to a blazing Bersih rally out for Najib's blood.

As for Najib, he must be smirking at Mahathir's very drastic desperate disastrous faux pas, for from now on Najib and his team will constantly remind the Heartland that their erstwhile icon has "defected" over to a DAP-Chinese dominated controlled Bersih to bring down a MALAY leader. It can only consolidate Najib's standing among the Heartland and even among his UMNO members, and of course a discredited Mahathir (his most dangerous foe), discredited in UMNO and the Heartland's eyes helps lots, wakakaka. 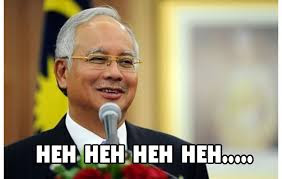 Politics is dirty and you can bet that UMNO internal politics is even dirtier, as Tunku, Ku Li, Anwar and AAB had discovered in their times.

But this time, though Mahathir might have hoped for Najib to join the other pelts on the Mahathir fence***, Najib has instead done a 'Mahathir' on him, by turning the Heartland table back against the former PM, as the former PM had once turned the corruption-cronyism table back against his former deputy Anwar Ibrahim in 1998 - a taste of his own medicine for the doctor. All thanks to Bersih 4.

As the Poms would say, "Every cloud has a silver lining" and so it has been for Najib. I'm sure he would have like to say 'kamsiah' to Bersih but then, perhaps not, as that would undermine his position with the Heartland, wakakaka. 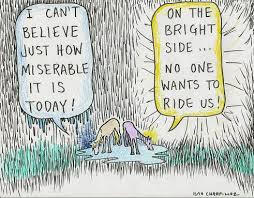