Malay Mail Online - PAS may not join new Pakatan, be ‘loose partner’ instead 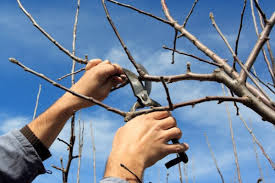 ... so we have been informed by un-named sources, wakakaka, who happened to be "an influential PKR source" wakakaka again.

Bloke or blokess (but my bet is bloke, wakakaka) said: “We know PAS is not going to accept or join the new PR. They would rather have [a] loose coalition, become a loose partner."

“I think the majority view right now (between the opposition parties) is that a new Pakatan be formed between PKR, DAP and Amanah and this new coalition form a loose electoral pact with PAS.”

What utter self-serving bullshit, indeed on several counts! And the so-called "influential PKR source" chose to be sinisterly un-named and unidentified! Apa takut?

Three years ago, I posted Psychedelic psychic power? in which I mentioned how such (probably the same) "influential PKR bloke" gave poor FMT journalist Selena Tay the usual duff gen (an old RAF colloquialism meaning incorrect information or if you like, bullshit, wakakaka).

I won't go over the issues I raised in that post so you'll have to read it to know how an un-named but "influential PKR sources" (wakakaka) had come up with bull.

The idea of a nonsensical 'loose coalition', where one party has an acrimonious relationship with another and indeed vice versa, is just rubbish and nothing more than to mask the usual desperate taxi-sapu-ish tactic of running with the hare and hunting with the hounds. And I'm sure you know which political party is notorious for its taxi sapu desperation, wakakaka.

At least PAS has the decency to announce that it'll work ONLY with PKR but not with the soon-to-be formed Pakatan 2.0.

If I have my rathers, I would propose that DAP work only with Amanah and discard PKR a.s.a.p. Prune off that near dead branch and save itself from future problems with such a 916-ish rancid satay which had brought Pakatan into damnable drastic disrepute. And don't forget how PKR had behaved badly towards its erstwhile Pakatan allies in the last Sarawak state elections.