"Chastise with the valour of my tongue ..."

Just three days ago, Anwar Ibrahim was reported to have insisted that PAS still remains an intrinsic part of Pakatan Rakyat, as follows:

Anwar said this when welcoming newly announced Parti Amanah Negara (Amanah) to the Pakatan alliance. “The formation of a new opposition party (Amanah) committed to change and reform, augurs well for the mature politics of democratic accountability. “Amanah will further strengthen the national opposition, together with PKR, Pas, DAP; and we will expand this cooperation to other committed non-governmental organisations (NGOs) which share our common objectives.”

Now now, you mustn't find fault with him on that, despite PAS and DAP both having already decided that PAS isn't in Pakatan anymore, and what more with the PAS breakaway group called Amanah (GHB) being in Pakatan and resolutely against PAS' continuing in the same coalition.

Since DAP has committed itself in wanting Anwar as Pakatan's PM-designate, the democratic-socialist party must kuai kuai suck on Anwar's pronouncement.

I have no doubt that PAS is keen on Anwar's dictate as it can politically benefit two-fold if it accepts Anwar's political embrace, firstly for the indispensable and ultra-humongous (what a tautology, wakakaka) benefit of continuing Chinese support of its candidates in GE-14 (though I've to say I'm not too sure about this) and secondly (but of no lesser importance) to forestall being eclipsed or swamped by its splinter group of Erdogens in Amanah.

I'm not sure how Amanah will respond to Anwar's controversial insistence on the unexpected composition of coalition membership but from snippets of reading I gather the Erdogens don't want Pakatan to have any damn thing to do with PAS - their split with PAS has been too acrimonious and bitter, and I reckon, basically irreconcilable.

Now, if you somehow need to criticize poor currently-displaced Anwar, just be kind and say something like "Perhaps Datuk Seri has been away participating in the Soyuz-TMA program", as had Sheikh Muszaphar Shukor Al Masrie bin Sheikh Mustapha, Malaysia's first cosmo-astro-naut. That would explain why he (Anwar, not leng chai Sheikh) might have been out of touch with local political changes in the preceding 12 months or more.


And Anwar may or may not be aware that some of PAS elderly leaders have been subtly supportive of Najib Razak.

But leave all that alone for the time being. Instead, there are far more interesting questions we should ask him, which we'll eventually come to if we've the time, but most likely in another post as this one will be rather long-ish, wakakaka.

But I can assure you Anwar will love questions from and talking with some sections of the public because these will keep his name regularly in the press and in our minds or awareness.

If there is one thing Anwar or his family fears, it's him receding into vague political nothingness, disappearing from our minds. It's that thought or fear that will 'kill' him, not his perennial bad back which seems to pop up with more acute problems whenever he's in the lockup.

Thus we can expect Anwar's family and party members to keep raising his name every now and then, even if only to mention his bad back, or poor quality of his bed or mosquitoes in his cell, or to allow him to vote somewhere/anywhere, or to march with Bersih 5.0, or even (I'm speculating here) to lay a wreath on Warriors Day at wherever the National Monument would be today, etc.

And that has been why when Anwar's erstwhile godfather had initially hinted at supporting Bersih 4.0, Anwar's wife Wan Azizah had thanked Allah swt that Mahathir finally understood the necessity of street protests (a PKR speciality), among other things, to force Najib out.

Once Charles Dudley Warner, a compatriot of Mark Twain and his coauthor of the novel 'The Gilded Age: A Tale of Today' said "Politics make strange bed-fellow".

Their jointly authored novel was coincidentally (for us) a satire on greed and political corruption in post-Civil War America. If we were to substitute the phrase 'post-Civil War America' with 'post-Mahathir Civil War in Malaysia', wakakaka, we'll then be able to say Bob's your uncle!

... and a convicted murderer who escaped to Australia but had been treated by both PAS' Mahfuz Omar and Mahathir like their prodigal son, prodigious and wayward no doubt but nonetheless to be forgiven with the sembileh and feasting of a fattened calf Najib.

Then we have Pakatan supporters supporting royalty being involved in politics, probably having forgotten the Perak and Selangor constitutional crises (and of all royalty, the ones which gave rise to UMNO whacking royalty in 1992), and PAS supporting Najib, so on so forth.

There are also many other examples such as Bersih changing its objectives and forgetting its raison d'etre, from being once an organization which could be and indeed was supported in a politically-bipartisan manner to one which in itself has become very very politically partisan ...

... but the most lamentable of all, in our worst mentality ever as Malaysians, is the attitude among some of us in rejoicing over Malaysia's every misfortune in every way at every turn, whether this be the falling ringgit* (and ignoring China's sliding economy and falling oil prices as we have ignored the massive culpability of Mahathir in the 'alteration' of our once remarkable civil service, once praise-worthy police and the destruction of our once-independent judiciary, etc), ...

* Aussie dollar has dived below US70 cents and is predicted to keep descending to as much little as US50 cents (sigh, you guys have to pay for my kopi-o lah when I'm back in Malaysia, more so when I'm unable to justify my blame of Najib for the falling Aussie dollar, wakakaka)

... or Chinese families of those unfortunate victims lost on MH370 and MH17 abusing our besieged MAS and MoT's officials (associated with this I have blogged a couple of posts on Lim KS posting a news article with a macabre headline and over-the-top speculations on MH370), Malaysian lacklustre football performance, and other failures of our public institutions, ...

... or on the other side of the coin, the berating of any achievement or honours, such as the Agong honouring Michelle Yeoh** for her achievements in the arts (besides the prior French honour of her twice over) or the harassment of civic-minded politicians like former DAP stalwart Lee Lam Thye who selfishlessly and most diligently served our community with sterling efforts before many of his detractors today were even born or grew pubic hair, ...

** I've read on Hong Kong websites Malaysians, yes Malaysians not foreigners, abusing Michelle Yeoh for being honoured by our Agong with a Tan Sri-ship

... while once UMNO fat-cat Anwar Ibrahim - an UMNO DPM, Finance Minister, Education Minister (whose questionable policy sparked off Ops Lalang), all these with nary an iota of reform in his 16 luxuriating years of power in UMNO and matched that with his deformasi 916 - is described, still is, in the most adoring terms reserved for angels or gods.

Or, maybe both, that is, forgive & forget? 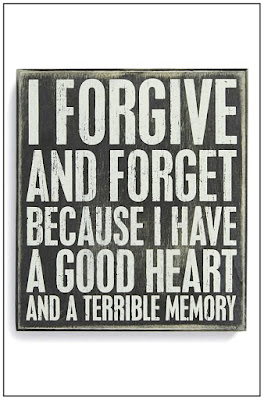 Wait, on second thoughts, maybe it's us Malaysians being affected by a combination of the unearthing of unknown mind-affecting viruses during the 2004 tsunami and an unhealthy diet of, among other things, kangkong, rancid satay, baked coconut puffs and bah kut teh, wakakaka.

Indeed, if a time-traveller arrives from the 1980 to 2010, he or she will undoubtedly ask: why are DAP leaders cohabitating (politically that is) with a person like Mahathir, their erstwhile bete noire?

I guess I have to refer him/her to the fave author of Anwar Ibrahim for a quote to explain this strange malady or craziness prevailing in our midst, as follows:

Hie thee hither, that I may pour my spirits in thine ear, and chastise with the valour of my tongue all that impedes thee from the golden round ...

In the above lines we are told that the the ambitious Lady Macbeth, who wanted to be Queen, said the above to persuade her husband to ‘rise above his goodness and accept her evil ways’ if he wanted to succeed. 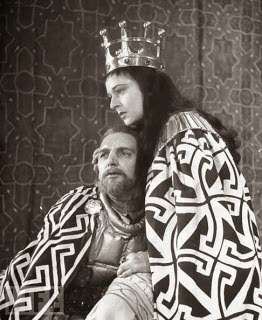 Hmmm, to ‘rise above his goodness and accept her evil ways’ if he wanted to succeed. Sounds like someone who once explained that deformasi 916, evil as it was in encouraging frogology through financial inducement, was necessary as PKR could no longer wait anymore for Anwar to be PM!

Our mention of the ambitious Lady Macbeth, the one who wanted to be Queen, does not refer to only RM (wakakaka), a 'person' (wakakaka again) that Mahathir had astonishingly stated as having many shamans, and who has put Najib under a spell, guaranteeing he won't fall from power.

But far far more disgraceful than Mahathir's shameful use of suggested sorcery to bad-mouth a fellow Muslim has been the puerile question put to Mahathir in a dialogue session at Pasir Gudang in Johor on 20 August, as to whether Najib has been under the influence of black magic. Didn't and doesn't that show the lamentable standard of our politics and our politicians?

But then, they were dealing with 'obstacles' that impede them from the golden round.

But as alluded above, mentioning the ambitious Lady Macbeth refers also to those who have willingly dance with predators far worse than wolves, and who have sacrifice their principles a la the korban olah on the altar of opportunism in similar ways as sacrifices in the original korban olah were made to a Middle-Eastern deity who 'feasted' on offerings of human victims, eg. Yiṣḥāq, Yip̄tāḥ'sdaughter, King Yôšiyyāhû's Israelite victims, thousands and thousands of ancient Egyptian first-born's, etc.

'Innocents and innocence', 'prudence and purity' and 'morality and decency' have been sacrificed on the altar of 'opportunism' to a deity called 'Self Interest' - obviously not much change has occurred in 3,500 years.

Then, can we conclude that these latter-mentioned people have been actually the ones who are under the influence of black magic, indeed so spellbound as to ‘rise above their goodness and accept the evil ways’ in order to get rid of one person, but not others who have been far far worse than their current target?