Ku Li asks to sit away from govt backbenchers

Ku Li asks to sit away from govt backbenchers

Umno vet requests to be seated closer to independent bloc 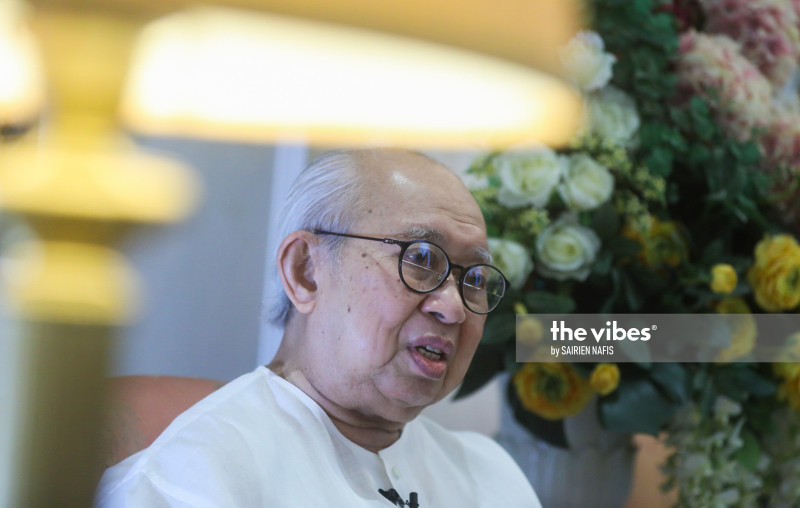 Gua Musang MP Tan Sri Tengku Razaleigh Hamzah says he does not want to sit with government backbenchers in the Dewan Rakyat to avoid being seen as supportive of the ruling administration. – The Vibes file pic, July 27, 2021

KUALA LUMPUR – Umno veteran Tan Sri Tengku Razaleigh Hamzah (Gua Musang-BN) has written to Dewan Rakyat Speaker Datuk Azhar Azizan Harun to switch his seating position in the House so that he is not sitting with Perikatan Nasional backbenchers.

In a letter to the speaker’s office yesterday, Razaleigh said he did not want to sit with other government backbenchers to avoid the perception that he is supporting Prime Minister Tan Sri Muhyiddin Yassin’s administration.

“With this disclosure, I hope to obtain your agreement and approval to move my seat to another in the Dewan Rakyat, closer to the independent bloc who are not supporting the current government.”

“From the start I have never supported and I’ve never been with the government that was formed under the Perikatan Nasional name. I don’t know whether other parliamentarians from my party have spoken with your honourable speaker about their seating arrangements,” said Razaleigh in his letter.

He added that his decision to “cheerfully” ask for a new seating arrangement stems from the fact that he does not want to be seen supporting this “failed” government by his voters, Barisan Nasional (BN) and Umno members, and Malaysians at large.

Razaleigh, who is fondly known as Ku Li, is the first Umno lawmaker to request for a seat change during this sitting.

Previously, Zahid made several calls and threats towards Muhyiddin, while saying the oldest Malay-based party in the country was no longer backing the Pagoh MP.

However, Zahid had remained coy and said that Umno’s seating arrangements would not change as they pulled their support only for the prime minister and not for PN.

Razaleigh’s decision is another blow to the already embattled Muhyiddin, whose administration is largely seen to have failed in managing the Covid-19 pandemic. – The Vibes, July 27, 2021
Posted by KTemoc at 3:07 pm