There has always been a government tendency to be heavy handed, and regretfully, in a fashion that has been and still is seen as double standard.

After coming home from Friday dinner, I was pissed off to read in Malaysiakini ISA arrest No 2: Sin Chew journalist nabbed the ISA-ed arrest of Tan Hoon Cheng, the Sin Chew Daily journalist who had reported on Ahmad Ismail’s seditious remarks about Chinese Malaysians being mere ‘squatters’ in this country where many are umpteen generations Malaysians. 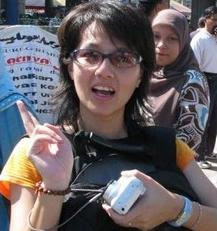 Ahmad Ismail is a repugnant bigot and the conspiracy theory running vogue is that he, as an old buddy of Anwar Ibrahim, has deliberately set the racist cat among the BN pigeons to cause dissent within the ruling party, so as to instigate and promote potential tadpoles metamorphosing into frogs for PKR.

That Anwar was slow in condemning Ahmad’s provocative bigotry, not unlike his equally slothful take on the Kulim Wonder (which has now graduated from ‘slothful’ to ‘acting dunno’), hasn’t helped dampen the conspiracy theory. Perhaps we should be kind and say Anwar has been just man man lai.

Leaving aside that conspiracy theory, which to be truthful I haven’t an inkling as to its veracity, what is apparent has been the reluctance of AAB to hammer Ahmad Ismail.

Yes, we all know that party warlords or king-makers, especially those from UMNO, are near invincible, immune and impervious to disciplinary actions. AAB had tap danced around the disciplinary issue, knowing he had to do something to prevent what the conspiracy theory had said was the alleged objective of alleged PKR mole, namely, to split asunder the Peninsula BN.

So he surrendered his presidential prerogative to whack Ahmad Ismail over to the UMNO Supreme Council, which then suspended the alleged musuh-dalam-selimut (mole or sleeper) for three years.

But it wasn’t a popular action within UMNO. Some diehards were flabbergasted by what they saw as perhaps a nouveau sensitive self-hating UMNO?

Perhaps to appease those diehards, a quid pro quo had to be called for – and poor Tan Hoon Cheng copped it sweet, on a Friday night some hours ago, while Ahmad Ismail loiters outside in contrasting free arrogant unrepentance.

With such a stupid action of unmitigated proportion, I think UMNO is in an unstoppable spiral downwards - there seems to be no stopping its domino f*-ups.

Anwar is having his wish to tear BN apart (mind you, not for you or me, but for his No 1, namely himself) virtually handed over to him on a silver platter, because not only the DAP has condemned the ISA action, but the Chinese-based parties, MCA and Gerakan, have leapt into the fray.