Yesterday under the sad circumstances I experienced I was in no mood to blog on politics. That sad day was worsened by the same terrible person who demonstrated zilch iota of common decency for a grieving kaytee by attempting to post vile, abusive and pornographic comments, even on my post A Sad Day. Thank goodness for comment moderation.

But life moves on, and may I advise that sorry person to get one too. Anyway, I am almost back to my kayteemoc self.
In its 2,000 play 'cat and mouse' with cops Malaysiakini reported that around 2,000 PAS supporters attempted to march from Kampung Baru mosque after Friday prayers to the Petronas Twin Towers building to protest against last week's petrol price hikes, and how the police frustrated their plans with road blocks, which they attempted to overcome by switching directions but only to meet police block again, ..... and so on so forth.

But perhaps a bigger ‘cat and mouse’ game was being played as we suspect from reading Malaysiakini report Dr M's ex-aide: Judge bitter because he wasn't promoted where the former PM’s loyal aide, Matthias Chang counter-attacked Ian Chin, the Sarawak High Court judge who had claimed Dr M as PM had oppressively threatened the Malaysian bench. 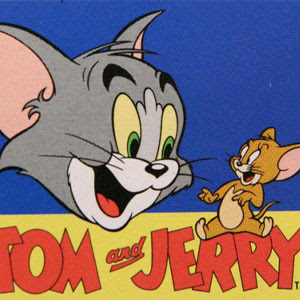 Matthias Chang portrayed Chin as a green-eyed monster, almost quipping “Hell had no fury like a woman judge scorned” – instead he stated Justice Chin has been ‘angry’ because he was not promoted as Chief Judge of Sarawak and Sabah.

He averred that Chin blamed Dr M when Richard Malanjun instead was promoted to the post. Chang sneeringly suggested that Chin ought to examine his infantile behaviour as a possible reason.

The problem was that one of the judges, still serving, (wisely) preferred to remain anonymous, but alas, 'anonymity' is not an acceptable status for Dr M’s defence ..... unless of course if PKR used such sources to attack anyone because those whistleblowers for PKR (eg. video man in the Lingam tape saga) needed protection ;-)

Anyway, let’s weigh up the pros and cons for Dr M’s case.

Against or the ‘cons’

(i) The whistle blower is a serving judge

(ii) The AAB government is distancing itself from Dr M, as indicated by de facto law minister Zaid Ibrahim, who was quoted as saying that he had no reasons to doubt Chin's claims even though two judges, one serving and one retired had spoken up for him.

Hmmm, is the government's 'distancing' deliberate or just convenient? Given the animosity between Dr M and AAB and their not-so-covert war I am inclined to suspect the former.

(iii) The serving judge, who spoke up in support of Matthias Chang’s accusation of a vindictive Judge Chin, has elected to remain anonymous ..... well … probably for good reasons - see (ii) above

(iv) Public opinion as we know of it in the Malaysian cyber world, among the younger set and naturally opposition supporters including AAB’s camp, have already accepted Judge Chin's allegation as the gospel truth, and simultaneously pronounced Dr M guilty as hell, and bugger the lack of evidence or contrary testimonials such as by former Court of Appeal judge Shaik Daud Mohad Ismail and Judge Anonymous

(v) The only person vigorously defending him is Matthias Chang, known to be his loyal aide. That's akin to applying for a job with a testimony from mummy saying what a jolly good lad you are.

For or the ‘pros’

(i) The whistle blowing judge had been silent for more than 10 years but has chosen only now to speak up, just when Dr M and AAB are locked in political combat. Yes, Matthias Chang seized on this observation to question the timing of Chin's revelation, and why Chin had failed to complain of Mahathir's alleged threats with the appropriate authorities instead of speaking out publicly during a session.

Chang asked: "How can he expect the ordinary man to report against corruption when he does not dare to stand up and report to the Chief Justice?”

(iii) Zaid Ibrahim has virtually supported Chin’s allegation, even prior to any proper process to verify the extremely serious accusations against a former PM, therefore (ii) above seems plausible and likely

Has this been the reason why AAB and Zaid had both with indecent haste rejected Lim KS's call for a Royal Commission to investigate Judge Chin's allegations?

(iv) Two judges have spoken up for Dr M, with former Court of Appeal Judge Shaik Daud Mohad Ismail expressing shock at Chin's claims and not remembering Mahathir issuing any threats. The other, Judge Anonymous believes Judge Chin has been vindictive because he was bypassed in the promotions

(v) For the same reason the serving judge, who spoke up in support of Matthias Chang’s accusation against Chin's vindictiveness, has preferred to remain anonymous, his very 'apparent fear of the AAB government' has further fortified the perception in (ii) above

Well, we are living in a zoo, aren't we, what with one-eyed apes, monkeys, still-spotted leopards, frogs, snakes, donkeys, cows, horses, cats and mice.