photo from The Insider
Osama bin Laden's niece, Wafah DuFour, is a singer, so the publicity - notorious as they may be - won’t do any harm to her recording aspiration. The only problem for her is that some crazy fundamentalist may attempt to kill her for the Kahuna’s honour. This seems to be the fear of her mum.

Wafah – her name means ‘the faithful one’ - is a US citizen born in California, speaks no Arabic other than laa laa (no! no!) when KTemoc attempted to get an interview with her - OK, just in my wildest dreams ;-) - was educated in Switzerland, and is reputed to hold a Masters degree in law from Columbia university (paid for by her dad as she admitted). 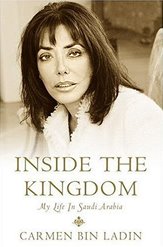 Her mum Carmen bin Laden wrote a 2004 bestseller Inside the Kingdom: My Life in Saudi Arabia on her life as the wife of a Wahhabi bloke in the Kingdom.

Wafah has spoken to her dad, Yeslam, only twice in 10 years and when asked how the old man would take to her posing as one of GQ’s girls, she said that he probably would have a heart attack. 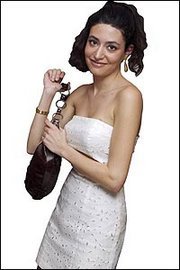 The poor sweetie is caught in a kind of twilight emotional zone – she said:

Hence she changed her surname to that of her mum's. She also confessed that: "It Isn't Easy Being the Sexy Bin Laden."

Poor darling, can KTemoc console you? ;-) yes, but can you blame me for still trying.

Her photographic adventure with GQ magazine is her attempt to distance herself from the bin Laden name. 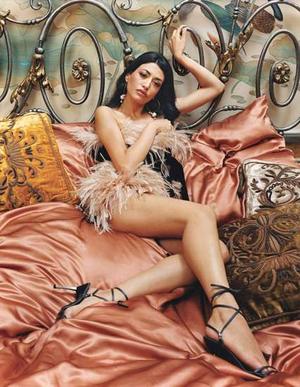 She claims she doesn’t have a boyfriend but the US entertain-world said her beau is J Records A&R man Larry Jackson. But just in case Larry isn’t being committed, she also sees her ‘spare’ David Blaine.