Japan is in a bit of a fix. The heir to the throne himself has an only child, a daughter. With his wife at an age where another baby for her is deemed fairly remote, the nation is keen to amend the constitution to accept a female on the Chrysanthemum Throne. Little Aiko could well ascend to the throne in another, say 30 years when she would be then in her mid 30’s and probably married, perhaps even with children of her own.

But the Japanese are laying grounds now on what and how to address her husband? In Britain, and a number of the European low countries, Belgium and the Netherlands, they have the Prince Consort.

As for neighbouring China, which had been Japan's principal source of

cultural example - even Aiko is a Chinese name, meaning Child of Love - only one woman had ever sat on the Dragon Throne in her own rights as the Empress of China. 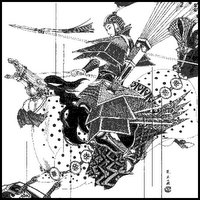 No one bothered to find a title for her consort because she had quite a few, from the muscular Captain of the Royal Palace Guards to a Rasputin-ish Lama to whichever stud she fancied, if one were to follow all the books written on her.

Much as her enemies would like to demean her for her Machiavellian manipulations, sexual liberties, feminist movements, and cold blooded assassinations, her reign was one of the most benign, peaceful and prosperous for China – which may indicate there’s something to be said for sex, although my academician friends argued most vehemently against KTemoc's hypothesis, and averred that the correct reason was her selection of the best blokes for the job.

She established systems based on meritocracy, reduced taxes, promoted education, and aided farmers. She emasculated the military in favour of scholars, reduced the size of the army, raised the status of Buddhism over the state religion of Confucianism. But, like Nancy Reagan she became a bit superstitious as she got older.

For such a historical bitch - at least in the eyes of the pissed off orthodox Confucianist nobility - surprisingly Wu Zetian wasn't assassinated or ousted violently. One of her sons took over from her in her seniors years. She passed away peacefully in her eighties.

Therefore China doesn't hold the answer for Japan. So the government has assembled a committee of 10, made up of six academics, a former Supreme Court justice, a business leader, a former deputy chief Cabinet secretary and a senior government official to work out an appropriate title for the future husband of a future Empress.

Since they are on the 'k' track, may I offer 'ktemoc-san' which means the Empress’ darling who quaffs warm or even cold saki? They bloody hurry up before I get too old to be a striking model as the hubby of a future Empress of Japan.
Posted by KTemoc at 4:28 pm