Who is a Bumiputera?

Before we come to our question (as contained in post title of 'Who is a Bumiputera?', let's discuss 'What is bumiputera?' 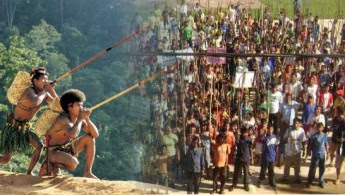 The word 'bumiputera' is derived from Sanskrit, and translates into English to mean 'prince of the earth' or more figuratively and less pompously as 'son of the land' (or 'soil').

The date of its creation is a bit vague with some saying it arose after May 13 (of 1969) together with the New Economic Policy, while some say Tun Razak coined it in the early 60's, way before May 13.

It describes an indigenous person (a native) of a South-East Asian country like Malaysia and Singapore (prior to the Island's Independence in 1965) - let's leave the lil' bloody-rich beggar Brunei out of our discussion, wakakaka. 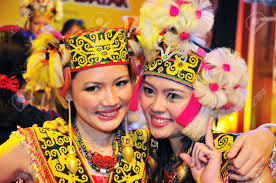 In Indonesia there is also an official term of 'pribumi' made up in 1970.

'Pribumi' means 'an indigenous person' (native) and is a short form of 'wong pribumi' (Javanese for 'person') which in turn is derived from 'bumi' (earth from Sanskrit bhūmi) plus a prefix 'pri'.

Thus we can say 'bumiputera' and 'pribumi' have the same meaning. But as we know, the Indonesian are less embarrassed about the Sanskrit or Indian origin of the word in sharp contrast to Arabised Malays who would no doubt love to believe 'bumi' is an Arabic word.

Anyway, we shall take both to be the same. The reason why I have included the Indon 'pribumi' in our discussion is that one Malay-only-exclusive political party has used 'pribumi' as its calling card to show it 'ketuanan' racial supremacist status in a very blatant way.

But Emeritus Professor Khoo Kay Kim, despite him being a Chinese Malaysian who should have known better to spoke his finger into dearly-beloved Malay issues, wakakaka, has just thrown a spanner into the meaning of the word 'bumiputera' as we know of it, or that we think we know of it. 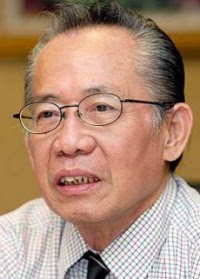 In short, Prof Khoo declared startlingly that Malays are NOT bumiputera.

Whoa, doesn't that just cast a cat among the pigeons? Wakakaka. 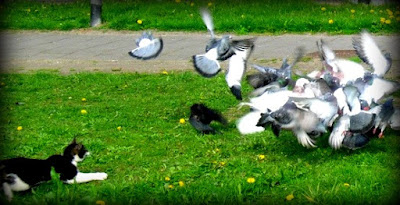 He asserted in FMT's Indian Muslims can be Malays, not Bumiputeras that:

... the term 'bumiputera' was coined in 1963 to refer to the non-Muslim indigenous peoples of Sabah, Sarawak and Peninsular Malaysia.

“Before 1963, Malays in Peninsular Malaysia were just called Malays,” he said, noting that a Malay is defined as someone who is a Muslim, speaks Malay habitually and practises Malay customs.

He added that a Bumiputera who is a Muslim can be considered a Malay.

Khoo said the definition of “Malay” was developed by the British in 1913 when the colonial government introduced the Malay Land Reservation Enactment and needed to provide a definition.

Presumably prior to the British coming to this land, Malays were known as Melayu or more correctly orang Melayu.

The term 'Malay' came from the word 'Melayu' or as it was written in medieval times, 'Malayu'. Some claim it was derived from the name of a river in Sumatra called Sungai Melayu. Sumatra was the medieval homeland of Malays. The name of the river Sungai Melayu came from its supposed characteristic 'melaju', a verb to imply the river was 'flowing very fast'. 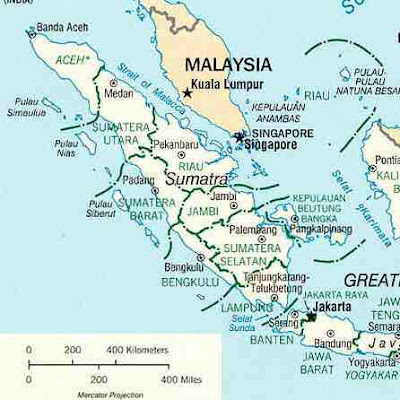 Leaving aside Chinese records in the 7th Century which recorded the Kingdom of Mo-Lo-Yu, the term 'Malay' could be traced back to initially the Portuguese word Malaio. The Dutch turned that into Malayo, before it was massaged by the Poms into 'Malay'.

No doubt Perkasa will come up with an idiotic defence like what it did recently in disputing KJ's query about fully residential schools (SBP). Perkasa insisted SBP are part of special privileges afforded to the Malays, and warned against its abolishment.

Sirajuddin Salleh, Perkasa deputy president, said: “I feel very sorry and sad and angry that minister was the one who said that. He’s a Malay, he doesn’t know history.”

He's right about KJ being a Malay, though I am not too sure about his claim on the second part, wakakaka.

Wikipedia tells us that it was in the book Buku Panduan Kemasukan ke Institusi Pengajian Tinggi Awam, Program Pengajian Lepasan SPM/Setaraf Sesi Akademik 2007/2008 (Guidebook for entry into public higher learning institutions for SPM/equivalent graduates for academic year 2007/2008), the Malaysian Higher Education Ministry defined bumiputra as follows, depending on the region of origin of the individual applicant:

Sarawak
"If both of the parents are indigenous natives of Sarawak as stated in Article 161A (6)(a) Federal Constitution of Malaysia; thus their child is considered as a Bumiputra"

Thus, if we were to ignore the definitions by the Malaysian Ministry of Education, which anyway has no authority to meddle with Constitutional definitions, and accept Prof Khoo's information, the term 'bumiputera' is meant to describe only the natives of Sabah, Sarawak and the aborigines of Peninsula.

Malays were/are Malays and NOT bumiputera.

There is no such de jure legislation to say that a 'Malay' is superior to a 'Bumiputera' or vice versa, though in reality, we all know the Malays belong to the politically most superior class of ethnic groups in Malaysia.

But remember what Prof Khoo said earlier, that the term 'bumiputera' was coined in 1963 to refer to the non-Muslim indigenous peoples of Sabah, Sarawak and Peninsular Malaysia.

What then of those indigenous peoples of Sabah, Sarawak and Peninsular Malaysia who ARE Muslims?

They are Muslims no doubt, but are they Malays or still bumiputera?

I hate ambiguity as above, wakakaka.

But what significance does it hold for Mahathir's Pribumi party? Wakakaka again.