If you haven't read my post published on 12 July 2017 on
Emerging reality of sexual predation? you should, ...

... as today's FMT tells us School apologises for saree ban for the Aidilfitri gathering at the Sekolah Kebangsaan Seri Cheras ... 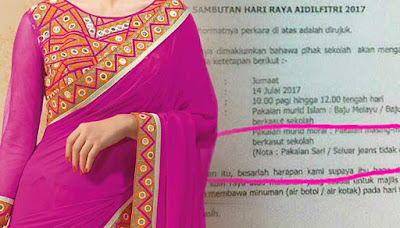 ... because its Principal says some of the sarees the Indian students wore last year revealed their bellies, hence school felt it was 'not suitable' for the students to wear it.

To be fair, the Principal has apologised and retracted its ban on students wearing sarees at its Aidilfitri gathering.


Since when is wearing the cheongsam not ‘sopan santun’? 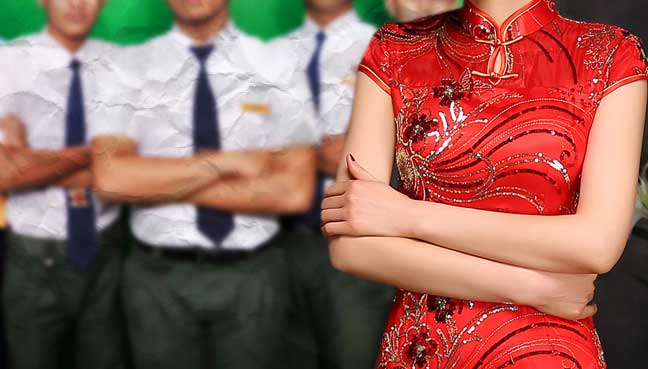 When I was in Form 4, I was told to change out of my cheongsam during the school’s Merdeka celebrations, into a baju kurung.

I had borrowed my mum’s cheongsam and it wasn’t even body hugging compared with some of my schoolmates who were fitted in sheer nyonya kebayas.

I had even gotten permission to wear a cheongsam the day before from the discipline teacher.

But I suppose being the only person in the whole school who opted to wear the cheongsam, it was easy to be singled out.

Shortly after that incident, my Moral teacher made a snide remark about me in class, saying that my cheongsam was not “sopan santun”.

When I related what had happened to my parents, they went to the school and demanded a public apology for me.

However, the principal and my teachers told my parents that I was told to change as they were afraid my cheongsam would “menganggu emosi budak lelaki”.

My mum told them that I shouldn’t have been chastised for proudly wearing my national traditional costume and that maybe the teachers needed to think about what they were teaching the boys in school.

At the time, I didn’t understand why my parents were making such a big deal out of it.

I just really wanted everyone to forget it even happened.

But I get it now.

I get why they fought for me and why we shouldn’t be living in a time where incidents such as this happen to brilliant girls, like the girl who was forced to withdraw from the national chess tournament recently or our national gymnast Farah Ann Abdul Hadi who was criticised over a photo of her wearing her leotard two years ago.

I hope this doesn’t deter the chess player from the game she loves.

I hope she knows she didn’t do anything wrong.

I hope she gets the apology I never got. 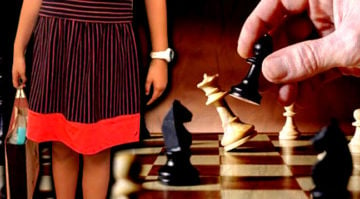 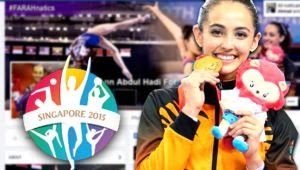 Farah Ann, who won six medals in total at the Games in Singapore, has won broad support in the controversy including from Malaysia’s youth and sports minister.

Related: Emerging reality of sexual predation?.
Posted by KTemoc at 9:30 am