Advisable for Guan Eng to play Taichi with RoS 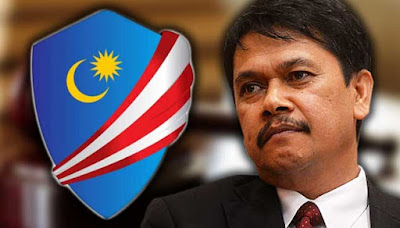 On Friday, RoS director-general Mohammad Razin Abdullah in a statement said the DAP's CEC re-election in 2013 was not held in accordance with the law, so it was invalid.

He said with regard to complaints by DAP members about the CEC re-election on September 29, 2013, the RoS found the appointment of the CEC and main office-bearers to be invalid. 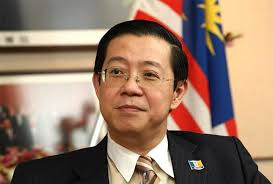 It doesn’t make sense for DAP to use the same delegates list for the re-election of its central executive committee (CEC), party secretary-general Lim Guan Eng said today.

Referring to the Registrar of Societies' (RoS) instruction, he said it was impossible to use the same list as some members had left the party while others, like then chairman Karpal Singh, had died.

Guan Eng has been quite correct that it's virtually impossible to re-hold the CEC elections using the 2012 delegate list.

Indeed, how could our dear late Karpal Singh make a resurrected return to vote once again, much as we may wish for him to do so. 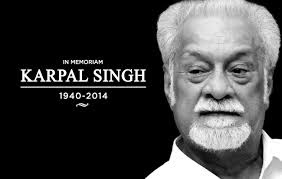 What about those who left the party with a huff and a puff (meaning in acrimonious fashion) because of the 2012 CEC elections but who are now in BN or unfriendly-to-DAP parties?

But we mustn't allow Guan Eng to get away unblemished by the silly incident of Guan Eng playing 'who's more right' vis-a-vis RoS.

The 2013 re-election should have included those legitimate DAP delegates who were omitted, either inadvertently or deliberately, though I hope it had been 'inadvertently'.

Omitting legitimate party delegates 'deliberately' would be both a moral sin and a legal crime of proportions equal to the UMNO 1987 party elections, wakakaka.

However, MKINI reported: DAP national legal bureau chief Gobind Deo Singh produced a transcript of ROS' declaration made in court that had read: " ...the ROS recognises that the DAP CEC elected on Sept 29, 2013 may carry out all its powers, functions and duties in the administration of the daily affairs of the DAP in accordance with the constitution of the DAP".

The above begs the question that Guan Eng asked: Why has RoS waited until now to bring the matter up again when it could have done so immediately after 29 Sept 2013. But why then had it approved the CEC elected in 2013?

DAP can of course take the above to court but another lengthy wait will be inevitable with no guarantee of a favourable result for the party.

GE14 is drawing too near and too fast, and a lengthy wait may not be a good option.

DAP can be legalistically stubborn if it chooses to do so, but knowing how nasty and (in the term used by Commander Thayaparan) 'unfair' an UMNO-led government can be, I believe the best avenue under the current situation, that is if RoS doesn't want to continue to play silly bugger, is to allow the DAP:

(i) to re-hold the CEC elections soonest but with a contemporary list, subject to (ii) below, which is,

(ii) re-examine together with RoS the 'current' legitimacy of former 2012 party delegates who are still in party, or have left the party but have not joined any new party or parties.

Joining a new party, even if PKR and especially if with the BN or PAS (wakakaka) automatically disqualify that 2012 delegate. Unfortunately this may affect my old matey, Zulkifli Noor (a former DAP VP) who has left in disgust to form his own party, but alas, sh*t happens!

But if a delegate of 2012 has not joined any new party but has since left DAP of own volition (former DAP life member Shamsher Singh) or if expelled (like former Teratai assemblyman Jenice Lee), assuming they were among the 2012 delegates, RoS may decide if he or she is still qualified to vote in the coming DAP CEC election.