While Hadi's away, Tuan Ibrahim starts to play 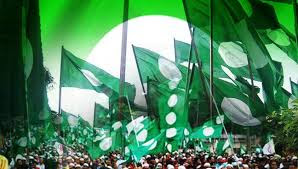 KUALA LUMPUR, July 16 — Pakatan Harapan’s dream of taking over Putrajaya in the 14th General Election (GE14) is dissipating without the support of PAS voters since the party is no longer with the opposition pact.

Communications and Multimedia Minister Datuk Seri Dr Salleh Said Keruak said the success of DAP and PKR in 2008 and 2013 general elections was because of PAS’ support when it joined the Pakatan Rakyat (now defunct and replaced by Pakatan Harapan).

Salleh said PKR and Amanah cannot help the opposition draw Malay voters as both parties do not have a strong political base and their pact remains flimsy.

Salleh Keruak is incorrect on DAP's chances in GE-14 vis-a-vis PAS' help, though he's spot on insofar as PKR's hopes will be.

DAP's main support is mainly from Chinese voters and thus quite independent of PAS' help, though admittedly help from every quarters must not be foolishly spurned.

That has been the reason why DAP has been frigid cold towards PAS, very much unlike PKR.

OTOH, PKR knows it's as good as finished if PAS moves against it in GE-14, whether in straight competition or in 3-corner fights. 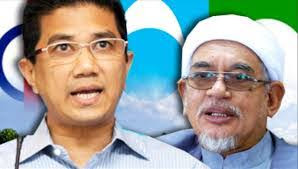 That explains why Azmin Ali has been busy slutting his party whorishly with the now-dead Pakatan Rakyat (with PAS) while at the same time promoting Mahathir as head of Pakatan Harapan (no PAS but Pribumi).

It's a bizarre and macabre relationship with a dead coalition but utterly vital for PKR's survival in GE-14. It could be said Azmin is sleeping with PR, a dangerous zombie corpse, which Chinese call jiang si (penang Hokkien kiangsi), wakakaka.

See FMT's ‘Malays are with PAS, not Dr Mahathir’ in which Suara Rakyat Malaysia (Suaram) adviser Kua Kia Soong predicts that the majority of Malays will support PAS as opposed to Pakatan Harapan come the next general election (GE14).

As I just mentioned, only two parties have been influential among the Malays, namely, UMNO and PAS. PKR knows that which has been why it is still courting PAS for its chances in GE-14.

While I still hold on to my belief that only UMNO and PAS have the greatest influence among Malay voters, I am NOT too sure about Salleh Keruak's overconfidence in Pakatan Harpan being without Malay support because of PAS superior hold vis-a-vis PH on part of the Malay Heartland.

Since Hadi Awang's absence from duty due to his heart operation, his deputy Tuan Ibrahim Tuan Man seems to be indicating a preference for Pakatan Harapan rather than UMNO.

Whether Hadi Awang will return to 'correct' that 'deviation from PAS' intended track remains to be seen.

If Hadi Awang returns hale and healthy to lead PAS, or/and the ulama group also rebels against the leadership of Tuan Ibrahim, then UMNO will be reasonably safe.

But OTOH, if Hadi Awang remains still not fit for duty and Tuan Ibrahim continues unopposed as PAS President (acting, deputy or elected) then Pakatan may have a fighting chance to secure PAS' support to win GE-14.