Suum cuique pulchrum est means 'to each his own is beautiful'. 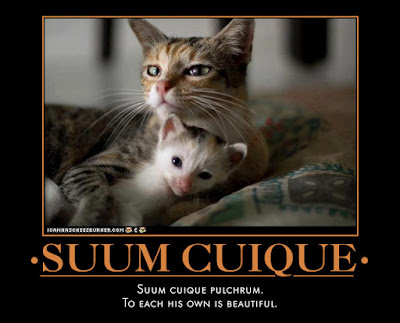 When Indian Malaysian politicians have disputes, they talked it over in Chennai. This happened not once but on several occasions.

Wikipedia says: Chennai, on the Bay of Bengal in eastern India, is the capital of the state of Tamil Nadu. The city is home to Fort St. George, built in 1644 and now a museum showcasing the city’s roots as a British military garrison and East India Company trading outpost, when it was called Madras.

Jolly good show, old chap, what a ripper Madras was, not the confound Chennai it has now become. Too many natives, I dare say.

When Malay Malaysian politicians (including Mahathir, Anwar, Azmin Ali, Nurul, Hadi Awang, other PAS leaders, etc) have disputes, they talked it over in London. This happened not once but on several occasions.

Jolly good show, old chap (or old girl), what a ripper London was and is, not the confound Kuala Lumpur, no, not since The Spotted Dog went to the ... er ... well ... dogs. Too many natives, I dare say.

(i) Is London the Mecca for Malaysian politicians?

When Chinese Malaysian politicians have disputes, they talked it over in Kuala Lumpur, wakakaka. This happened once only because after that the participants (including Lim Kit Siang) were ISA-ed by Mahathir and his police. 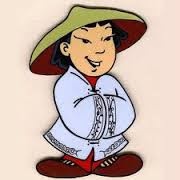