Umno vice-president Hishammuddin Hussein has questioned the opposition on why it would investigate allegations against Dr Mahathir Mohamad only once it wins in the 14th general election (GE14).

Hishammuddin ..... said if the opposition was truly fighting for justice, it should call for an investigation now.

“The question is, why wait until they win the elections? There seems to be a contradiction, if they win, they investigate, if not, they work together. It does not make sense” [...]

He was asked to comment on the statement by Pakatan Rakyat president Dr Wan Azizah Wan Ismail who had agreed to set up a commission to investigate allegations against Mahathir while he was the prime minister for 22 years.

Wan Azizah, however, said it could ONLY be done if Pakatan Harapan defeats Barisan Nasional (BN) in GE14.

Hishammuddin said this was in stark contrast to the BN government which had conducted investigations into issues like 1MDB. 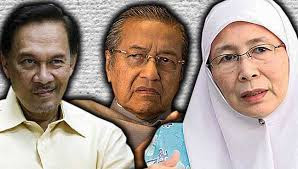 C'mon Hisham, do you want to embarrass Mahathir?

What could Wan Azizah have done? 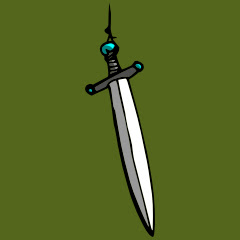 Besides, as we including Hisham all know, wakakaka, Wan Azizah has been like an army officer who knows her Principle of War, where the MOST important Principle is the 'Selection and maintenance of aim'.

And again, we know what is Wan Azizah's most important 'aim', or 'objective' as the Yanks call it.

Note: 'Objective' is more specific, where some say it follows the SMART style of management, namely, referring to it being set in the frame work of being specific, measurable, accurate, reasonable and that the specified time is followed.

Whichever, Wan Azizah has been seen as like an army officer in maintaining her 'aim' because frankly, she has only one, that is, only one 'aim', wakakaka, unlike a British general during wartime who has to consider all 10 Principles of War (Yanks only 9). 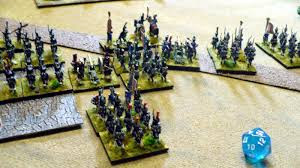 Her 'aim' is driven by her marital fidelity, namely, to free Anwar Ibrahim. I truly salute her loyalty to her husband, but which, it has to be said, has at times clouded her judgement and mucked up her decisions.

Anyway, she now assesses that Anwar has a chance of being freed and even pardoned by the Agong if Pakatan Harapan were to win GE-14 to become the ruling party and thus the next Malaysian government.

Thus, she backs Mahathir who is now viewed as the saviour for Pakatan Harapan, the man who will secure the vital winning Heartland votes.

Naturally she doesn't want Mahathir to be scandalised or 'damaged' by any current RCI probing into the FOREX scandal. It may ruin his reputation, assuming it hasn't yet being ruined, wakakaka.

After Pakatan Harapan has won the election, and Anwar is freed, who cares anyway about a RCI on the FOREX scandal.

That is assuming PM Mahathir or his representative will even work towards freeing his archenemy Anwar Ibrahim, wakakaka. 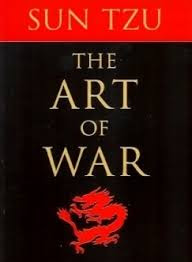