KUALA LUMPUR, July 31 — Muslims will not avoid illicit sex if they are allowed to later legitimise children born out of wedlock, said Tan Sri Harussani Zakaria.

The Perak Mufti said this according to a report by the Star Online news portal today.

“So why should we go against it? I hope some ulamak will be careful as the matter has been decided thousands of years ago based on the Quran and hadith.

Firstly, I want to correct the mufti on Islam, wakakaka. Anyway, he has quite frequently failed to get his so-called "facts" correct, yes, ever since he blamed a woman (Raja Sherina) for his own fabrication about the mass conversion of Muslims in Perak some years back.

That seditious sinister SMS lie nearly set religious-motivated riots ablaze in his State, which saw him panicked (no, he was not scared of the police for his sedition, but) when he was rightfully snubbed by the late Sultan, Almarhum Raja Azlan Shah.

SIS had excoriated him on that instant, saying the mufti had frequently spoke with forked tongue, recklessly quoting un-named people, wakakaka.

His inaccurate, nay, in fact incorrect nonsense has been '... the matter has been decided thousands of years ago'.

What a lot of crap. Islam was revealed to Prophet Muhammad (pbuh) by Allah swt in the 7th Century which makes it only 1,400 years ago (approximately). 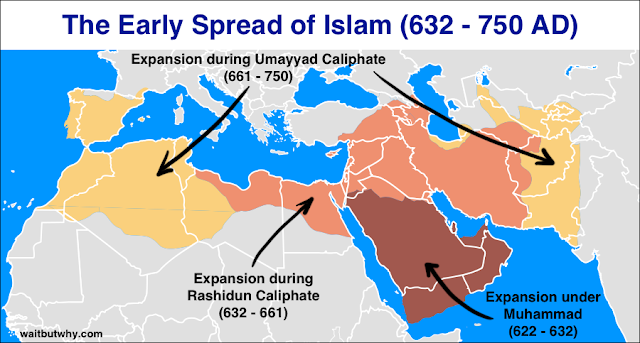 Yes, it was in 610 CE that Prophet Muhammad began receiving what Muslims consider to be divine revelation, so what nonsense has the mufti been sprouting to say the matter has been decided thousands of years ago as if it was several thousand (which means at least a minimum of two thousand) years ago.

As a mufti he cannot afford to nor should he ever bullshit to his parish, even on matters such as the pedigree of Islam, but which he has frequently done so, wakakaka.

Okay, I feel less stressful now I have corrected his usual bullshit which was niggling me, so let's move on to another of his bullshit or lack of logic.

Consider his pronouncement that Muslims will not avoid illicit sex if they are allowed to later legitimise children born out of wedlock.

What an idiot! Muslims have illegitimate children (born out of wedlock) because they have ALREADY committed illicit sex, dumbo!

And not being able to bless any likely kids born out of wedlock with a decent patronymic is NOT going to stop them from having pre-marital sex.

That's the moronic lack of logic by the mufti. It's like him arguing that 'bubur boleh diajar kembali menjadi nasi'.

He is seen as more into socially punishing and humiliating the innocent kids who have been the results of illicit sex by Muslim adults, than he is in blessing those unfortunate but (I reiterate) innocent children with decent patronymics which then won't straightaway stigmatise (set some mark of disgrace or infamy upon) them as 'social pariahs' or 'immoral reprobates', those born without legal dads.

And to make his heartless arguments more 'authoritative' (which they aren't by virtue of intrinsic illogic, wakakaka), he naughtily tambah the pedigree of some medieval hadith or fatwa by recklessly saying the matter has been decided thousands of years ago.

Yes, the mufti lacks the compassion of Allah swt, which reminds us of Kassim Ahmad's advice to Muslims to obey only the words of Allah swt in al Quran and not the words of those priesthood caste.