Return of the Aerodynamicists

... a brawl erupted during the MIC presidential nominations when supporters of former president G Palanivel were blocked from entering the venue.

It was reported that supporters of Subramaniam allegedly threw stones, plastic bottles and sticks at them.

This led to a shouting match and Palanivels's supporters retaliated by throwing the items back at those behind the MIC headquarters' gates, said NST.

This continued for about 15-minutes until MIC vice-president S Sothinathan managed to convince Palanivel’s supporters to leave.

MIC Youth member Vishnu Pradap was quoted as saying that "rocks as big as oranges" fell from above as they were walking".

"I was shocked and confused as to what was happening. The white rocks were as big as oranges," he said.

It was reported that Vishnu was seen after the incident with a bleeding cotton plaster between his eyebrows but he had no idea who attacked them.

Personally, okay lah me being a Chinese, I believe Subra is the better leader for MIC. He is quite dynamic, has shown a fairness in his statements and is reasonably well spoken. I reckon he's the better leader to restore some dignity and order back to MIC.

Sorry lah but my impression of Palanivel is that he has been too lethargic in his leadership, a wee self-centred and lacks the necessary vim to take MIC out of the rut the party is currently in, not unlike MCA, wakakaka.

However, I take note that "... supporters of former president G Palanivel were blocked from entering the venue".

Now I don't like that sort of unfairness. Would that be kosher, for only the supporters of one faction to be inside the MIC HQ whilst the other was prevented from entering?

OK, I am aware that the two different camps of MIC had held two different nomination days, with each respective nomination seeing only one candidate being named (wakakaka) because the other side had boycotted it, and with the respective candidate being returned unopposed as the party president. But nonetheless, excluding the 'other side' from entering the venue for nominating the president smacked of unilateralism and reminds me of:

(a) the remarkable EC conducting its delineation exercise recently in Sarawak where it (hardly surprising for its known nature and unofficial role) stymied public input, wakakaka, and

(b) another party wakakaka, which not only have blackouts in its polling station during party election (eat your heart out EC, wakakaka), total votes counted at a station exceeding the number of party members who voted there, wakakaka (eat your heart out, Raja Bomoh), but also flying chairs and tables during the counting process (eat your hearts out, Orville and Wilbur Wright, wakakaka). 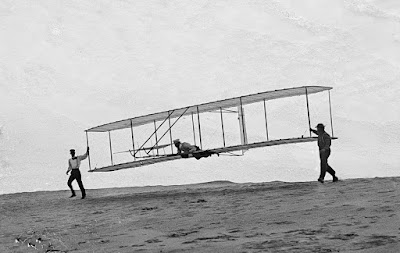 But it would appear that some MIC members, notwithstanding having a now-better party president, have not given up their penchant and indeed tradition of sussing out potential pilots and aerodynamicists amongst their midst through ample demonstrations by those potential candidates of such skills, wakakaka.

It's been a while since MIC members threw flew chairs and tables at their party assemnlies, so well done MIC, and I mean for keeping to and hopefully maintaining traditions, wakakaka.