Malaysiakini - Teng and Ean Yong are DAP picks for S'gor exco, for now 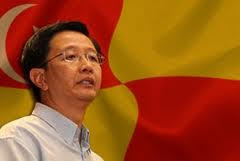 Teng has been an exceptional speaker in the last DUN session but wishes now to join the state exco, and he has got his wish okayed by DAP HQ.

The MKINI report also mentioned a new speaker in the person of Dr Abdul Aziz Bari who, alas, was unsuccessful in his election bid to be the new MP for Hulu Selangor. But I'm sure he will be a great speaker as he's an expert on constitutional and Islamic law. 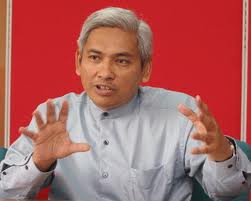 Incidentally I have been under the incorrect belief that only an elected representative (DUN) can be speaker but apparently not for state DUN as I saw in the last Perak DUN.

But I still believe in the federal (not state) parliament, the speaker must be one elected to the Dewan Rakyat - well, on second thoughts, I shouldn't be surprised if this is not so. After all, we have zillions of amendments atrociously perpetuated on the federal Constitution that I would not be at all surprised if I see Dr Mahathir in federal parliament as the speaker, yelling 'Lu diam. Duduk lah' to those ungrateful Chinese DAP MPs, wakakaka.

It's rumoured that PKR will kick out poor sweetie Eli Wong who did well in her Environmental portfolio and Xavier Jeyakumar, two nons in the last Selangor state exco, because the political pygmy wants a spot together with two of his inner coterie who of course are Malays. 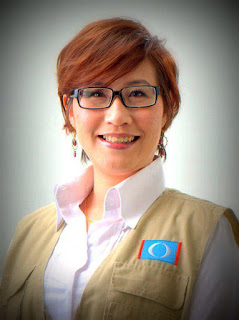 I have deliberately raised the issue of PKR's nons and Malay ADUNs because of the political pygmy's alleged DNA, wakakaka.

On 19 April Haris Ibrahim of People's Parliament wrote in a post titled Dear Azmin about an SMS from PSM Sec-Gen, Arutchelvan, which went as follows:

“Up till yesterday we were told by Tian Chua that the problem will be resolved. However, at 11 pm last night, he told us that PKR vice-president Azmin Ali did not want to give way for PSM because he prefers a Malay candidate to contest the Semenyih seat. We are very unhappy that they’ve used racial reasons to deny us the seat."

Bro Haris was so incensed by the allegations, that of the political pygmy's DNA-ed proclivity, that he wrote the following message to Azmin:

I am not the only one who wishes to know if this true.

About 30,000 non-Malay voters who are expected to cast their vote in Gombak would like to know too.


Pity the message didn't get down to those Gombak voters. So it's hardly surprising to now hear the unofficial information that he and his inner (Malay) coterie will replace PKR's only Indian and Chinese (and a female as well) in the state exco - such is the sad fate of Indians in PKR.

Meanwhile DAP has been said to possibly put up Bukit Gasing ADUN R Rajiv (or Kota Alam Shah ADUN V Ganabatirao) and Subang Jaya ADUN sweetie Hannah Yeoh to fill up the other two exco seats allocated to the DAP. 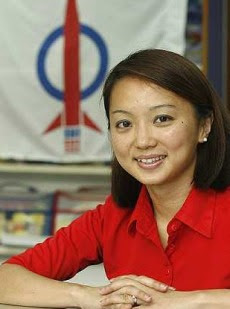 If true, then thank goodness, and thanks to DAP, there'll be at least an Indian and a female rep in the exco.

However, the appointment of sweetie Hannah Yeo as a state exco may possibly send Miss sweetie Muffet up the wall, wakakaka.
Posted by KTemoc at 6:08 pm