On 05 May 2013, just two days away, we will be voting for our preferred political party or coalition to govern our country for another parliamentary period. 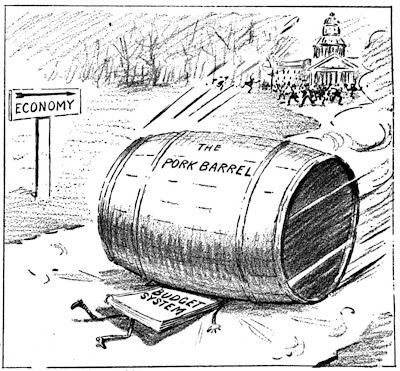 In the usual Malaysian style of political campaigning, there have been and will be, until the very last permissible second of the campaign period, obscene quantum of pork barrelling by politicians on both sides of the political fence. Most of the campaign promises and pledges will likely not see the light of day in their supposed implementation.

‘Pork barrelling  is a marvellous English term simply for its connotation of non-kosher stuff because that is exactly what the political campaign pork barrelling actually is, chiefly non-kosher (haram), where public money is recklessly gifted back to the tax payer but with the pretence (or expected impression) that it has been a gift from the political party (or coalition) and with the expectation that due gratitude from the rakyat in the form of their votes should be forthcoming.

Some aspects of pork barrelling have been outrageously mindless and if implemented, are likely to lead to national bankruptcy, thus we may expect these to be not fulfilled. 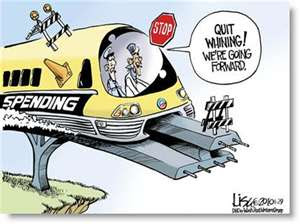 But I dare venture that most Malaysians TRULY want only one assured avowal from the politicians, that of public security and safety.

We Malaysians want to be safe and secure from threats to our lives and property and we request for this requirement, nay, even appeal for it, because not one of us currently feel safe and secure as we go about our daily lives. We are not even referring to the intrusion by Filipino terrorists into Malaysia.

We have seen a mother, Irene Ong, slain before her daughter’s eyes during a jogging run. We have read of a number of public members being shot at, with a recent fatality in the person of Shaharuddin Ibrahim, the Royal Malaysian Customs Deputy Director-General, while he was being driven to his office.

Young girls like Nurin Jazlin Jazimin and Preeshena Varshiny were evilly murdered, and a young woman in a northern state (Kedah?) disappeared while jogging and is yet to be found. We may presume she has fatally fallen prey to wicked person or persons.

Just a few nights ago, two young students attending to the visit of Prime Minister (PM) Najib Razak at Southern College were molested allegedly by Barisan Nasional (BN) supporters, right in the presence of the PM and the security personnel, namely the police. Obviously those alleged molesters did not fear the law. For more, read Malaysiakini's BN supporters molested us at Najib event, claim students

What happened to our once safe Malaya-Malaysia?

Has the Malaysia Boleh spirit even imbued and motivated those nefarious villains as well?

More importantly, the Malaysian Police has failed the public miserably. Its claim of decreasing crime rates has obviously been a lie.

And we have Home Affairs Minister Datuk Seri Hishammuddin Hussein brazenly informing us that violent incidents would worsen during the campaign period due to police shortage.

His predictions have certainly come true but his casual abdication of responsibility or non proactive strategy to address his forecast violence is lamentably disgraceful. If he has any self respect or filial regard for the names of his illustrious father and grandfather, he should have resigned then.

When the domestic security of Malaysia has become so scary to the public, it becomes obvious the ruling party for the last twenty five years, BN, is unlikely to fulfil our most urgent expectation of a ruling government, that of a secure and safe Malaysia. Those BN politicians and their families and friends can live safely under escort and bodyguards and in gated communities, but what about us ordinary rakyat?

Forget about the obscene and nonsensical pork barrelling of free this and free that. I will give my vote to the party which can convince me it is likely to ensure a rejuvenated police force to ensure the security and safety of the Malaysian public, and a police force which will not be a ‘pagar makan padi’, one which neither extorts from nor oppresses members of the public.

This post has also been published in Malaysiakini as a KTemoc letter titled Forget pork-barreling, vote for public security
Posted by KTemoc at 2:16 pm