(Booniama) - The result of the 13th general election which has triggered the issue of national integration has given rise to calls for ethnic cuisine to be changed to a national cuisine based on Malay cuisine to strengthen national unity. 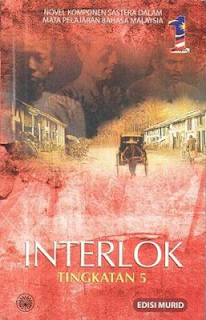 The calls were made by academicians who were of the opinion that the problems of racial unity in the country were caused by an unacceptable diverse range of cuisine, with the issue compounded by the existence of more than one form of ethnic cuisine.

Food Unik Cuisine Kreativiti Universiti (FUCK U) pro-chancellor Dr Abdullah Ramana Aisha said multi-ethnic food developed at a faster pace and that only 10 percent of non-Malays partake of national cuisine. He stressed: "You are what you eat."

When asked for examples of national type cuisine, he said: "Nasi lemak".

"Dr ... Dr, don't Chinese eat rice too? and Indian cuisine can be quite lemak. There is an Indian rice dish called nasi minyak which could be mistaken for nasi lemak".

"But that's Chinese cuisine, their way of converting uneaten rice into something delicious before it turned stale." 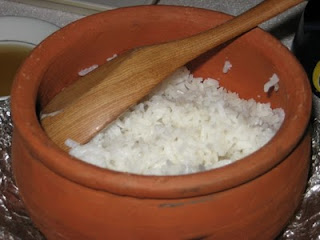 "Worse, Chinese are already eating that everyday with bah kut teh and the Indians with curry."

"OK, I was just playing around with you reporters. As a matter of fact, FUCK U has just developed an 100% national food called nasi kang kang!"

"Now, can anyone tell me that's not uniquely a national dish?"

p/s next week we'll do mee noodles, followed by roti and then ice kacang.
Posted by KTemoc at 5:18 pm