Myth of the 'Popular Vote'


Free Malaysia Today's Going back to the polls? tells us: 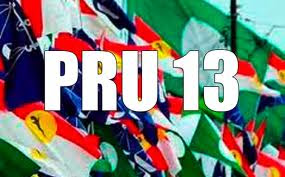 More Malaysian voters who have begun to weigh heavily towards Pakatan Rakyat (PR) are absolutely devastated that it is instead Barisan Nasional (BN) that has been installed as the government–of-the-day after the 13th GE.

Saying and describing that the majority of voters, as the popular votes were in favour of Pakatan, were “devastated” is to put it mildly as tens of thousands of Pakatan supporters are gathering at mass rallies to protest against the outcome of the 13th GE.

While Pakatan has stopped short of organising mass rallies and to take to the streets in the form of mass demonstrations, their leaders have nevertheless gone to the ground to get the rakyat to nullify the results of the recently-concluded general election.

Going by the huge turnouts at these rallies, with Pakatan claiming that they have been robbed of victory by the Election Commission (EC) and BN partnering to ensure victory for the latter, Malaysians of all walks of life, including non-voters are beginning to realize that all is not well in the political arena.

By and large, it might be that the best solution would be to call for fresh general election, only this time round with major changes being made in how the election proper is conducted.

We know journalists have to write interesting articles, and the only interesting articles in Malaysia today are those which are controversial, racial and provocative. Hence in the above FMT article, we read of  "the majority of voters, as the popular votes were in favour of Pakatan, were “devastated” is to put it mildly as tens of thousands of Pakatan supporters are gathering at mass rallies to protest against the outcome of the 13th GE".

The continued reference to and reliance on the 'popular vote' as indicative of who should be sitting in Putrajaya is unfortunately a misconception in our political system which has adopted the Westminster 'first-past-the-post' race.

But is all well and kosher with our electoral system? I grant that the EC hasn't helped its required characteristics of being independent, impartial and professional by its lamentable performance, aggravated by pathetic statements from its Chairperson and Deputy Chairperson, the latter being the worse for his nonsensical utterances (I'll give an example shortly in the case of the so-called indelible ink).

For a start, its gerrymandering has been gross, an obscene example being the Putrajaya versus Kapar contrast.

Okay, Putrajaya's electoral standing as a federal parliamentary seat, despite its paltry 15,000 voters (was only 12,000 in the 2008 GE) is protected by the Constitution (thanks to Dr Mahathir, but where were MCA and Gerakan?) and thus the EC's hands are tied, but I need to ask why it has been paralytic for decades in the case of Kapar and other federal and state constituencies in which non-BN parties (especially the DAP) are favoured?

The three common techniques of gerrymandering seen in Malaysia are:


Additionally, the EC is not trusted (how the f**k to?) when it's known to be a bullshitter as in the case of the indelible ink where its reason(S) for the shameless joke was initially about EC staff not shaking the ink bottle properly (hence its weak state making it a non-indelible ink), but that excuse (not reason, meaning it was bullshit) quickly changed to an Islamic requirement, which hopefully should deterred questioners from further broaching a sensitive' subject.

The Islamic requirement was the ink had to be deliberately diluted so as to be NOT indelible because Muslims have to conduct mandatory ablution prior to prayers and an indelible ink would have prevented that.

I wonder for the utter f**k of it all why the use of the ink wasn't completely abandoned if its application would prevent Muslim voters from conducting religious ablution?

Can some kind Muslims please advise me because the idiotic EC couldn't! OTOH, don't bother because it's apparent the excuse (again not reason, meaning it was bullshit) was to hopefully explain away why voters could easily erase the so-called indelible ink, and it was way way too late by then to abandon the bullshit.

And couldn't the EC have at least stuck by one given reason instead of changing its excuse (not reason) which not only showed it was lying in the first place (and hence would likely be again) but also its executives' sheer lack of competency.

Then to show the utter idiocy of the EC deputy Chairperson, he dismissed the issue of the non indelible ink as unimportant because, according to this Malaysian Solomon, the voters won't be able to vote THE FOLLOWING DAY.

And believe me, he didn't-won't give a f* if you cough blood on his moronic utterance. We know he and his stupidity would be well "protected".

I suppose that's why the EC's motto is cekap dan telus - cekap in doing the required things for UMNO and telus because it doesn't give a f**k what you think, wakakaka.

Then in either a shameless blatant lie or gross ignorance, the Malaysian Stolid Salmonella-ed Solomon stated NZ and Australia also practise the first-part-the-post system.

This drove an enraged NZ academic, Dr Tessa Houghton, an assistant professor in Media and Communication, and director of the Centre for the Study of Communications and Culture, University of Nottingham Malaysia Campus, to write a stinging rebuttal of the EC deputy chairman's bullshit - see TMI's Open letter to the EC ― Tessa Houghton in which she excoriated Malaysia's Stolid Salmonella-ed Solomon as follows:

... your claim that NZ “uses FPP” and conflation of the two systems is a grave misrepresentation of New Zealanders’ opinions on the system of FPP used in Malaysia. Ordinary NZ citizens understand the myriad voting systems available and have clearly registered their preferences. I take issue with you misrepresenting my country in an attempt to silence both the widespread criticism of both Malaysia’s iteration of the FPP system and the EC’s conduct.

As a Malaysian I couldn't help but cringe and grow red in the face when a foreign academic lambasted our Election Commission's deputy chairperson for 'misrepresenting' (a polite term but which actually means 'lying about') a foreign country.

Wan Ahmad should be Japanese and go now to commit seppuku for the honour of King and Country, or raja, bangsa, agama dan negara. But some kind Samaritan will have to show him which end of the knife is the cutting & stabbing part.

I can also attest to Australia not using Malaysia's first-part-the-post system. Australia practises the preferential voting and two variants of proportional representation, depending on whether the election is for the House of Representatives, Senate, (which) States or others. The aim in very simple terms (and very very simplified for convenience of reading and following, if I may qualify) is to ensure the candidate with the maximum (or popular) votes gets the seat.

But alas, that is NOT Malaysia's current system and unless and until we change to the preferential or/and proportionate voting system, we shouldn't use the popular vote as an argument to have the rights to sit in Putrajaya. First-past-the-post was the rule by which the GE-13 was conducted, so tough luck, that's what we have to abide by.

And nowhere had this been more painfully manifested than in Kota Damansara, thanks to an avaricious, arrogant and asshole PAS.

In a preferential voting system, PAS' 7312 votes (being in 3rd place) would theoretically have gone to either UMNO or PKR, depending on which party PAS gives its votes to. With PAS behaving like it did in Kota Damansara (and badmouthing PSM standing under PKR banner) we shouldn't automatically assume, should we? But we all know PAS has been an unforgivable asshole to sabotage and deny PSM's Mohd Nasir Hashim the seat!

Christopher Fernandez, a social critic and commentator, and author of above FMT article also wrote:

It is really the electoral system that has failed us Malaysians. Therefore there is a need for all the political stakeholders in this country to come together and agree to conduct free and fair polls by a reformed EC.

Only by ensuring that the EC undergoes great structural changes and conforms wholly and totally to the tenets and obligations of parliamentary democracy, can Malaysians be assured that democracy is in place in this country.

And I couldn't agree more. But Fernandez then spoilt it by stating as per his theme in the article's opening paragraphs:

Sometimes I wonder what people have been smoking?

Before I end, I just want to point out another aspect pertaining specifically to Sabah and Sarawak when it comes to the delineation exercise.

Because these two states joined Malaysia in 1963 supposedly as equal partners to Peninsula Malaysia (its 11 states combined), Singapore (ter-Talaq, wakakaka) and an absent Brunei, each must have adequate voice in the federal parliament.

But because Sabah and Sarawak each has lower population in comparison to the other (Peninsula) states, it cannot meet, say as an example, the ideal notional 60,000 voters per federal constituency and yet enjoy adequate representation in parliament. Thus its seats must enjoy extra weightage (not gerrymandering) or greater representation like, say as an example, 45,000 voters per federal seat.

Contrary to what the EC chairperson said recently, this extra weightage or greater representation is NOT based on geographical area BUT rather the distinct rights of Sabah and Sarawak as equal partners in Malaysia.

Thus it is the State of Sabah and Sarawak which shall be guaranteed a minimum number of federal seats, and NOT because Sarawak (or Sabah) has a vast geographical area, as the EC Chairperson wanted us to believe.

As my matey Ong Kian Ming wrote recently in an article (in Malaysiakini or TMI?) there are federal constituencies in Australia which individual area would boggle one's mind as to its geographical vastness but which nonetheless carry equal number of voters as other urban federal seats.

However, in Australia, for example, Tasmania as a State is guaranteed 5 parliamentary seats regardless of its voting population, and hence has a higher than normal representation, but most certainly not to the obscenities we see in Putrajaya and Labuan - once again, thanks to Dr Mahathir and his colouring book called the Federal Constitution, and also Harris Salleh for dropping Labuan unexpectedly onto Mahathir's lap (very much to the outrage of many Sabahans).

Currently Sabah with almost a million registered voters (let's leave aside some voters' authentic and yet to be authenticated eligibility, wakakaka, aside in this post), so with its 25 federal seats, that should work out to 40,000 voters per seat. I believe 25 federal seats is reasonably fair for Sabah as a principal state of Malaysia and the 40,000 per seat, though a wee low, would be acceptable.

Sarawak has 1,083,972 registered voters (2013 figures), thus if we were to apply Sabah's 40K per (on the basis of Sabah and Sarawak enjoying equal status as principal States of Malaysia), that will translate into 27 federal seats for Sarawak which I believe is also reasonable representation in parliament for a principal state of Malaysia.

I believe Sarawak is currently over-represented by 4 federal seats. Kapar and a few other places could do with that allocation if we want to maintain the 222 federal seats for parliament.