It's nearly a week after the election, and I believe both BN and Pakatan ought to get off their bloody backsides, shut up about the issues of Chinese, Bangladeshi or Zulu tsunami, and get back to work. 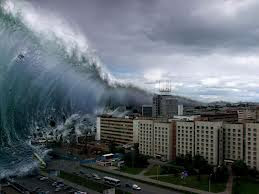 One week is enough time for elated indulgences, wallowing in self pity and scapegoat-ing.

Anwar Ibrahim also ought to cease having rallies as these aren't the correct process to address his complaints and grievances about polling irregularities. 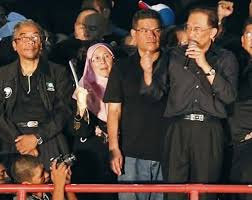 I believe Anwar most of all did himself a disfavour when he twittered "PR has won. We urge UMNO and the EC to not attempt to hijack the results" at around 1900 hours on Election Day evening when there wasn't even any result yet for a single federal parliamentary seat.

In this he lost much credibility in the same preposterous manner as he did back in 2008 when he claimed Pakatan had a mandate to form the government with 82 federal parliamentary seats against PM AAB's 140. 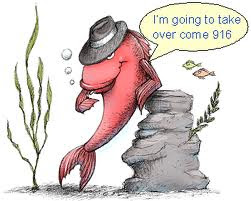 The obscenity of his 916 nonsense was his unconscionable attempt to suppress the choice of the voters for his own glorification.

Hearkening back to 2008, in Malaysiakini's Takeover a 'political lie', says Pak Lah AAB was right smack on when he described Anwar’s stunt as:

"... It is mere dreams. If at all it is true, (Anwar) would have announced it by now. The whole world would have known."

"Do you think he would ask for a meeting with me to discuss a transition? He would storm into my room with hundreds behind him, shouting victory. This is Anwar's style."

Indeed, the international press would have been summoned to learn of the crossover and his backdoor-acquired mandate to rule. 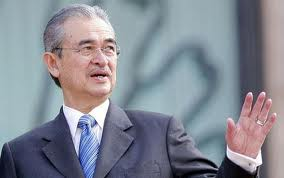 AAB sneered at Anwar, adding “… but the people will continue to be fascinated by him. This is a waste of our time. It is a game of political lies by Anwar Ibrahim and the people are choosing to believe him”, obviously a swipe at Anwar’s adoring followers.


AAB revealed that even the letter he received from Anwar had NOT even mentioned anything about the so-called 'peaceful handover' of power, but just general topics ...

... so what purpose for a meeting with AAB other than to continue his bluff.

And remember those pre 916 rumours that Muhyiddin Yassin was about to defect to PKR?

In Malaysiakini's Muhyiddin: Anwar uses my name to woo MPs Muhyiddin described that rumour as a cheap stunt by Anwar which was both immoral and senseless, informing reporters:

"This is a ploy (by Anwar) ... by (putting) my name on top the list (of BN defectors), hoping to garner support from other BN MPs. This is a desperate attempt by Anwar. Anwar is power crazy.”

So ... please lah PKR, just report any polling irregularities in accordance with the law, and stop agitating the people continuously in what will be a senseless destructive series of protest rallies.

And I hope what RPK said about more plotting a la 916 may be in store, if true, won't be supported by DAP and PAS. Enough lah of such nonsense!

Once, Anwar's most supportive journalist Terence Netto penned The link between Anwar and Dickens for Malaysiakini, in which he drew absurd parallel between Charles Dickens and Anwar Ibrahim.

Netto claimed Dickens to be the supreme artist of democracy and Anwar Ibrahim as the Pied Piper in the modern age of government by consent of the governed ... and the latter was a man who had resorted to the 916 bull?

While I had agreed with Netto that Anwar is certainly a Malaysian Pied Piper, my impression of the Pied Piper is not the version Netto has in mind. My Pied Piper is the original one in Hamelin, whom the Germans call Rattenfänger von Hameln.

The original story of Rattenfänger von Hameln was one of horror, but the tale was subsequently converted into one which had rats and whatnot. In the original tale, the Pied Piper hypnotized and led many many children to their deaths. 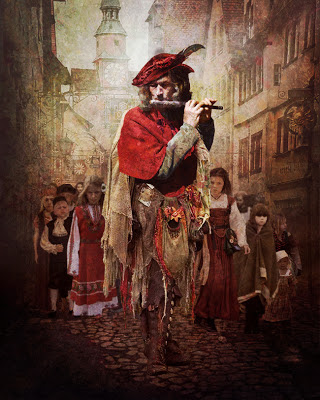 No, I don’t suppose Netto had this impression of Anwar in mind.

Fast forwarding to now, I have to admit I had my concerns about the Kelana Jaya rally but I am glad nothing untoward happened. But we cannot push our luck too far. Besides, it's not healthy for our society.

The Penang Hokkien term 'mm kaam muan' means a resentful dissatisfaction, one usually likely to lead to vengeful acts. The story of Rattenfänger von Hameln was about his sense of 'mmm kaam muan'.

I urge Pakatan people, especially those in the DAP, not to follow the seductive sinister siren tune of the resentful Pied Piper.

Get back to looking after and managing well the public roles you have been entrusted with, as well as your party affairs [eg. Selangor!].
Posted by KTemoc at 5:37 pm