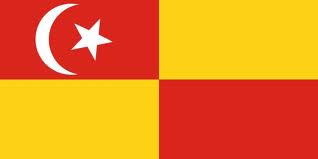 H..: Only one? I thought there would be two.

K: That's only for public consumption. The list shows a 6-4 ratio.

H..: That's racial. Why must a committee be made up by racial proportion? I don't like it. You know I am against racism. Many are aware I have a very multiracial inclination.

K: Of course of course, but it's a way of curbing, constraining and cowtim-ing those rocket people. They're very aggressive.

H..: Aggressive? or do you mean assertive. There's a world of difference between the two.

K: Yes yes amp... ......, you are absolutely right. But ... er ... that means I'll have to leave out from the committee a favoured hard-working Chinese from my own party - she's totally reliable, 101% loyalty, and even went to Taiwan on our leader's bidding, an activity very much against her human rights grain.

H..: Then there's not much of that grain, is there?

K: Yes yes amp... ......, you are absolutely right. But I really want to have her in the committee as a show of my multiracial credentials and commitment.

H..: Well, make up your mind whether you want a 6-4 racial split or a multiracial credential? You can't have both at the same time. Sticking to the previous 5-5 which worked rather well would have solved your problem.

K: It's politics and I know you once mentioned most emphatically you are not and will not involve yourself in politics. It's about keeping the rocket people in manageable numbers in the committee.

H..: You know what they say about you being lukewarm towards this woman in your party when she was in trouble? You distanced yourself from her when she was a victim of an unscrupulous scoundrel who betrayed her trust, as if she was the scoundrel instead of the victim. It had to take two from the opposite side of the fence to come to her defence. And now you insist on her being in the committee at the expense of your ally, whom you also want to control in their committee numbers. I just cannot understand you.

And when you were in trouble with the Talam issue, who spoke up for you but those rocket and bulan people, Your own party was deafeningly silent. And now you want to stab rocket in the back.

And what is this I heard you want an un-voted person from Kedah in the setup, in fact a failed politician who couldn't even answer questions about the conduct of your last party polls and who now want to postpone the coming one? In fact in his previous political allegiance he was a thug in an international forum.

And don't forget you are already the chair which is always worth at least two in the committee. You now want to deprive your so-called ally of one to give your party 3, which makes a total of five for your party. Isn't that excessive, greedy and unreasonable when your party performed the worst among your allies?

Then I noticed in the last two weeks your party people behaved arrogantly to stake an automatic claim on the chair of the committee as if this State belongs to you party. And that woman had the nerve to tell your allies to back off on the choice of the chair, confirming your party's mistaken belief that the position is your party's birthright. This smells of ketuanan nonsense. Don't forget who I am.

K: Yes yes amp... ......, you are absolutely right. Politics is so dirty which has been why I dare not burden sire with its shoddy complexity.

H..: Since you claim to be multiracial, what about an Indian from your party? I heard the previous one has being dropped?

K: My ally is putting one up so there'll be one Indian in the committee.

H..: One Chinese from your party, or is it THAT particular Chinese?

H..: I don't like the way your party treats Indians as if there are your mandores. But well, do what you think is right. I have had enough of your nonsense.

K: Menjunjung kasih, but may I drop your name here and there, if only to deter my ally from making too much noise?

H..: Boy, I am glad I am not in politics. You bastards make me sick with your treachery.

Now who's been naughty to HRH and fibbing to DAP? Khalid Samad or Khalid Ibrahim?

What I wrote as a comment over at Malaysia-Today on the topic of Xavier’s supporters gather outside Anwar’s house prior to the announcement of the Selangor exco lineup:

PKR has the MB and 3 exco positions which will be filled by Elizabeth Wong, Rodziah Ismail and Daroyah Alwi..

Actually HRH can still get his 6 Melayu with PAS' 4 and PKR's Rodziah Ismail and Daroyah Alwi, on top of a Malay MB in PKR's Khalid. And DAP could still enjoy its deserved 4 excos.

But that would mean leaving out Eli. That won't be accepted by Khalid who coincidentally is the only one to speak with HRH, so God knows what's spoken between HRH and the MB?

Be that as it will be, the fate of Xavier is the fate of Indians in PKR - eg. Kalla, Gobala both of whom were once bodek-ers of Anwar Ibrahim but which didn't save them. PKR is just another UMNO who sees Indians as mandores or lapdogs.

However, there is a kaytee solution. Take for example the case of Eli Wong, a fave of Khalid Ibrahim because she is 101% loyal to him like Faekah, hardworking and a commendable exco on the portfolio of environment. She even sacrificed her reputation by going to Taiwan to chase after potential frogs for Anwar in the 916 Great Shame.

Imagine, a great human rights advocate and sweet lady like Eli chasing Anwar's frogs all the way to Taiwan!!! If that's not dedicated blind loyalty, what then is? So PKR's appointment of her to the exco is only to be expected, and f* anyone who stands in her way

Because PKR insists on having her in the exco, it has to be done at the expense of DAP, without touching HRH's 6 Melayu excos provided by 4 PAS ADUNs and PKR's Rodziah Ismail and Daroyah Alwi.

Thus, to have Eli Wong in the exco on top of the PKR MB and 2 Malay excos, DAP is forecast to have to give up one of its exco allocations to Eli.

The solution for PKR and Xavier is to get DAP to give up another exco position. In fact, why not take all exco positions from DAP. That way, Xavier and 2 additional PKR ADUNs (perhaps Nik Nazmi and Azmin Ali himself) can all be in the exco too.

Wakakaka!
Posted by KTemoc at 1:34 pm