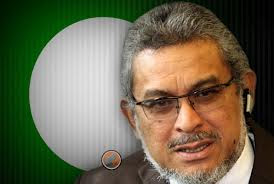 As we all know, the Pakatan post-election agreement was for PAS to get 3 excos plus the speaker position (the latter previously held by DAP), DAP to get 4 exco positions, and PKR, apart from filling the MB position, gets 3 exco positions.

PAS' Khalid Samad now claims that Pakatan negotiations on filling up the exco have ended up with 2 plans.


The first plan, according to him, was there would be 5 Malay exco and 5 non-Malay exco.

Again according to him, the second would be made up of 6 Malay exco and 4 non-Malay exco.

So the first will see PAS providing the 3 Malay exco plus 2 from PKR, while DAP provides the 4 non-Malay exco with one from PKR.

OTOH, the second requires, according to Khalid Samad again, that PAS to provide 4 Malay exco with the remaining 2 from PKR, while DAP can only provide 3 non-Malays with 1 more non-Malay from PKR.

If you see Khalid Samad's argument or purported Pakatan agreement, then regardless of Plan 1 or Plan 2, PKR gets:

(a) the MB position as a special-to-holder for Khalid Ibrahim (agreed to and supported by both PAS and DAP, and ironically disagreed by PKR), and

Thus, PKR gets what it wants on the exco, regardless.

PAS also benefits from Plan 2 as it improves its exco standing with Plan 2 at the expense of DAP - assuming Khalid's revelation on what was negotiated has been correct.

But there are two issues involved, clouded by constant sly references (by both PKR and lamentably now PAS) to the Palace as if HRH has made a decision at the expense of DAP.

The two separate issues would be (a) Pakatan negotiations and (b) final approval by HRH.

The Pakatan intra-coalition negotiations would be independent of HRH's approval as that would be part and parcel of a coalition sharing of the exco positions, provided of course it doesn't clash with HRH's personal preference on the exco make-up.

I doubt HRH would want to interfere with intra-coalition negotiations on sharing of the exco positions. HRH will only be interested in who'll be the MB and exco members as these people will be running his state for the next 5 years.

If HRH wants 6 Malay exco, then it's clear PAS and PKR should provide them with 3 each. DAP continues to have 4 exco as agreed.

In other words, both Pakatan negotiated agreement and HRH's approval will be met.

Thus the only cause for change to Pakatan's agreed sharing of the exco positions would only be in a situation when even a combined PAS-PKR contribution could not provide 6 Malay ADUNs for the exco.

It's not the case here.

Khalid Samad's argument is faulty because on the basis PKR wants to put a non-Malay (and to f* with everyone else), DAP has to surrender one of the 4 exco positions to PAS to fill the 6th Malay exco.

Why shouldn't the 6th exco member come from PKR? Why only from PAS at the expense of DAP?

All these have nothing to do with HRH. Please stop using his name to justify intra-coalition hijacking.

It's PKR's problem foisted, as usual, onto DAP, of course with PAS benefiting.

Could that be the reason Khalid Samad talks like so?