Go and smite the inhabitants of Jabeshgilead

From the Sydney Morning Herald, an article by Daniel Fitton titled Gillard on a slippery slope with statement on the terrible bias of the Australian government for Israel:

(Note: other than photo of PM Julia Gillard, images here are not from this SMH article but inserted by me)


Julia Gillard's lopsided statement on the conflict in Gaza and Israel leaves an open question about Australia's support for assassination.

The missile attack that ended the life of Ahmed Said Khalil al-Jabari was not the beginning of this latest round of violence - but most certainly a dramatic escalation.

For Gillard to urge ''both Hamas and Israel to exercise restraint'' but not even mention the attack appears disingenuous. The government does no favour to Israel by giving tacit support for an act Australia itself views as contrary to international law.

Israel does have a right to defend itself, as Gillard said - but that does not mean Israel is always right. There is a dangerous and slippery slope here that should not be ignored. Killing without trial - and at a distance - can be portrayed as ''surgical'' but it raises messy ethical questions about due process and trust in secret intelligence information that cannot be tested.

The same questions are also raised by drone strikes in Pakistan's tribal areas and in the deserts of Yemen. The Obama administration last year deployed a drone to kill a US citizen, Anwar al-Awlaki, without trial and on dubious legal standing.

The raid on Osama bin Laden's compound in Pakistan, by contrast, at least had the prospect of taking the al-Qaeda leader alive and bringing him to trial.

Jabari, the Hamas military commander, was himself an accused killer, with ''blood on his hands'', but the decision by the Netanyahu government to kill him was far more complicated than the crisp few seconds of video footage suggests.

Most importantly the question still hangs: why kill him now?

[kaytee's comment: because the Israeli election is just around the corner, on 22 January 2013 to elect the 19th Knesset]

Gillard was rightly critical of Hamas, condemning ''the repeated rocket and mortar attacks on Israel from the Gaza Strip'' and calling on them to cease action immediately.

She was also correct to say ''attacks on Israel's civilian population are utterly unacceptable''.

But she should have also included a reference to the deeply troubling prospect of legitimising assassination. 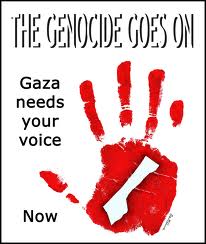 Alas, like the US, Australia has a very powerful pro-Israeli lobby, which ensures (probably through political funding) that the two major political parties, Labor and Coalition (comprising Liberal + National Parties) stay staunchly pro-Israel.

However, some MPs (from Labor, Liberal and the Greens) are sympathetic with the Palestinian cause and have called for a two-state solution to the Israeli-Palestinian conflict, which of course Israel does not want.

In 2010, Australia expelled an Israeli Embassy official as a symbolic protest against Israel for forging and using Australian passports for its agents during the assassination of a Hamas man, Mahmud al-Mabhuh in Dubai.

Australia did so most reluctantly and against protests by the right wing Coalition. The (then) Foreign Minister Stephen Smith said:

"These investigations and advice have left the government in no doubt that Israel was responsible for the abuse and counterfeiting of these passports."


"This is not what we expect from a nation with whom we have had such a close, supportive relationship," he said. "These are not the actions of a friend."

"The government takes this step much more in sorrow than in anger."


"... more in sorrow than in anger ..."? That's the extent of how powerful the pro-Israeli lobby is in Australia, as it is in the USA. 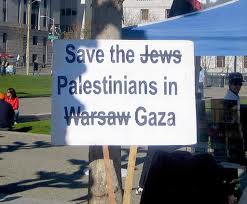 We have just witnessed with deep disappointment and disgust at how the USA has blindly, automatically and subserviently supported Israel in its current disproportionate bombardment of Gaza, again,

without bothering to examine or plain ignoring the root cause of the Palestinian dissatisfaction, frustration and anger, arising from loss of land stolen by Israel, deprivation of decent living by Israel's deliberate ghetto-risation of Palestinians (in the way the Nazis did to European Jews), sufferings from Israeli imposed rules, procedural obstacles and oppression.

In a synopsis to his book, Michael Sheur, a 22-year CIA veteran and its former head of the Osama bin Laden desk and author of the book Imperial Hubris wrote 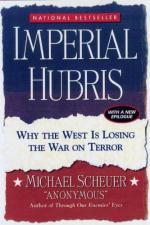 describing Israel’s implacable intent to destroy Palestine by whatever means necessary: starvation, steadily expanding settlements, military force, and/or assassinations, and of the arrogant ignorance of the US and Western diplomats and the fools’ role they play in Palestinian and Israeli hands.


Michael Sheur was subsequently fired from his position as a senior fellow of The Jamestown Foundation in February 2009 for stating that "the current state of US-Israel relationship undermined US national security".

Now, what do you think of Dr Mahathir's assertion that (Zionist) Jews rule the world by proxy?
Posted by KTemoc at 7:28 am