Currently, on the eve of GE-13, Pakatan is unnecessarily embroiled and tied down in Gordian-like knots over a haircut because some lil’ Napoleons (of the mullah-ish variety) had the temerity to impose Islamic rules on non-Muslims.

Like Samson of the biblical Israelite Judges, Pakatan is severely weakened on the eve of battle, all because of the haircut.

I suppose the misogynists can once again blame the politically enervating hair-cut on Delilah's or the Jezebel's, Eve's, Salome's, Lilith's, Ataliah's, Mrs Lot's and her incestuous daughters (ancestors of Moabites and Ammonites, and coincidentally the Israelites' enemies, thus nasty Hebraic badmouthing was in order).

While we non-Muslims consider PAS just over-absorb in matters of a sexual nature, to wit, sex, sex, and sex, they OTOH believe they’re merely doing God’s work, though I suspect, God doesn't want to have anything to do with their unnatural obsession with women and sex.

With a large dose of hubris, they have thus declared their faith and their unswerving holy duty to implement hudud. If you have a mouthful of hair, that's just the initial unpleasant taste of what can possibly come later.

While Science may give us answers to almost all we want to know, it can't assuage/answer our mortal fears, that of the so-called 'hereafter'.

Even in religions which do not recognize the existence of an omnipotent omniscient Creator ‘God’, like Buddhism and Jainism  these religions still attempt to assuage our fears by presenting a train of logical process as to our 'hereafters', a series of rebirths in Samsara, … BUT which belief nonetheless still requires a leap of faith, though admittedly a minor one in comparison to the Abrahamic faiths which demand a gargantuan Grand Canyon-ish leap of faith. 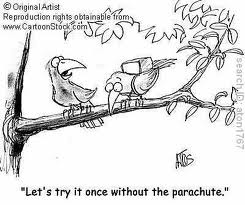 Other religions like Taoism and Confucian(ism) deftly side-skip the issue of a Creator, and focus on Man's obligation and moral behaviour towards, respectively, the universe and society. These ideological approaches save subscribers from the problem of having 'faith' in order to achieve 'salvation'.

Aiyah, those Chinese (like kaytee) are damn tricky ones ler, wakakaka, tap dancing their way around the matter of a required leap of faith.

You can blame Confucius for it, for the venerable sage told the Chinese, “Revere the gods BUT keep them at a bloody distance”.

Born 15 to 20 years before the Persians freed the Judeans (Israelites) from their Babylonian captivity, and when the bible was said to be written (during the Judeans’ captivity), Kongfuzi wasn't much into heavy metal theology. The grand old man focused specifically on strong family ties and loyalty, and associated stuff such as ancestor worship, respect of elders (especially by their children) and best of all, respect of and obedience to husbands by their wives, wakakaka.

He was the originator of the saying "Do not do to others what you do not want done to yourself".

The other indigenous Chinese religion, Taoism, is often and most unfortunately mistaken with Chinese folk religion. Taoism is not unlike Confucianism or Buddhism, where it doesn't give a fig about an Omnipotent Omniscient Almighty Creator. 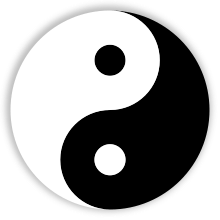 It is more into the ethical concept of wu-wei which in simple terms means 'action without action'. Oh, those tricky Chinese again, confusing us.

We are told, apparently, that in ancient Taoist texts, wu-wei is sometimes analogous with flowing water, in particular on the fluid’s yielding nature - water flows but on meeting an obstacle like a boulder, doesn't exert any force but instead yields and flows around the rock – thus, 'action without action'. 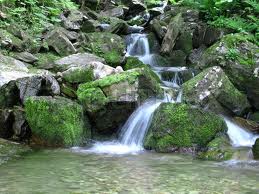 Wikipedia has this to say: Taoist philosophy proposes that the universe works harmoniously according to its own ways. When someone exerts their will against the world, they disrupt that harmony. Taoism does not identify one's will as the root problem. Rather, it asserts that one must place their will in harmony with the natural universe.

Thus, a potentially harmful interference is to be avoided, and in this way, goals can be achieved effortlessly.

"By wu-wei, the sage seeks to come into harmony with the great Tao, which itself accomplishes by nonaction." 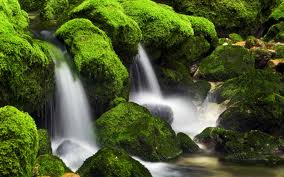 I am sure you have heard of the popular saying “Be at One with the Universe”. Now, you know where it came from!

I also suspect Taoists were the original Greenies. Once I visited a Taoist monastery in Kunming, Yunnan, on top of Mingfeng Hill, where I found the place to be the most tranquil in my life’s experience. The environment was truly peaceful, soothing and serene.

I am not sure whether it’s the fengshui layout of the monastery or the pine trees in its gardens and surrounding areas.

Laozi was said to the founder of Taoism, and Chinese often tell the story of how Confucius, his contemporary (or even junior), deferred often to the Taoist sage and sought Laozi’s advice. 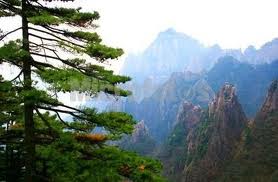 When asked how he wanted to be interred when he passed away, Lao Tze was reputed to have said, “Bury me and the worms get my body, leave me exposed and I would be feeding the birds, so what’s the difference?”

But being the typical cunning tricky Chinese, he scooted out of China to the West (India?) before he died, and was never seen again. Thus there was no body of his to be claimed or fought over for interment.

Then Buddhism came from India to China, and (like most invaders) soon assumed a Chinese character and became Chan (Zen) Buddhism.

Thus, it’s little wonder the Chinese were more receptive to communism, though, mind you, they have since change their minds, preferring instead the advice of Deng Xiaoping, who said “To be rich is glorious,” wakakaka.

When I was doing my HSC I recall reading an essay, I think one by Radhakrishnan), on the difference in Indians and Chinese political thinking or thoughts. He wrote that the former was so bound by Hinduism and the caste system that communism had no or very little chance of gaining a foothold amongst Indians who probably (then) needed the social system most, whereas those Chinese who “revere the gods but keep them at a distance” had no problem of faith and readily took on the new ideology of communism.

But back to the issue of faith, all (or most, if you exclude those tricky tap dancing Chinese religions, wakakaka) require some leap of faith, where the only difference would be what quantum of leap, a gi-normous one for each of the Abrahamic faiths or a teeny weeny ‘step over the local longkang’ type of leap for Buddhism and Jainism.

Ironically, the ones which require huge leaps of faith are the easier religions to follow – just do what you have been told, and you’d be saved – whereas the ones like Buddhism and Jainism are immensely difficult to follow, more so when there’s no brimstone and fire or Nicky waiting threateningly at the end.

As the nun-mentor of my late mum used to tell my family when she came to see my mum, “Buddhism is not a religion of mere following and just obeying, but a religion of doing. One cannot be a Buddhist by just believing; one must live and action the precepts of Buddhism.”

But regardless of gigantic or microscopic leaps of faith, of believing-obeying or actioning, faith in religions in the final analysis is all about saving oneself, of ensuring one's ‘hereafter’ (or 'hereafters' for Buddhists) will be akin to a 5-star international Hotel at Phuket or a 1st class sea cruise hosting a Playmates’ workshop. 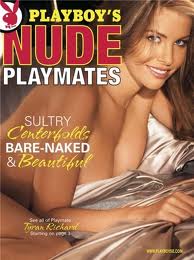 To ensure your faith, some religions (surprisingly not Judaism) have old Nicky or Satan (the Syaitan Dr Mahathir said you know), who I believe becomes the unfortunate scapegoat for God’s negligence or mistakes, just so to ensure your faith in an infallible God does not falter.

Yes siree, God has a wonderful job description, namely, “take all credits for the wonders of this universe, miracles and acts of compassion, kindness and generosity, but blame the Devil for all wrongs, disasters and anything you don’t want to be associated with. And if cornered with unpleasant facts (eg. 350,000 innocent Indons killed during the Boxing Day tsunami), use the phrase ‘God works in mysterious ways’.” 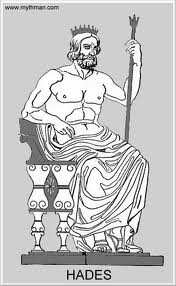 Again, the damn Chinese are ever tricky, assigning the job of hell to a (folk religion) god, not unlike the ancient Greeks’ Hades (Romans’ Pluto). Thus a Chinese, who is neither a Christian or Muslim, can’t blame all evils to Satan, because there isn't any Satan. And if you badmouth the Chinese God of the Underworld, you won’t be popular when you meet that divine Auditor, who I am informed, has 36 levels of 'Correction' Halls, wakakaka.

Taoist, Confucianist, & Buddhist Chinese (like non-Chinese Buddhists) have learnt for thousands of years they themselves are responsible for their own mistakes, evils or moral crimes, which fortunately don't include visits to unisex hair salon or attending the concerts of Elton John or Inul Daratista or celebrating Valentine’s Day.

Faith! As my matey John used to tell me when my faith in his promise falters, “kaytee, have faith in me, trust me, after all I’m a lawyer.”

Hah, Faith! And who will be saved? 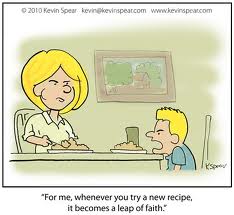