After 3 weeks away from blogging I return to see, as I had predicted, elections are yet to be called.

Hardly surprising as the prerogative for "recommending" to HM The Agong to dissolve parliament (and thus initiating fresh elections) belongs to the current PM - a legitimate process sanctioned by the Constitution, a process no different to any Westminster styled constitutional democracy - who as we know (and he too knows) hasn't enjoyed the confidence of the majority of the people to call for one as yet. Yes, why rush to commit political suicide.

When you're as politically as f* up as poor Najib, and you have the constitutional rights to hold off for a wee while longer, why not, as the time until the final moments will permit you to:

a. work out some salvaging policies and programs (though I don't see any),

c. hope the opposition will balls up through fighting among themselves or shooting themselves in their own feet (Hudud vs Secularism),

Regarding subpara 'c' above, the DAP is currently showing its internal division over the Karpal Singh's proposal of 'one person, one seat only at either federal or state level'.

I both agree and disagree with Karpal's proposal.

I agree with Karpal because I opine that the DAP has grown exponentially in membership numbers where, as different from yesteryears, it now has more than adequate numbers of good and capable pollies to take on its share of state and federal seats with a different individual representative in each constituency.

If a senior DAP pollie hangs on to both a state and a federal seat, such an approach will deny and frustrate another capable party member who wants to make direct contributions as a people's representative. Frustration among party members in politics will ensure the DAP remains a small player.

OK, some new jump-on-wagon-ers to the party, having rushed to join the party since March 2008, may not be desirable (being seen as opportunists) while some new wannabes may also be moles. The DAP is notorious in its apprehension about such a possibility (of moles) which has been why its vetting process for pre-selection candidates is as tight as Midas' fist.

But look, there is no 100% guarantee in politics as demonstrated by the remarkable Madam Hee, who despite DAP's over-accommodation of and for her, went on to betray the party. Win some, lose some, and preferably win more than lose ... but in the end, there cannot be any watertight assurance of a party member's indivisible party loyalty.

But being apprehensive about some dodgy members like Madam Hee or another remarkable erstwhile (former-UMNO) member in Jelutong(?) doesn't mean there's no one else in a great party to call upon to take up a state of federal seat to be vacated by an existing MP-ADUN. The DAP should, nay, must increase its represenatives' gene pool.

However, I disagree with Karpal on his proposed sole exception, that Lim Guan Eng be allowed to stand at both state and federal levels. WTF for when Lim GE will again be the CM of Penang which automatically rules him out from federal ministership.

Thus, if Lim Guan Eng wants to continue being CM of Penang (thus has to an ADUN first), and most Penangites want him to, and I am confident he will be re-elected in the next state election to be an ADUN and consequentially the CM, then he can’t be appointed as a federal minister (assuming Pakatan takes Putrajaya), though he may be an ordinary MP. 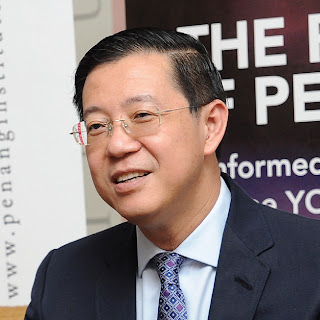 Even if Pakatan takes over Putrajaya, what is the point of Lim GE being an ordinary MP?

Lim GE as DAP party sec-gen can influence policy development at federal level through the DAP party caucus without even being an MP.

I hope we are not suggesting that Lim will abandon Penang to become a federal minister if Pakatan takes over Putrajaya?

There must be total commitment, not just mere involvement, to either federal or Penang politics. I want Lim GE to be as "committed" as the pig in a breakfast dish of ham and eggs. In that breakfast dish, the pig is totally "committed" while the chicken is merely "involved". 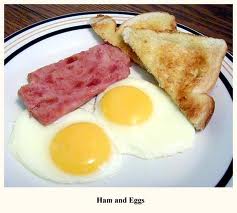 By making an exception for Lim Karpal has unwittingly signalled double standards, a highly volatile source of internal party dissent, so my dear Bhai, unless you have a damn good reason, your proposed policy must apply to Lim GE as well.

The same argument applies to Dr Rama, Ngeh and his cousin Ngah, Teresa Kok, etc. They must choose to play in state OR federal arena, but not in both.

For example, let's say that Pakatan captures Putrajaya, ahem! Will Teresa want to be a federal cabinet minister or remain as a Selangor exco member? 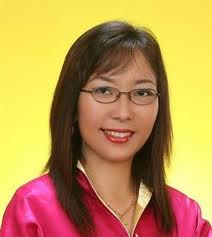 Which one she may eventually choose, she'll invariably let down the other, by default of not allowing someone of talent and capability to stand in the one she ought to surrender to the party.