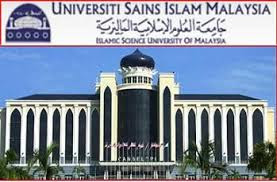 The government of Oman has blacklisted four Malaysian universities in a move to prevent its nationals from enrolling in them.

The Times of Oman reported yesterday that its higher education ministry had decided to impose a ban on the universities after they were deemed to have committed “alleged abuses” and failed to address “challenges” facing students from the middle-eastern sultanate.

Oman’s cultural attaché in Malaysia, Yahya Salam Al Mandhari, was quoted as saying that the accreditations were revoked over various “violations.”

“Most of these reasons are academic and administrative, including the existence of complaints against these universities by some of the Omani students studying there,” he said.

“These universities are not complying with some of the laws of the country of scholarship such as registering students, allowing them to study on tourist visas, and most of these universities are unresponsive and not cooperating with the cultural mission in solving the challenges facing Omani students,” he claimed.

Al Mandhari was also cited by the Oman Daily Observer yesterday as alleging that the universities issued graduation certificates with contradicting dates while not being responsive on solving the students’ problems.

Aisehman, congratulations are in order. My Uncles told me the above-mentioned universities have become what some Indian private universities used to be.

Uncles told me some of those kids were really spoilt naughty brats who wasted their times in India enjoying themselves rather than studiously studying, wakakaka. Mind, they still came back home with degrees, diplomas and many Indian jokes.

But to cut a story short, some of the Indian private universities were dodgy and not recognised by our once highly respected medical council.

Now, the table has turned against us. It seems some of our fantastic-looking universities are what Penangites would describe as 'hoe knua, boe hoe chnea'.