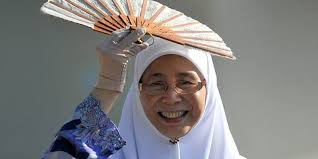 PKR president Wan Azizah Wan Ismail would create history if she is ever elected to be Penang chief minister, said author Hasmi Hashim.

Speaking at the forum “Ketua Menteri Melayu Pulau Pinang, ya atau tidak” (A Malay Penang Chief Minister, Yes or No) at Malaysiakini last night, the writer and lyricist recalled the 2008 Pakatan Rakyat manifesto had mentioned they would change the chief minister every two terms.

“Wan Azizah (photo) has fought for a nunber of years, and true she is a MP, but she has never had the chance to sit in the appropriate seat that would allow her to put into place policies that she has come up with,” said Hasmi.

Penang is theoretically one of the few states where non-Malays could be its political head as CM, the other being Sabah and Sarawak, where in the latter the chances would be zilch; once upon a time Sabah could be the second state where a Chinese Malaysian could become CM, but today that's no longer possible.

So that leaves Penang as the ONLY state in Malaysia where a Chinese can become CM. I hope the Malays remember Chinese are also Malaysians.

Yet the seemingly Malay-centric forum, organised by PKR Hasmi Hashim (former aide to Azmin Ali) wants to deprive Chinese Malaysian of their only sense of accomplished political participation by proposing to take away from them this sole exception for Chinese Malaysians.

Leave it to a PKR man to propose the above Malay domination game.

Suggesting Wan Azizah as the next CM of Penang, on the double barrel basis that she is a woman and a Malay, is the bitterest and cruellest blow to the Chinese Penangites.

The bitter irony of the forum's proposal has been that, by bigoted contrast, years ago (in 2008) Teresa Kok could NOT be the deputy MB on the basis she was (still is) a Charbor (woman) and a Chinese.

Take note that in Penang, once a very predominantly Chinese populated state, even a Chinese in the person of a very distinguished and eminent lady, namely PG Lim, who served the government and was highly regarded by them, was never nominated by that government to be Yang Dipertua Negeri Pulau Pinang. She was just a Chabor and Chinese, like Teresa Kok.

Apart from that, why didn't the forum recommend Wan Azizah for the post of Selangor MB, not forgetting that Wan Azizah is also a known reluctant politician who just wants to be near and to serve her jailed husband in KL.

Don't forget that when she was involved in the rancid Kajang Satay saga, she had to seek help from Pakatan people to look after her Permatang Pauh federal and Kajang state constituencies. How in the world then will she be able to cope with being CM Penang if she could not look after her constituencies?

We Penangites can do with less of creating PKR Malay history and more of Malaysian and Penang history.

And if you desire a woman CM of Penang, I recall my proposal in June last year has been Chong Eng (ADUN Padang Lalang). 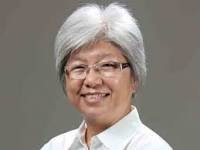 On the basis of experience then Chong Eng could easily be Guan Eng's replacement and the first woman to become the state's (and Malaysia's) first female CM.

She has been not only an ADUN but a very experienced MP for Bukit Mertajam long before DAP rotated its MPs to become ADUN and vice versa. Unlike Wan Azizah she is NOT a reluctant politician.

BTW, Chong Eng is married to Gunabalan Krishnasamy, an artist - they have two children. If she were to become the new CM of Penang, she may possibly satisfy the demands of two minority groups, that of women and indirectly the Indians.

But leaving out the argument that Penang must have a Chinese CM, since the PKR organised Malay-dominate forum was worried that the image of a Chinese CM might possibly estrange Malay Penangites, why not propose Dr Ramasamy as Guan Eng's replacement? 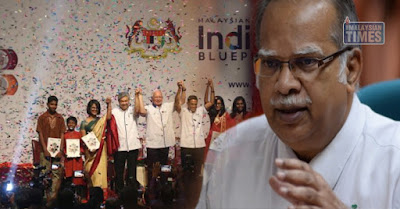 Yes, why didn't the forum propose Dr Ramasamy as Penang's first Indian CM? He is currently Penang DCM II and has bags of experience running the state. Dr Rama is also an intellectual of some standing in both the academic and Hindu worlds.

Let me reiterate that Penang is the ONLY state in Malaysia which can possibly have a Chinese or Indian CM. The nine sultanate states can only have Melayu as MB while Sabah and Sarawak are likely to continue doing what the sultanate states will do.

The PKR-Malay forum thus should be mindful that Pakatan already has Selangor (and once Kedah and Perak) for their Malay pride.

Don't take Penang away from non-Malay aspirations as Tengku Adnan once tried to, via his sinister and unconstitutional proposal to FT-rise Penang. You guys have been exceedingly too greedy.