Burdens of being a Princess

Most of us political observers have long known or heard of Nurul Izzah considering a retreat to her family political fiefdom in Permatang Pauh to represent her absent father's long-time constituency comes GE-14, while her mum remains in Selangor, perhaps as an ADUN, to be near to her dad so as to look after his needs.

It's obvious that the Anwar family looks upon Permatang Pauh as a family heirloom to be handed from one to another. I wonder whether Nurul will want to stand in Permatang Pauh if her sister Nuha is an aspiring politician? But some have said Nuha lacks Nurul's political persona and thus is not considered 'winnable'. 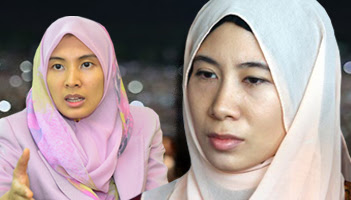 The other rumour has been that Nurul will not be able to hold on to her two-term FT constituency of Lembah Pantai in GE-14 as her likely BN adversary Raja Nong Chik has not been exactly idle after he lost to Nurul in 2013. 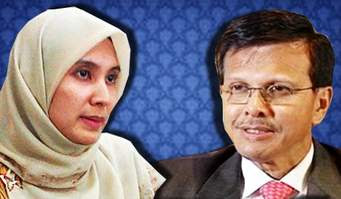 In fact au contraire, he has been busy 'fertilising' and 'ploughing' the political landscape there in a hope to realise a possible rich harvest of votes for him in GE-14. Thus many in Lembah Pantai admire Raja Nong Chik for continuing to look after the rakyat there despite being not their parliamentary representative and also after having lost in 2013.

It so happens that MM Online has just published In Lembah Pantai, class divide hints which way votes will go, extracts of which follow:

Lembah Pantai in Kuala Lumpur is not just home to the affluent Bangsar enclave, but also a significant working class in Pantai Dalam and Kerinchi.

Those in Bangsar were more politically aware and wanted a representative who could speak on national issues, such as policies and laws.

Over in Pantai Dalam and Kerinchi, respondents valued a lawmaker who was accessible and could be seen serving his/her electorate.

They said they preferred an MP who was concerned about their immediate welfare and prepared to contribute to local events such as celebrations, deaths, and weddings.

Residents of the Taman Angkasa flats in Pantai Dalam still sang Raja Nong Chik’s praises, and noted that the former federal territories and urban wellbeing minister was regularly present despite his defeat to Nurul Izzah nearly five years ago.

Criticising the incumbent as absent, one resident pointedly compared Raja Nong Chik to her father, Datuk Seri Anwar Ibrahim, and said both men were from the generation of politicians that put in the work meeting constituents.

There's never been enough time for a busy politician unless you happen to be a semi-hanger-on like pathetic Tengku Adnan. Thus, Nurul has to not only look after her own constituency as a 'long-kang' rep but also as a putative leader of PKR, one to manage, manipulate or mangle (wakakaka) the political 'big picture'.

But it seems from the MM Online news article, written by Kamles Kumar, Nurul has neglected the former, that of looking after her own constituency. Whether she has or not is a matter of perception and alas, the perception about her worth as a representative has different shades according to the Valley's class-divide. The affluent and perhaps-modernised Malays like her whilst the more traiditional kampung Malays considered her as a pandai ponteng MP.

Hypothesising she has, ie. neglected the people of Lembah Pantai, that could well be due to the unfortunate effect that she has been pushed, since Day 1, into wearing Daddy's boots which are  beyond her size.

PKR calling her Princess Reformasi has been not helpful with such a heavy burden for her to carry, when in reality she hasn't done enough (due to her limited experience) to earn such a sobriquet.

And at her politically-tender age and lack of seniority in PKR, she surely doesn't merit being a VP, if not for the fact she's Anwar's daughter, political heir and a visual, walking, talking continuation of an incarcerated Anwar.

Even at one stage, RPK suggested she stood for election as an ADUN in Penang so she could become the deputy CM, a suitable role for her political training to be a future PM. And indeed many Pakatan younger supporters have frequently recommended her as the coalition anointed PM.

What f**king silliness for a young sweetie in her mid-30's to be Pakatan's anointed PM over and above hairy chested uncles like (at that time) Hadi Awang, Mat Sabu, Azmin Ali, Dzukefly Ahmad, Khalid Samad, Lim Snr and Jnr, Dr Rama, Kula, etc, or even her mum.

Thus, there might have been a scenario where she has been 'pushed' hastily into 'big picture' politics to the detriment of her other 'required' credibility as a arch-typical politician traditionally loved by Malays, one who drops in on kampung weddings and jamuans, and 'contributes' generously to same, participates in village prayers, berbual2 with the Pakciks and Makciks and hands out gifts of money and kain pelikat, wakakaka.

But there might also have been a scenario she hasn't been interested in such, or found she has to or prefers to devote more time to hi-falutin stuff such as national issues, eg. setting GST to zero (which IMHO, shows her lack of understanding of 'big picture' economics and the painful-to-explain but nonetheless necessary government revenue).

But her migration to Permatang Pauh may not necessary be safe as PAS has sworn to be a wrecker which is not interested in winning in GE-14 but interested in ensuring Pakatan loses. 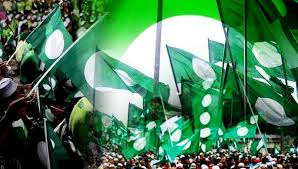