To be President of USA

Donald Trump is basically 'toast' after his lewd remarks about women, and it's a mere 2 months to election. All Hilary Clinton has to do is sit tight and let the shocked Republicans tear themselves apart, wakakaka, and come November the USA will have its first woman president. 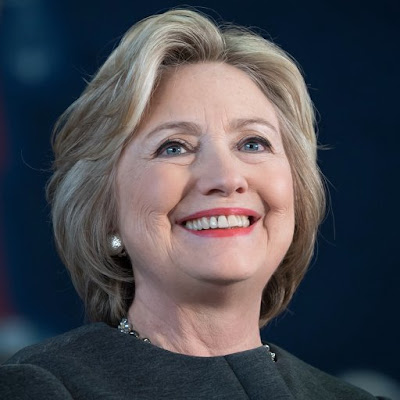 But whether its Clinton or Trump, let me pass on the opening paragraphs of well-known Australian writer Don Watson who was commissioned to write an essay on this coming US presidential elections in 2016.

This is what Wikipedia says about Don Watson (extracts and edited because of length): Watson took his undergraduate degree at La Trobe University and a PhD at Monash University[1] and was for ten years an academic historian. He wrote three books on Australian history. For several years he wrote political speeches for the then Premier of Victoria, John Cain. In 1992 he became Prime Minister of Australia Paul Keating's speech-writer and adviser and his best-selling account of those years, Recollections of a Bleeding Heart: A Portrait of Paul Keating PM, won both The Age Book of the Year and non-fiction Prizes, the Courier Mail Book of the Year, the National Biography Award and the Australian Literary Studies Association's Book of the Year. In addition to regular books, articles and essays.

His 2001 Quarterly Essay Rabbit Syndrome: Australia and America won the inaugural Alfred Deakin Prize in the Victorian Premier's Literary Awards. Death Sentence, his book about the decay of public language, was also a best seller and won the Australian Booksellers Association Book of the Year. Watson's Dictionary of Weasel Words was published in 2004 and continued to encourage readers to renounce what he perceives to be meaningless corporate and government jargon that is spreading throughout Australia, and to embrace meaningful, precise language. More recently, Watson contributed the preface to a selection of Mark Twain's writings, The Wayward Tourist.

American Journeys is a narrative of modern America from Watson's travels in the United States following Hurricane Katrina. It was published by Knopf in 2008 and won both The Age Book of the Year non-fiction and Book of the Year awards. It also won the 2008 Walkley Award for the best non-fiction book.

In 2014 The Bush: Travels in the Heart of Australia was published to critical acclaim for its content and for the beauty and effectiveness of Watson's writing. It is a combination of personal and family memoir, travelogue, history, natural history and reflection in which Watson invites readers to ponder the bush and its place in the story of Australia and Australians, both Indigenous and post-1788 arrivals and their descendants, those of the past and those of today. 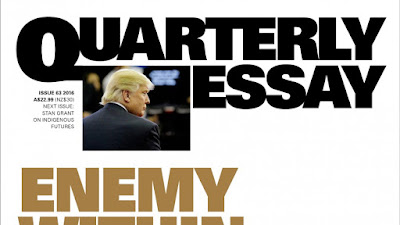 In his latest work on the Trump-Clinton election for Quarterly Essay (quite an expensive lil' magazine) he wrote 'Enemy Within - American politics in the time of Trump' he penned as the first paragraph:

Every four years the people of the United States of America choose the person most likely to keep them free and safe; and best placed to decide what their country's interests are and how they should be pursued. Among those interests are the interest of national security, which means they are in effect choosing the person who will decide who should be spied upon, selectively bombed or invaded, and who left alone; who should live and who should die; if life on the planet should continue or pretty much cease.

If such is the power of the USA, shouldn't its President be chosen by the people of the world rather than just the Americans?

And a word of advice for Palestinians who want to have their own state, a Penang Hokkien word for them, namely, taan koo koo, for Israel is guaranteed blind backing by 95 million out of 230 million US voters. Which US President dares to ignore Israel and support Palestine?

Even Benjamin Netanyahu had been so arrogant as to ignore Obama and talked directly to Congress.

To be President of the USA is to lord over the world, except for Israel who instead lords over the USA. 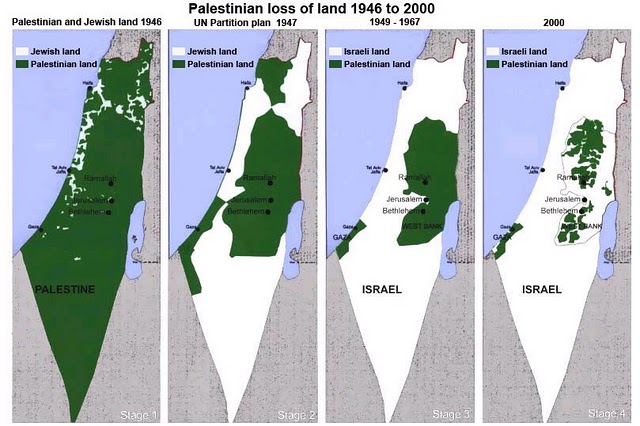