For some Malaysians, "Necessity is the Mother of Grudging Invention" 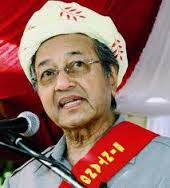 “I have already buried the hatchet,” the former prime minister told the news portal in an interview.

Malaysiakini reported the 91-year-old elder statesman as saying: “I should hope so”, when asked if there was no more bad blood between him and Anwar, who is now PKR de facto leader.

Dr Mahathir’s remarks came after he met Anwar last month in a courtroom, their first meeting in 18 years since the former sacked the latter from government in 1998.

Anwar was later charged with sodomy and corruption. He was sentenced to prison in 1999, but the Federal Court overturned the former deputy prime minister’s sodomy conviction in 2004, releasing him from jail.

Dr Mahathir dismissed Anwar’s claims that the charges against him were politically motivated.

“The police say they have evidence, it is their business to decide (to charge Anwar),” Dr Mahathir told Malaysiakini.

I guess Mahathir is still too proud to apologize, shoving that responsibility to the police, who as we all know, especially in Mahathir's PM days, only acts on orders.

So he has buried the hatchet, but has Anwar? Wakakaka. And don't forget, Anwar's daughters had insisted that Mahathir apologizes. 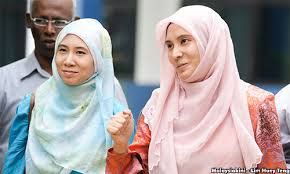 This is not to say Anwar was completely blameless, because he spoiled his victimized image by refusing to take an oath that he did not shag Saiful, whereas Saiful did take an oath in a mosque. Why wouldn't he?

Indeed the trial and evidence this & that didn't interest me so much as the oath taking because I was struck by the contrast between Saiful and Anwar, where Anwar studiously avoided the oath-taking. That was when I became alerted to the probability of who was guilty and who wasn't.

Why alerted? Because at that time I was also reminded of what Dr Mujahid Yusof, now Amanah but at that time a PAS central committee member, had commented on the damaging Saiful’s oath: “We’re still not sure of the impact. Morality is a serious thing to the Malays and Saiful did swear on the Quran and he did it in a mosque." 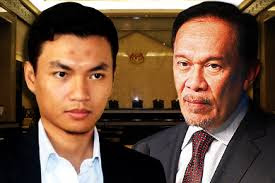 Anyway, now Mahathir has claimed burying the hatchet with Anwar, But just in April this year The Australian, a leading Aussie news media, reported him saying the following when queried about Anwar Ibrahim:

“The fact is, people complained about his moral behaviour. For me that behaviour is not acceptable as a person who was about to succeed me as a president of the party.”

“I had to expel him from the party. The rest is about his immoral behaviour and the people complained against him. The police took action as a result of the complaint and there was a nine-month trial before he was ­detained during my time.”

“I am not in partnership with him. He agreed to support the ­removal of Najib. I cannot afford to reject any support so I can’t just tell him ‘please don’t support me because I don’t like you’."

Note in first paragraph above (The Australian news report), according to Mahathir, Anwar was not fit to be PM because of his moral behaviour, hence Mahathir sacked him, whilst in the second paragraph, Anwar's moral behaviour became immoral behaviour which was complained by 'people' to the police.

That could possibly mean Mahathir wanted The Australian to note he sacked Anwar for a totally different reason (moral behaviour, presumably lack of, whatever that was or were) whilst attempting to distance himself from the Sodomy I issue (immoral behaviour, complained by people ann handled separately by police). 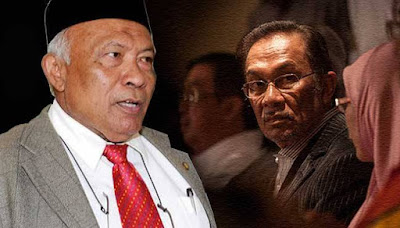 Wakakaka, Anwar, though a mamak himself, must have believed he's more Malay (and less mamak) than Mahathir.
So what this about Mahathir sincerely burying the hatchet with Anwar, and vice versa?

Translated: He has only forbidden you what dies of itself, and blood, and flesh of swine, and that over which any other (name) than (that of) Allah has been invoked; but whoever is driven to necessity, not desiring, nor exceeding the limit, no sin shall be upon him; surely Allah is Forgiving, Merciful.

In other words, if a Muslim is, say, dying out of starvation (perhaps on a desert island or in the Sahara Desert), he/she is allowed to keep him/herself alive even if he/she partakes of food that is considered haram under normal circumstances (eg, beer to avoid dying from thirst), a sensible compassionate wisdom.