Is London the Mecca for Malaysian politicians?

Mariam Mokhtar has written in Malaysiakini How will Nurul and Tony, in London, remove Najib? 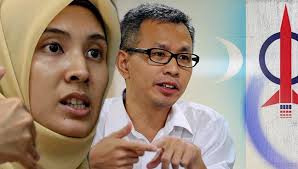 From Mariam's writing, I'm not sure whether Pakatan (represented by Nurul and TP) intends to:

(a) just remove Najib as PM, or

(b) defeat BN (and by default Najib as PM) and Pakatan becomes the new ruling coalition (but who will be PM?), or

(c) remove Najib for Mahathir's Pribumi to take over, with either Moody or Azmin Ali or Mukhriz as PM?

(d) enable Nurul and TP to make a jolly trip to London? Wakakaka.

Really, how many registered Malaysian voters are there in the UK to justify such a visit by the Pakatan duo?

Is London the Mecca for Pakatan and other Malaysian politicians. Even Pak Haji Hadi Awang went there with his cohorts sometime back. 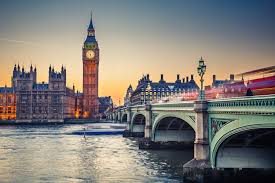 In 2014, there was a reported reconciliation talk between UMNO and PKR in London which rumour was further enhanced by Saifuddin Nasution flying off to London. RPK had written on several London trips by various Malaysian politicians including Anwar, Mahathir, Mukhriz, etc.

It's putting a strain on the tapes of Britain's MI6, wakakaka. Why can't those pollies go to South Africa or Spain or Malta for their jolly get-togethers?

Once in 'happier days' (wakakaka) I penned an article for the Centre for Policy Initiatives, in which I wrote about the English language as practised by Malaysians, and which I reproduced (with additional materials) in Kongsamkok under the title of Foreign spices add flavour to Queen's English as follows (extracts only):

Our English speaking middle class man - and he has to be a man, wouldn't he, ‘old top', as women are such delightful creatures’ wakakaka - obviously cultivates, at least in spoken English, his Anglo-Saxon ‘superiors’ whom he greatly admires though he would publicly and vehemently deny that, particularly today when it is no longer vogue to admit reverence for the ways of a former colonial master.

In some cases, he not only endeavours to speak pukka English but would perhaps even be as fastidious in his dressing, mannerisms, social etiquette, etc, as a pompous English popinjay, though perhaps our Malaysian would be more subtle in his punctilious imitation of his cultural and linguistic idol.

The occasional trips to London, his cultural Mecca, and even the Sussex and Cotswold countryside, would be obligatory, and events to joyfully share with his peers – “Oh my goodness, they have ruined the Oval. The green is utterly wretched. I am also mortified with the standards of English cricket today.”

Then to complete the character of a snob, he would of course need to sneer, or at best smile condescendingly at his own countrymen who cannot speak with the fluency and the BBC accent he has painstakingly cultivated.

Don’t blame him as after all Margaret Thatcher, the daughter of an English grocer, learnt to speak like one to the manner born (and not ‘to the manor born’ as some would incorrectly argue, though there is a BBC TV series with the title of 'To the manor born', a humorous pun on a manor in the comedy).

[...] Just as the older, more senior PKR politician was about to defend the opposition coalition, the questioner ploughed on and said, “Removing Najib is not that difficult, if you are strong.

“He (Najib) survives because you (opposition) are weak.

“So you have to do something.”

Najib cosied-up to PAS president Hadi Awang, and dangled the hudud bill in front of him. We also know that Najib’s emissaries had contacted Hadi about a ‘unity government’, ostensibly to protect the Malays and defend Islam.

The PAS politicians who knew about this, and have since left the party, failed to alert the public because they did not want to be ejected from the PAS central committee. Had they revealed the scandal, public opinion would have been behind them. In the end, rumours about this unity government were denied. To add insult to injury, the conservatives forced the moderates out, anyway.

Only a naïve Malaysian would believe that Umno Baru wants to share power with any other party. MIC and MCA leaders are deluded and more stupid than we thought possible, to think that they influence Umno Baru.

Putting Anwar behind bars in February 2015, and airing the hudud bill in May 2015, are all part of Umno Baru’s plan to destroy the opposition.


But it is not just about a fractured opposition, which is true enough with Mariam's article being spot on target, and which Najib has exploited as far as he could by default of Pak Haji Hadi Awang/s narrow-minded political perspective, with Pak Haji's sole objective seemingly being more about punishing Muslims kau kau than striving for a better healthy, prosperous, secure, welfare-state and happy well-being Malaysia.

It is also about the incompatibility if not impossibility of PAS, which is hell-bent on implementing hudud, working together with a secular-based party like the DAP. In short tactical terms, as in 2008 and 2013, it was okay. But in the long run, the two cannot see eye to eye, as each will lose its constituency's favour if each succumbs to the will of the other. How will they ever be able to form government?

Even with PKR, both could NOT agree to 'sharing' the spoils of being a government, indisputably evidenced by their inability, reluctance and refusal to form a shadow cabinet. It had been a coalition doomed to failure right from the start.

Also, Pakatan seems to be without lateral thinking nor innovative politics, still stuck in their time-zone of yesteryears (2008), where they sing the same old song, and in Anwar's unavailability, even indulges in flirting with notoriously unwelcomed old politicians for their leadership despite those people's abysmal racist records on show.

I can understand Nurul's current actions in Pakatan to some extent because as a filial daughter she wants her father freed, and thus will resort to any cooperation and/or negotiation to achieve that. But TP? Sheesh.

I know what I want to say but I reckon it will be just casting pearls before swines. Alas, under LKS and TP, the DAP seems stuck in its usual position of making mucho noises but making not much progress.

My hope is on people like Liew Chin Tong rather than LKS or TP. Of course there is also reliable and fastidious Tan Seng Giaw, M Kulasegaran, the sons of Karpal Singh (especially Ramkarpal Singh who appears to have taken over the role of his late father as the de facto spiritual leader of DAP), Teo Nie Ching, Kasthuri Patto and Ong Kian Ming ...

...  but Tan Seng Giaw is getting on in years and I would not be surprised if he retires sometime in the intermediate future.

So I place my bet on Liew Chin Tong, Gobind Singh Deo, Jagjit Singh, Ramkarpal Singh, Kulasegaran, Kian Ming and the younger set of pollies such as Dyana Sofya, Syefura, Syeleena Abdul Rashid, Jamila 'Melati' Rahim, Zairil Khir and many other younger ones/