G25, a group of moderate Malaysians concerned about peace and national unity among the various races, issues this public statement to support the suggestion by Dr Chandra Muzaffar that the Rukun Negara be made the preamble to the Malaysian Constitution. The Rukun Negara is the national ideology for creating a united and prosperous country and it is, therefore, appropriate that it be elevated to be the preamble to the Constitution, which is the supreme law in our parliamentary democracy.

Dr Chandra’s suggestion is timely in view of the current state of national unity which is still fragile despite the country achieving remarkable progress in its 60 years of economic development.

This will be exactly what the Indons have been doing since 1945, 4 years before they won in a bitter war with their Dutch colonizers their independence. They built their ideology Pancasila and incorporated it into the Preamble (Pembukaan) to their Constitution. Since then, especially during Suharto's days, the amount of effort and frequent references to and discussions on the Pancasila have been staggering, at least to Malaysian minds.

I have also suspected, very strongly, that Tun Ghazali Shafie, the designer/creator of our Rukun Negara, copied the Indon Pancasila for our own Rukun Negara, of course with appropriate amendments.

And I believe too that the Indons in turn borrowed the title (Pancasila or 5 Precepts) from Buddhism which many of my Indon colleagues didn't even realize that, until I was KPC (kay-poh-chnee) enough, wakakaka, to inform them.

They confessed to me they had all along believed the Sanskrit term Panca Sila was an Indon original conception (until KPC, moi, came along, wakakaka, and when my info was confirmed by their indoctrination officer), when it had been a Sanskrit term for Buddhism for more than 2600 years. Its Indon ideologist(s)-borrower turned the Buddhist term into a one-word Indonesian language as Pancasila.As I mentioned, Indons love and are very proud of their Buddhist-Hindu past.

Pancasila means, as I have just shown, '5 precepts' where precept (sila) means (British dictionary) a guide or rule for morals. The Sanskrit word 'panca' means five, existing in words such as Punjab (land of 5 rivers), pancawarna (5 or multi-colour in Bahasa word), pancaragam (orchestra in Bahasa - I suppose when you have 5 instruments, you have an orchestra), panca indera (5 senses in Bahasa), etc

Contrary to my Yankee colleagues the word sila is not a command or Commandment as in the Abrahamic religions, but a mere moral guide to doing what is deemed morally correct - it's up to you then,

The Indon Pancasila is:

1. Belief in the one and only God (in Indonesian, Ketuhanan Yang Maha Esa).

3. The unity of Indonesia (in Indonesian, Persatuan Indonesia).

4. Democracy guided by the inner wisdom in the unanimity arising out of deliberations amongst representatives (in Indonesian, Kerakyatan Yang Dipimpin oleh Hikmat Kebijaksanaan, Dalam Permusyawaratan Perwakilan).

5. Social justice for all of the people of Indonesia (in Indonesian, Keadilan Sosial bagi seluruh Rakyat Indonesia). 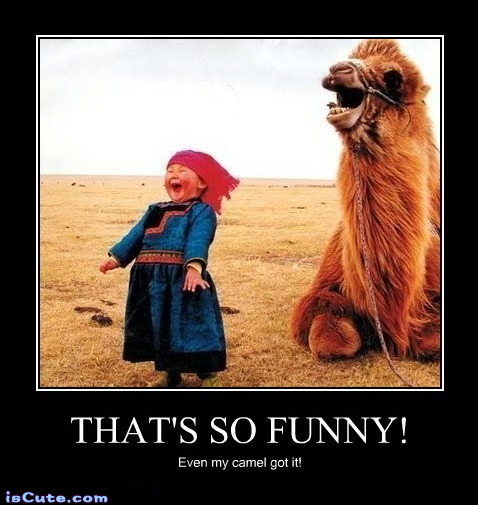 But prior to that, ensure also the Pembukaan to the Malaysian Constitution and the Rukun Negara both have the necessary values of our society to uphold equality, nationalism (love and unity of Malaysia, thus Persatuan Malaysia), democracy (if at all we are interested in it, wakakaka), social justice, humanitarianism (Kemanusiaan Yang Adil dan Beradab) and respect for our Rulers.

Currently, our Rukun Negara is:


Is it better than the Indon Pancasila?

BTW, originally, the Indon Pancasila was as follows:


2. Internasionalisme (Internationalism), an emphasis on justice and humanity


3. Musyawarah Mufakat (Deliberative Consensus), an emphasis on Representative democracy which holds no ethnic dominance but an equal vote for each member of the council

4. Kesejahteraan Sosial (Social Welfare), influenced by the idea of the welfare state, an emphasis on populist Socialism


5. KeTuhanan yang Maha Esa, an emphasis on monotheism and religiosity


You would note that that originally 'KeTuhanan yang Maha Esa' was No. 5, and not the first sila.

Thus, right from the very start (in 1945) there was a competition between the nationalists-military and the ulamas. But eventually after several (probably acrimonious) meetings, the Pancasila proposed by Sukarno were rearranged.

Wikipedia said: The fifth sila concerning religiosity was promoted to become the first sila. Internationalism, justice and humanity remain as parts of the second sila. The previously first sila about nationalism became the third sila about Indonesian unity. The third and fourth sila about democracy and social welfare become the fourth and fifth sila.

Pancasila was thus intended to help solve the conflicting priorities among Muslims, Nationalists and Christians.

The Indon Muslims have never been happy with the Pancasila because they assessed the ideology was too religiously neutral and tolerant, allowing the audacity of other religions to be considered as equal to Islam.

They had wanted Indonesia to be an Islamic State, a theocracy where the ulamas could rule the nation with its huge Muslim population, the largest in the world. But the nationalists and military a la Kemal Atartük denied those ulamas their aggressive dream.

In fact, I know many Indon military officers whom I met in Oz and most of them, many being Muslims, fantasized themselves as Kemal Atartük, who is their hero. They are more nationalists than Muslims.

Alas, the Indon ulamas had the narrow and flabbergasting intolerant mentality mindset of most Islamists, like Pak Haji Hadi Awang who has insisted yesterday that "Islam has to be the leader and ruler, those who are not of Islam must be followers (pak turut)”

As some people remarked in Malaysiakini, 75% of world's leaders are non-Muslims, so what is Pak Haji going to do?

In May this year he also said “PAS wants Sarawak led by a Bumiputera, not other races, and they must be Muslims. We will not allow others and we disagree with anyone from the DAP leading Sabah and Sarawak."

While it's understandable about his hatred of the DAP, wakakaka, it is seditious of him to state a non-Muslim Bumiputera (eg. Iban, Murut, Orang Tua, Kadazan, etc) cannot be CM of Sabah and Sarawak.

Yes, it is seditious for him to say an Iban, Kadazan, Murut, Orang Tua or any of the bumiputera in Sabah and Sarawak who is not a Muslim cannot be the CM of either state. He should be jailed for such seditious nonsense.

If Rukun Negara is to be included, preferably in the Preamble to the Constitution, those ulamas or any clerics of other religions should be controlled kau kau lest they sneak into the Preamble undesired elements of their wishlists to confront the secularity of Malaysia, which Mahathir did in 2001 and 2002 to arbitrarily (but without legal foundations) turn Malaysia from a secular into a fundamentalist Islamic State.

Lim Kit Siang then railed, ranted and raved about Mahathir's dictatorial declarations, but today LKS is working together with Mahathir. Sheesh!

Oh BTW, Pak Haji Hadi Awang can send his suggestions or dictates, wakakaka, for the Rukun Negara proposals from his 'lokup', where he will/should be held for making seditious statements re Sabah and Sarawak non-Muslim bumiputeras wakakaka.