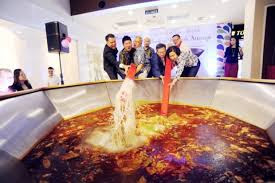 PETALING JAYA, Oct 30 — Consumer groups and a soup kitchen are appalled by an event in Kuching where a giant bowl of Sarawak Laksa was cooked only to be thrown away after setting a Malaysian record.

They are calling on the government to introduce laws to curb food wastage and urged the authorities to discourage record-setting attempts that involve food.

“This is not a joke anymore. The government must implement laws in each state and strictly enforce it to ensure an incident like this does not repeat,” he said.

Shocked by the organiser’s decision, he said the habit of using food to set records and create a name for themselves should stop.

“The local authorities must stop record-breaking events that involve food. These type of events are extremely unnecessary and childish,” he said, adding food wastage was equivalent to damaging the environment.

He said organisers must be held responsible to be a lesson to others.

“This incident should not be taken lightly. It does not matter if they had wasted one or 1,000 bowls, it is still food wastage.”

Some 1,500 servings of Sarawak Laksa were thrown away after the event on Friday, prompting a public backlash.

Nearly 600kg of food, including prawns and chicken, went into the “Biggest Bowl of Sarawak Laksa”, organised by a mall, Plaza Merdeka.

Consumers’ Association of Subang and Shah Alam president Jacob George said yesterday the implementation of by-laws at state level would be the fastest and most effective method to curb food wastage.

On wastage of food, this should, nay, must be criticized, condemned and counselled against.

However, I disagree with introducing a law to curb such profligacy.

How will one objectively decide 'wastage'? Subjective assessment is okay but it will still be opened to arguments; but to objectively determine 'wastage'? I think there will be problems to achieve this and the ensuing disputes on 'wastages' will become ideal scenes for lawyers to argue until kingdom comes.

Then, what if the culprit claims no one wants to eat it? Or, that the food thrown away has been 'accidentally' contaminated? Or, there can be hundreds of excuses or even plausible reasons.

It's a legal swamp full of quicksand pits. The best approach would be for society and the authorities to frown on any events. Shun such ostentatious showoffs. Social ostracization and government advice will be the best non-laws to put a halt to such senseless food profligacy.

Food involved in the making of the biggest, longest, heaviest whatever have been a worldwide phenomena, and in Malaysia, this has been particularly influenced by our proclivity for entry into the Malaysian Book of Records - recall Najib's attempt to cover a pyramid in Egypt with batik, until his silly suggestion was shot down by the Egyptian Minister of Antiquity. 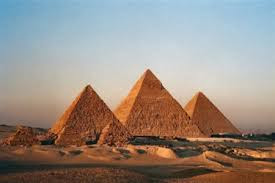 And there was a claimed dropping by air of a Proton at the North Pole (or somewhere thereabout) which Mahathir found out to his dismay had been an incorrect claim. But even if that claim was indeed fulfilled, what would it have achieved, other than another entry into the Malaysian Book of Records and the organizers ingratiating themselves with Mahathir.

Let's stop all these silly gimmickries and get on to serious substantial stuff, like worldwide-recognized achievements in our academic, sports, technological, scientific, agricultural, etc, fields.

That's not to say we shouldn't have a wee fun from time to time but avoid wasting food, such as creating the biggest pretzel "cat" ever.

As for Dr Jacob George, the president of the Consumers’ Association of Subang and Shah Alam, I commented on his views once in 2006 when I felt he was being unfair about piggeries.

On 06 April 2006, in my post Pig & Prejudice (apologies to Miss Jane Austen, wakakaka) I wrote (extracts only):

Of course most fair-minded non-Muslim Malaysians understand that it’d be only natural for Muslims to want the domestic variety of this animal and its farming rid off from Malaysia. Lately the complaints of pigs' excrement polluting rivers and other water sources have re-emerged. We recall that recently the Malacca government had threatened to close all pig farms in that state.

There is no doubt that pig farming had contributed to pollution though it's not the only cause - in fact there are worse. Unfortunately because of the religious-emotional implications the solution seems to be to ban pig rearing rather than enforced strict health and hygiene controls over pig farming activities.

Even Dr Jacob George, president of the Consumer Association of Subang and Shah Alam (Cassa) has called for pig farms to be shut down completely. He said that a comprehensive study would show that the pig farms in the country had been badly managed, resulting in the pollution of water catchment areas over the past four decades. 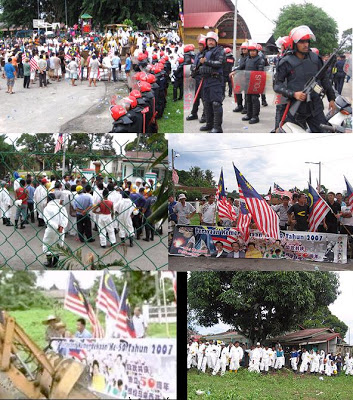 If my English is not too dodgy, and do excuse me if it is, Dr George’s use of the verb ‘… would show …’ in his assertion, as reported by Malaysiakini, means that such a study had not yet been carried out. In other words, he has only made a guess-timate to his asserted outcome of such a study.

While I do share his concerns and indeed respect his expert assessment (even the guess-timate as it might have been), I am extremely disappointed by his approach to the proposed solution. Why hasn't he demanded instead that the piggeries be made to comply with environmental rules that western countries have successfully enforced on their pig farms?

I have been tempted to liken his solution to President Bush's argument to attack Iraq for the incident of 9/11 because Saudis and Egyptians perpetrators were responsible for attacking America - OK, maybe it's not deserving of that analogy but I am still disappointed by his lack of alternative solutions, many of which could easily be adopted from the West!

Then Dr George's reason become clearer as I read on. Malaysiakini quoted him saying that the radical idea, namely banning pig rearing, almost like what was proposed by blogger Aisehman a couple of years ago, “must be pushed through to safeguard the interest of Malaysia’s multiracial population, resources and environment”.

If he didn’t use the term ‘multiracial’ his proposal would have been seen to be more scientific-based, but obviously Dr George has factored in the socio-politico-religious factor.

If I may reiterate, the pig is both an abhorrent and popular creature, depending on which Malaysian sees it! I find it difficult to support his proposal to ban pig rearing because he has omitted examining all possible remedies.

The pig is reared successfully in many western countries, outstanding examples being Denmark and Australia, where piggeries are very well kept and maintained to the highest health and hygiene standards. Denmark has been doing so with the highest standard of hygiene for eons, making pig related products a multi-billion dollar export item. Many may not realise that the pig and its pork were once Malaysia’s multi-billion ringgit export item too.

As mentioned, because of the religious-emotional factor, these facts seem lost on some of our ban-the-pig advocates.

Meanwhile the far greater and prevailing danger of avian flu hasn’t merited the same degree of abhorrence or even fear to motivate demand for the total banning of fowls, including ridding Malaysia of chicken farms completely and indeed unhealthy hobbies like birds rearing or pet keeping, which under conditions of the current pandemic threats, should be considered as unnecessary and dangerous and an unmitigated health hazard.

Instead, in the face of such pandemic threats I hear but only deafening silence and a total absence of proposal to eliminate anything fowl-ish in Malaysia. The energy has been channelled towards eliminating pigs.

But alas, when emotions step in, logic and consistency of arguments must exit! It's a pity that a pair of pigs, and indeed birds, chickens, cows, rats, etc, were allowed on board Noah's (pbuh) Ark.

I regret to say, in my opinion, that his statement yesterday on introducing a law to prevent food wastage, to wit, his "... the implementation of by-laws at state level would be the fastest and most effective method to curb food wastage ..." has not been well thought out, for the legal reasons I made above.

By the way, Chinese are known NEVER to waste pork dishes, wakakaka. 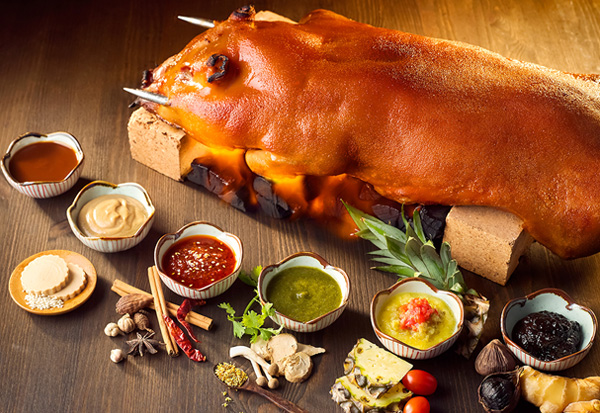