This is hawtie news from the Star Online column.

Sweetie Joceline Tan, probably the chief publicist and spinmeister for the Barisan Nasional has dropped us some luscious tidbits in her Insight column, with this week’s article titled KL seats safe but not so safe.

Needless to say, the title tells us she’s hedging her bets. Like Wong Chun Wai, she draws parallels to the American Democratic party’s primary’s where she asserted that:

The people in Kuala Lumpur are supposed to be more urban and well informed but the city is not going to rock on national issues like corruption and judicial independence. Instead, rice-bowl sort of issues will prevail in the 11 parliamentary seats.

She continued: Those who think that KL urbanites will be voting based on national issues like corruption, the keris, or the scandalous revelations of the Lingam video inquiry will be disappointed.

Like the United States primaries, which had started off with big issues like the Iraq war and terrorism, the build-up to the general election had been heavy on big issues like corruption, judicial freedom and religious concerns.

And like the primaries, it is quite apparent that the main concerns of Malaysian voters will boil down to rice-bowl sort of issues – costs of living, jobs, and matters that affect their daily lives like crime and security.

“Even issues like human rights, it is important in civil society but there's no market for it in places like Batu,” said Datuk Ng Lip Yong, Batu MP and Deputy International Trade and Industry Minister.

Well, my dearest tweetie sweetie, the US Democratic Party primaries tussle between Obama and another sweetie (that I have also been considering in my Lustful Fantasies), Hillary, has been more about their sell of ‘change’ versus ‘experience’, against the background of an America traumatised by the Iraqi War and the divisive impact of its 2004 presidential elections, where that nation was described as divided between the ‘reds and the ‘blues’ because of Bush’s dirty tricks campaigning.

While I am not disputing the important ‘3 bows of rice’ concerns among the general Chinese Malaysian voters, if there is any parallel to be drawn with the Yanks, then among the Chinese middle class it’s also about ‘change’ and ‘status quo’ (sometimes touted as ‘experience’ or more correctly, ‘corrupt experience’).

But to be fair to sweetie JT she did quote DAP politician and researcher Liew Chin Tong, ‘these everyday kind of concerns could not be more pronounced than in highly urbanised KL where the pressures of day-to-day living are more acute and the shortcomings of bureaucracy and government policy more keenly felt.’

According to sweetie: ‘The DAP has been hoping that if there is a swing against the ruling party, it would show in a place like KL where people are presumably more sophisticated, better informed and more up to date with current affairs.’

In other word, my argued version for drawing parallels to the American Democrat primaries.

Sweetie believes that while some ethnic votes may drift one way or another, the status quo of the BN with seven seats and the DAP with four will be maintained. But like everyone, she wondered about the H-power, and mentioned Lembah Pantai with its multi-ethnic composition of 53% Malay, 25% Chinese and 20% Indian.

JT sees incumbent MP, sweetie Shahrizat Jalil as more conscious about the Chinese than the Indians voters. JT advised that she should not neglect the latter as it’s a far more urgent factor – kaytee translates that to mean, ‘Sharizat, don’t take the Indians for granted.’

Now, why did I say that JT wrote Shahrizat Sweetie Shahrizat Jalil is more conscious about the Chinese voters?

Because sweetie Shahrizat ‘has appeared at recent functions wearing one hot-looking Chinese outfit after another.'
Holy moley, as I said, this is hawtie news from the Star Online column. If sweetie Shahrizat had been wearing cheongsum, I am going to kill myself for not being there to see her sauntered by with the dress side slits, hopefully to hypoxic altitudes.

It seems Shahrizat may be borrowing a leaf out of Maxime McKew’s book. Incidentally Maxime McKew has been the giant killer of Australia’s Bennelong parliamentary seat where she did the virtually impossible, kicking former PM John Howard out of his once stronghold with the support of the Chinese voters there. See my post What is 'Wong' with this country?

Sweetie JT suggested that sweetie Shahrizat ‘may also want to use her exotic Indian roots to woo her Indian constituents.’ Hmmm, perhaps one of those sexy Bollywood styled sari? Yummmy papadom! 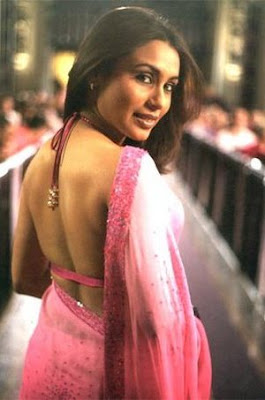 But JT was a wee catty in writing that ‘Teresa Kok, all set to win a third term in Seputeh, has grown into a national figure in the DAP and seems incapable of doing any wrong in the eyes of her constituents. Her only shortcoming, quipped one of her supporters, is her dubious dress sense.’ 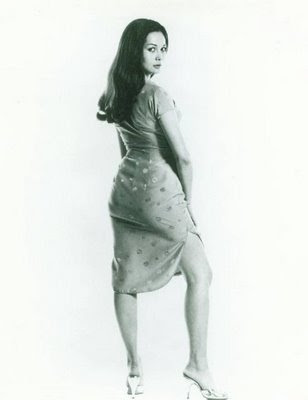