G25 says, as reported by FMT, that it's ‘Plain stupid’ to separate cups in school (extracts): 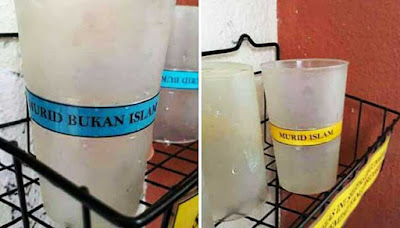 PETALING JAYA: As expected, a primary school’s policy of segregating drinking cups for Muslim and non-Muslim students has been slammed, with the G25 group of former civil servants describing it as “plain stupid”.

Earlier today, checks by FMT at Sekolah Kebangsaan Taman Puteri in Hulu Langat confirmed pictures in social media that the school had separated cups at the drinking water dispenser by labelling the cups with “Muslim” and “non-Muslim” tags. [...] 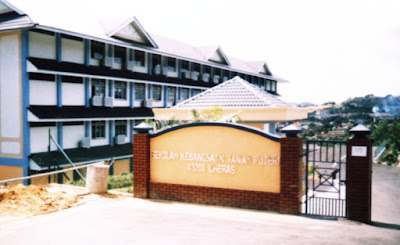 G25 member Johan Arriffin said incidences like this made him fear where Islam was heading in the country.

“Things like this will only create divisions among Malaysians in the name of so-called religious practices. In fact, it shows how much we’ve lost our sense of what religious values actually mean — religious values like tolerance.”

Johan said on matters like what is halal, what was important was cleanliness and hygiene, rather than whether a non-Muslim used a cup.

“With a cup, you wash it and it’s clean. It doesn’t matter whether it is used by a Muslim or not. To have separate cups is plain stupid.”

He added that if everyone were to adopt a mindset of segregation between Muslims and non-Muslims, the issue would never end.

“You’ll have a situation where you have to separate everything, from utensils to the person preparing the meals. It’s ridiculous.”

It changes hands, from Muslim to Cinapek to Indian to Jewish to American hands.

Please let me know when Muslim staff and students at Sekolah Kebangsaan Taman Puteri in Hulu Langat throw away such 'contaminated' money. Kaytee will be there in a flash, wakakaka.

But aren't we becoming like once-White Supremacist Apartheid South Afrika? 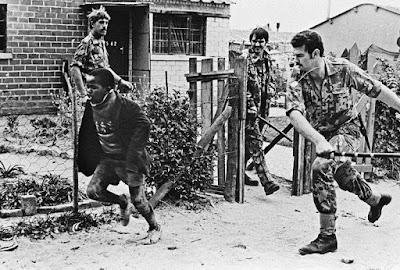 With our racist discrimination and enforced ethnic divisiveness, even at primary school, we are almost there.

Thanks to a person who invented the racist Biro Tatanegara to racially indoctrinate the Chosen.