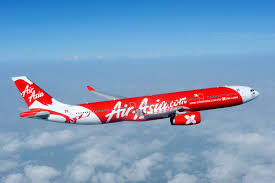 PETALING JAYA: The man behind the controversy over the events surrounding AirAsia X flight D7237 from Perth to Kuala Lumpur last Sunday has finally spoken up, saying there was nothing wrong in asking passengers to pray.

In an interview with Berita Harian today, flight captain Ibrahim Jalaluddin said he had relayed a “may day” signal to the Perth air traffic control after the plane suffered a mid-flight incident that damaged the left engine forcing the crew to shut it down.

“When the aircraft was at a normal cruising mode, moving between 38,000 and 40,000 feet, we heard a loud sound like something hitting a metal object."

Was that the standard of AirAsia pilot, to porpoise his aircraft like a yo-yo in a 2,000 feet vertical band while in a normal cruise?

It gives me the unpleasant feeling that the pilot was either not cruising, did not even know what a cruise should be or could not fly 'straight and level.'

“I thought we had hit another aircraft, because our plane was swaying left and right."

“Then I realised this was due to the left engine having lost all function. This was also evident when the auto pilot failed to work, because it had been set to turn left but took the aircraft to the right instead,” the Malay daily quoted him as saying.

KT comment: If the aircraft lost operational function of its left engine, and the auto-pilot failed to work, why would the aircraft move to the right?

It should and would have swung to the left, towards the 'dead' engine. Why would the aircraft  swung the other way to the right, unless ... wakakaka ...

The pilot has given us more questions on what he said to Berita Harian.

He stood by his announcement to passengers in the face of the danger the flight was in, where he was reported to have asked them to pray, and adding that he too was praying the flight would land safely in Perth airport.

“I made that announcement due to my belief in the Almighty."

“I also prayed and I felt it was not wrong to ask the passengers to do the same." [...]

No one is questioning his religious belief but rather, his professional behaviour in calling on the passengers to pray.

Notwithstanding the typical to-be-expected slew of defensive support given by AirAsia management, the Malaysian 'establishment' and so-called local aviation 'experts' who even have the flabbergasting nerve to claim that it's S.O.P (standard operating procedure) for the pilot to call on the passengers to pray, no professional pilot in the world, including the majority of Malaysian pilots, would have done that.

No one is asking the AirAsia pilot to emulate the sterling professional example of the captain of British Airways (BA 9) that was flying to Auckland, New Zealand from London in 1982.

BA 9 experienced a most dire situation in which all four engines of the B747 suffered flameout, meaning all four of its engines stopped working at one point due to ingestion of volcanic ash issued by Mount Galunggung.

Additionally, the volcanic ash caused very poor visibility for the pilots of BA 9. The aircraft was in far more dire conditions.

As MM Online informed us that the following was what the Captain Eric Moody of BA 9 said:

“Ladies and gentlemen, this is your captain speaking. We have a small problem. All four engines have stopped. We are doing our damnedest to get them going again. I trust you are not in too much distress.”

Eventually the pilots re-started the engines and diverted safely to Jakarta, landing safely with three engines operating. Now, that was aviation professionalism at its acme.

Undeniably the pilot exhibited typical but admirable British understatement, no doubt with a stiff upper lip, wakakaka. Indeed, no one has asked or expected Captain Ibrahim Jalaluddin to be exactly like Captain Eric Moody.

“We then opted to reduce the speed to the approved minimum, and even though it was unsuccessful, we never gave up hope and thankfully found a way to land the aircraft safely.”

What self-inflating pompous but scary cock has he been talking about '... we never gave up hope and thankfully ...'?

Professional pilots, whether military, airlines or chartered, don't give up hope, ever!

When they overcome an emergency, no matter how dire, that's because of their skills (from training and experience), initiatives and air/ground support they received, but they don't say stuff like '... thankfully ...'.

I've to say I am totally flabbergastingly fu-lat-ishly f**ked by what I have read of Captain Ibrahim Jalaluddin's statements.