From Malaysiakini - Anwar fears Bersatu's plans for Harapan too similar to BN (extracts):

PKR de facto leader Anwar Ibrahim is worried that Parti Pribumi Bersatu Malaysia's (Bersatu) proposal to occupy both the position of chairperson and president in Pakatan Harapan may make the opposition coalition's structure too similar to BN.

"The concern with Bersatu's proposal to revamp Harapan's structure, in which its top leaders would control the positions of chairperson and president, is that the new Harapan structure will become similar to BN," the jailed leader said in a statement released through his party.

"Pakatan Harapan must maintain its tradition of discussion and consensus, like in (now-defunct opposition coalition) Pakatan Rakyat.

"All party chiefs are of equal positions and the chairperson only acts as a coordinator.

"All preparations and meeting agendas should be handled by a joint secretariat comprising representatives from all parties." 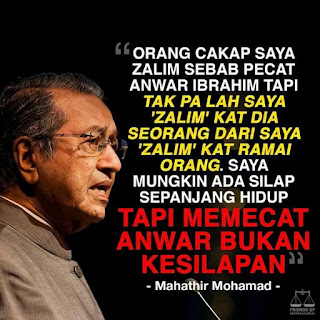 Anwar should know (Mahathir's sinister motive) as he was Mahathir's deputy, right-hand man and heir-apparent in UMNO for years, as well as suffering his former boss' oppression.

In the event Pakatan Harapan (PH) wins the election in GE-14, Mahathir obviously aims to control PH (as a BN-like coalition) and consequently the next Malaysian government, all for his own devious plans, which in general will not be favourable to Chinese and Indians and even most Malays, unless they are his cronies.

Should DAP refuse to 'come to heel' (obey him), it's likely he will break off his Pribumi from PH, assuming Pribumi has won a sizeable number of seats, to form a new coalition (called 'Pribumi-est', wakakaka) with the losing UMNO, and perhaps even with PAS and PKR, to seize government from PH, that is of course if the new 'Pribumi-est' coalition can form a majority (under current numbers, at least 112 seats).

Nothing good will come out of allying one's party with a devious bigot like Mahathir who for a scary start, dislikes Chinese since Day One (the 1960's), and showed it in spades in 1969 when he told the Cinapeks in his Alor Setar Selatan constituency to take their Cinakui votes and shaft it where the sun didn't shine.

They (those Cinakuis) did just that, giving their votes to Yusof Rawa of PMIP (today's PAS), wakakaka. But was Mahathir repentant for his arrogant bigoted big mouth? Nay, he hated the Chinese even more.

Wikipedia tells us that Mahathir had been politically active since the end of the Japanese occupation of Malaya, when he joined protests against the granting of citizenship to non-Malays under the short-lived Malayan Union.

And he has on more than one occasion alluded to the 'ungrateful' Chinese that Malay privileges was, is and must be a quid pro quo for Tunku's stupidity in giving them citizenships, ignoring how Malaya had gained its Independence through a consensual agreement between the three major ethnic groups of Malaya and the British. Memang seorang Melayu Mamak mudah lupa.

Two other items he hated and disagreed with Tunku were:

(a) retention of British and Commonwealth forces in Malaya (not yet Malaysia) after Merdeka, and

(b) the inclusion of the economically-strong Chinese-majority Singapore in the subsequent merger to form Malaysia.

What would have happened to Malaysia if Tunku had passed away much earlier due to, say, a sudden massive heart attack immediately after Merdeka, say, in 1958, and a nascent powerful young Mahathir reached the upper policy-making echelon of UMNO then and had his wish-list accepted and implemented?

1. Would a then Malaya, without the presence of British and Commonwealth forces in Malaya (the Peninsula) and without a Chinese-dominated Police Special Branch, the principal Intelligence in the fight against the Communist terrorists, cope ably with the communist insurgents?

2. Would a subsequent Malaysia but minus British and Commonwealth forces (and minus British colony Singapore) cope with the Indonesian Konfrontasi and an aggressive Philippines claiming North Borneo? 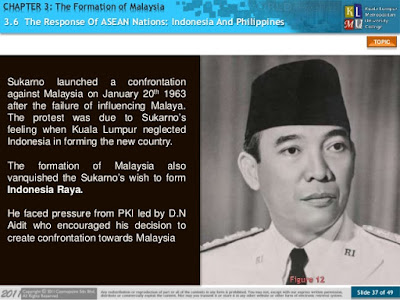 3. Where would the then 38% of Chinese in Malaya in 1957, numbering approximately 2.4 million, go if Mahathir's intention NOT to give them citizenship was approved as government policy?

(i) hung around as stateless people like Hmong tribes in Thailand and Laos? 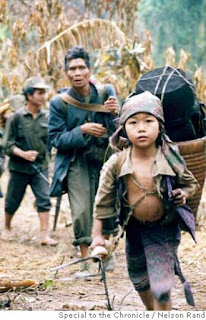 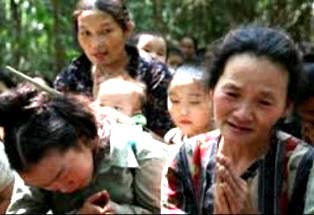 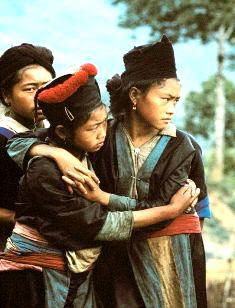 (ii) be expatriated by the British to its former colonies in Singapore, Sarawak, North Borneo, Hong Kong and the (wakakaka) Falkland Islands?

(iii) be expelled by Home Affairs Minister Mahathir as 'boat people' and 'shot' (or 'shoo', wakakaka) if they attempted to sail back to Persekutuan Melayu?

Something to remind you or those who then too young to know what was going on, as follows. 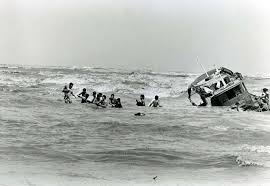 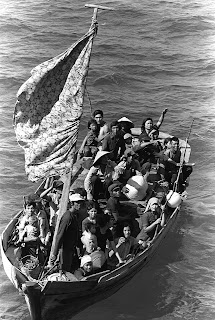 From The Washington Post (19 June 1979) - Malaysia, in Clarification, Says It Will Not Shoot Refugees (extracts):

The Malaysian government assured the world tonight it would neither shoot Vietnamese refugees nor evict them from camps, but warned other countries it is losing patience with the slow pace of resettlement.

Attempting to clarify reports that had caused a worldwide alarm, Malaysian officials insisted there had been no drastic change in policy but emphasized they will continue to block landings by new refugees.

In a letter to U.N. Secretary General Kurt Waldheim, Prime Minister Datuk Hussein Onn declared: "I wish to state that our measures to prevent further inflow of the boat people do not include shooting them."

But he said that if the refugees are not eventually settled in third countries, Malaysia will either force those sheltered here back into the sea on boats or leave them "to rot" in their camps.

His statement contradicted the assertion last Friday by Deputy Prime Minister Datuk Mahathir Mohammed who, according to several news agencies, threatened that new refugees would be shot and that the estimated 75,000 in camps here would be put back to sea. He also was reported to have said that Malaysia is building a fleet of boats to faciliate the refugees' expulsion.

Robert H. Miller, appointed Ambassador to Malaysia in 1977, discusses the ethnic tensions in the country at the time in dealing with a flood of refugees.

MILLER: One of the big crises was when a big old cargo boat called the Hai Hong arrived, for the first time on the west coast of Malaysia, about 20 miles from Kuala Lumpur, with 2500 refugees aboard who were not starving, but were underfed, and among whom disease was beginning to break out. It was an overcrowded, desperate humanitarian situation.

The Malaysian government’s reaction was to tow the ship out to sea and not let it land. It was the last straw for them. I was getting urgent instructions from Washington not to allow that boat to be towed out to sea. The U.S. TV network cameramen were there to film this thing.

I went to see the Prime Minister [Hussein Onn], and we talked the thing out and he finally agreed–he was being pressed, of course, by his experts to get the thing towed out to sea so that they could ignore it.

But finally, the Prime Minister agreed that, if we and the other members of the international community and the UN High Commissioner for Refugees would interview the refugees on the boat, in the harbor and take them directly to the airport to go to their resettlement country, so that the Malaysian government could assure its people that they were not increasing the number of refugees in the country, they would not tow the boat out to sea. We worked out that compromise and that crisis was solved.

Guess who was pressing Hussein Onn?

This is the man who now wants Chinese to vote for him and his Pribumi Party, not that we don't know him (except for youngsters like Mandy Ping who was too small to realize Mahathir's draconian destructive despicable rule as PM, wakakaka). 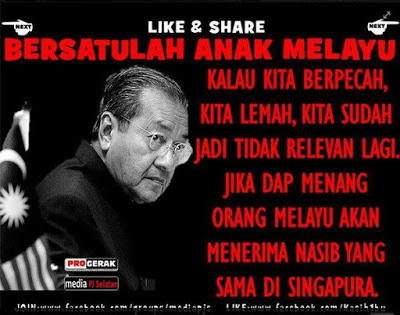