On 06 June 2017 (3 weeks ago) I posted Jubilee or jubilant Israeli celebration? in which I wrote about the Jerusalem Golden Jubilee celebrations, that (extracts): 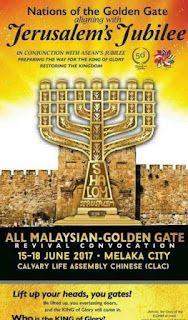 ... it's a 50th anniversary celebration of Jerusalem, which if we count backwards, takes us to 1967 when Israel beat the Arabs in the 6-Day War and captured East Jerusalem from the Jordanians.

So the Golden Jubilee of Jerusalem is the celebration of the Israeli military conquest of East Jerusalem in 1967, allowing the government of Israel to 'unite' East and West Jerusalem into one.

But it has EVERYTHING to do with Israelis, Israel and its 1967 military conquest of East Jerusalem from the Jordanians, and the Israelis' avowed intention to make Jerusalem its national capital and to build the Third Temple to YHWH there.

Even Bishop Jason Selvaraj of Christ Church described the action as utterly insensitive, promoting a Zionist celebration as a guise under a Malaysian Christian celebration.

DPM and Home Minister Ahmad Zahid has done the correct thing in banning the celebration as that has NOTHING to do with Christianity and EVERYTHING to do with Israeli sinister nationalism which is not our concern.

I have a good mind to include the Calvary Life Assembly Chinese Church (CLAC) in my series of Malaysian Morons, wakakaka.

Why morons? Because they wanted to celebrate an Israeli nationalist miliatry conquest, which has everything to do with a secular event and ironically a race whose ancestors killed the Christians' Jesus Christ.

Malaysian Christians celebrating with the race who forefathers killed Jesus? Isn't it now the appropriate time to swear "Jeez', wakakaka.

Many wrote in to chew me for being against Christians but read on, you moronic supporters of the murderers of Yehoshua ben Yosef (Jesus), wakakaka.

Culture and Sports Minister Miri Regev on Sunday unveiled the logo to be used in the upcoming celebrations marking the 50th anniversary of reunification of Jerusalem under Israeli rule.

The logo that will feature on all official Jerusalem Day jubilee events in June, features an Israeli flag flying atop the old city walls and the Temple Mount and is accompanied by the slogan: “50 years since the liberation of Jerusalem.”

The gold and white stylized 50 emblem, with the five resembling the lion from the Jerusalem flag, was presented by Regev at Sunday’s cabinet meeting, and was met with widespread praise from fellow ministers.

Regev said her insistence on using the word “liberation” and not “reunification” in the logo’s design sought to counter efforts distort the Jewish connection to Jerusalem.

“This logo tells the true story of Jerusalem,” Regev told ministers at the start of the meeting. “If we are not able to say to ourselves that we liberated Jerusalem from generations of foreign occupation, how can we complain when the world does not?”

Jerusalem Day is a national holiday in Israel that marks the capture of East Jerusalem by Israel from Jordan in the 1967 Six Day War. While Israel regards the parts of Jerusalem captured in that conflict as part of Israel proper, the land is widely seen internationally as occupied by Israel.

Regev also stressed that part of the image featured “an Israeli flag that has returned to fly above the old city walls, the Western Wall, and the Temple Mount.”

The jubilee events will take place less than a year after the United Nations Educational, Cultural and Scientific Organization (UNESCO) passed two resolutions that condemned Israel’s control of East Jerusalem and failed to mention any Jewish or Christian connections to the city.

One of the resolutions passed by UNESCO in October, referred to Jerusalem Temple Mount compound solely by its Muslim names, “Al-Aqsa Mosque/Al-Haram Al-Sharif,” defined it only as “a Muslim holy site of worship,” and accused Israel of various violations at the holy site.

The Western Wall, the outer retaining wall of the Second Jewish Temple, sits at the bottom of the Temple Mount and is Judaism’s holiest site.

The Temple Mount compound has been a repeated flash-point for clashes between Palestinian protesters and Israeli security forces.

The resolutions were met with widespread condemnation in Israel, including from Prime Minister Benjamin Netanyahu who recalled the Israeli ambassador to UNESCO in protest.

Regev at the time castigated UNESCO for passing the resolutions she called “shameful and anti-Semitic.” 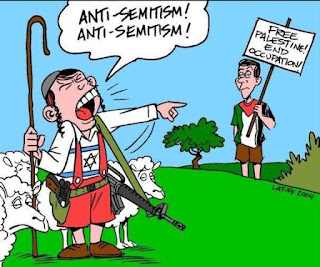 Whenever Israelis couldn't get their own way, they would condemn others (non-Israelis, non-Jews) as 'anti-Semitic', which BTW in lexicographical definition could also mean 'anti-Arabic', as the term 'Semitic' refers to Middle-East people who are Arabs, Hebrews (Israeli, Jew), Aramaic speaking Phoenicians (Lebanese,) Chaldeans (Iraqis), Judeans (Israelis), Assyrians (Iraqis, Turks, Iranians)), and Akkadians (Iraqis), etc.

But alas, that term 'anti-Semitic' has been stolen and monopolised by the Israelis as their unique own to the exclusion of everyone else, as they have stolen other Arabic properties and rights.

I hope in future Malaysian Christians will not be so idiotic as to celebrate a non-Christian but foreign country's secular nationalist event. Furthermore, read Matthew 27:19 - 26 (KJV):

While Pilate was sitting on the judgment seat, his wife sent him this message: "Have nothing to do with that innocent man, for I have suffered terribly in a dream today because of Him."

But the chief priests and elders persuaded the multitude that they should ask Barabbas, and destroy Jesus.

The governor answered and said unto them, Whether of the twain will ye that I release unto you? They said, Barabbas.

Pilate saith unto them, What shall I do then with Jesus which is called Christ? They all say unto him, Let him be crucified.

And the governor said, Why, what evil hath he done? But they cried out the more, saying, Let him be crucified.

When Pilate saw that he could prevail nothing, but that rather a tumult was made, he took water, and washed his hands before the multitude, saying, I am innocent of the blood of this just person: see ye to it.

Then answered all the people, and said, His blood be on us, and on our children.
Then released he Barabbas unto them: and when he had scourged Jesus, he delivered him to be crucified.

They should not forget another reality, that their Christian brethren in the Middle East are the Arabs, especially Palestinians, Lebanese, Egyptians, Jordanians, Syrians, Iraqis etc, and NOT the Israelis who are NOT Christians but in fact look upon Christians as goyim (inferior non-Jews or untermensch (sub-humans) and unclean pagans. 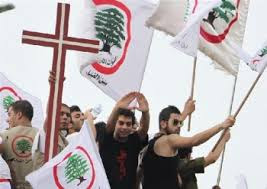 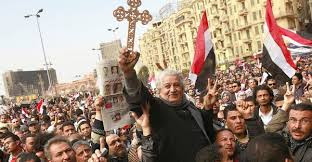 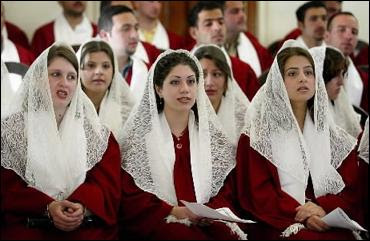 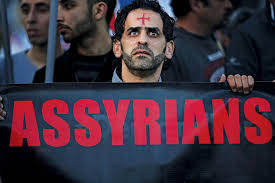 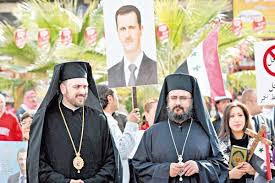 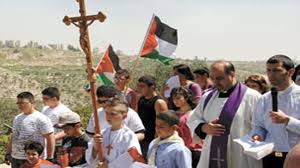